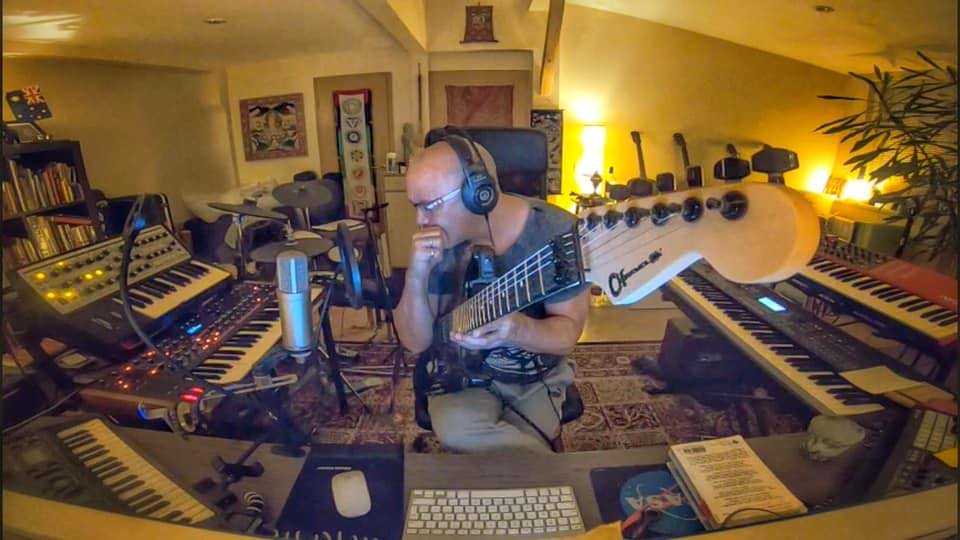 The launch of Dan Reed’s fifth solo album is looming on the horizon. Titled ‘Liftoff’, this sublimely chilled-out collection of 11 tracks (released on Zero One Entertainment’s label and distributed through Townsend Records) will ship and be available on all streaming and download platforms from 4th December, 2020.

Though Dan may be best-known for his funk rock work with Dan Reed Network, he also excels at electronic soul rock. Writing for Metal Planet Music, Paul Sabin rightly observed, “Dan Reed has always been able to dodge the pigeonholing of his music by making every release, innovative, exciting and diverse.” That’s true of Dan’s albums, his songs and his videos. His latest releases, each and all, keep up that creativity, momentum, and track record.

During the countdown to ‘Liftoff’s’ launch, Dan is releasing 4 specially-made lyric videos in order to give a taste of this collection of tracks: a collection that he’s quite deliberately woven together as a full-album listening experience.

The first lyric video — for the title track ‘Liftoff’ has been released. It’s now followed by a lyric video for ‘Spaceship Built For Two’, which builds on the launch video’s cosmic motif and visual richness, but also has a very Earthly significance.

“It’s a song that I composed about how nice it would be, some days — when seeing the world tearing itself apart over conspiracies and differing political opinions — to be able to pack up and depart for a new world, for just a day: to regroup and find perspective.

“The lyric video I created is in honor of those fighting to keep democracy alive in Hong Kong, but losing the battle against the Beijing government. Just this week, the last fifteen pro-democracy politicians in the Hong Kong government resigned in protest for their colleagues being fired without going through the courts.

“In my world travels, one of the most favourite memories I have are the two weeks I spent in this beautiful city on my way to India; my second time in 2003. It’s tragic to see this once-vibrant bastion of creativity, commerce and liberty being crushed by those who fear independent thinking, and so I start and end the video with quotes from ‘Joshua Wong’ — the then-teenager who ignited the umbrella protests a few years back — when all of Hong Kong was beginning to see the oppressive writing on the wall.” 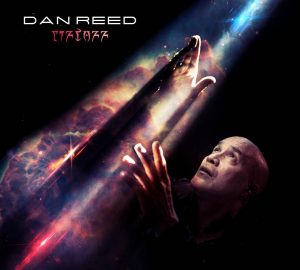 Watch the video and you’ll be mesmerised by mind-blowing footage of Hong Kong, lit up at night: scintillating visuals. It’s definitely a video that deserves more than one viewing, not least to lose yourself in the soothing balm of the music and beautifully-textured vocals, nor to be dazzled by those motes of city light, but also to mull on the song’s message and Dan’s support for Hong Kong’s activists, freedom fighters and democracy.

“Dan Reed has that unique ability to write meaningful lyrics, add a killer melody to it and to top it off, sing with a vocal tone that is like warm honey.” So says Paul Sabin, writing for Metal Planet Music. He adds, “This album may well be the musical antidote to COVID-19 in that it will warm, relax, reassure and wrap you in a blanket of love and tenderness with no sharp edges. A perfect way to make the world a more bearable place.”

Reviewing ‘Liftoff’, Neil Mach (writing for RAW RAMP) reaches a similar conclusion: “DAN REED has been steadfast in delivering genuine, straightforward, and intuitive antidotes to the bleakest and most grim facets of modern life for some time now… and in these days of heightened anxiety he prepares to release his fifth solo album, entitled ‘Liftoff’ and it’s a trip into assuasive chill space… Soul-calming material, meticulously executed…”

Check out Dan’s mesmeric video for ‘Spaceship Built For Two’ and his website for further details, where you can pre-order this excellent album.