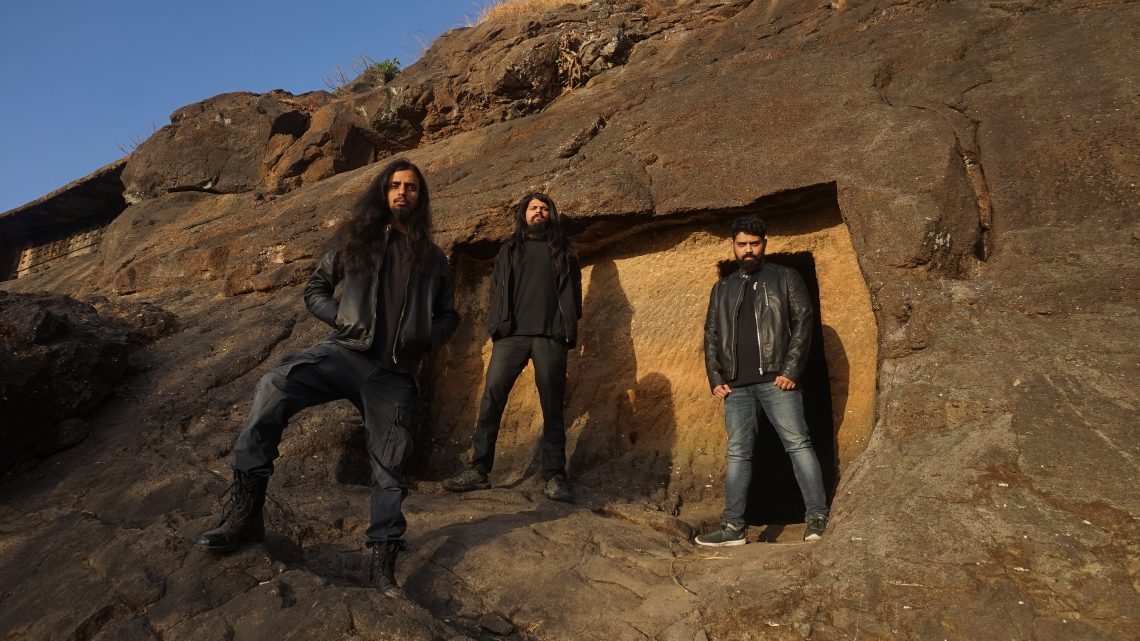 Indian technical/progressive death metal trio Dead Exaltation releases the 2nd single from their upcoming album, alongside disclosing the artwork, tracklist, and release date. The single is accompanied by a lyric video that showcases specific elements of the artwork. The album, Despondent, features the absolute finest of South Asian extreme metal musicianship and songwriting, balancing a progressive approach with old school atmosphere. 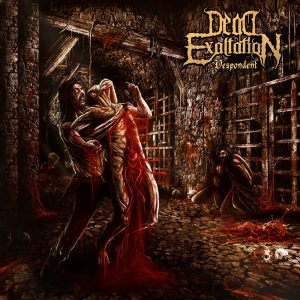 Dead Exaltation is a technical/progressive death metal band from Pune, India. They began in 2015, drawing inspiration from a variety of bands, including Cryptopsy, Cattle Decapitation, Gorod, Spawn of Possession, and Cynic. Throughout their existence, the band has focused on creating thought-provoking, concept-based lyrics and song structures adorned with complex rhythms and melodies, as well as an old school sensibility.

Over the years, despite the ups and downs, Dead Exaltation has carved up a ferocious reputation for themselves in the Indian extreme metal scene. The band has managed to play shows across major cities of India like Mumbai, Delhi, Bangalore, Pune and shared stages with veteran stalwarts such as Gutslit, Plague Throat, Manrating Orchid as well as foreign bands Dehydrated (Russia) and Metastasis (UK) to name a few.

In the beginning, they were a 5-piece band, with most of their songs being written chiefly by the two guitarists: Sourjyo and the recently deceased Mradul. Later, due to different directions in life, bassist Anish and guitarist Sourjyo left the fold. However, the band, now spearheaded by Mradul Singhal as the main songwriter (who is also doubling on guitar and bass), continues to evolve their sound.

This evolution resulted in the recordings for their debut album, Despondent. Unfortunately, tragedy struck in the middle of the album production as Mradul passed away. The band’s remaining members, vocalist Satyajit and drummer Aditya, were determined not to let Mradul’s legacy pass in vain. The music was mixed and mastered, and even the artwork was made ready after his death. Musically it centers around the engaging guitar-work that blends in elements from classic death metal as well as progressive metal, searing through chaotic sections with a melodic sensibility. The vocals and percussion make sure never to let the extremity cease, supplementing the guitarwork with necessary brutality. The album stands as a testament to not just Mradul’s diligent work, but also to the undying camaraderie he shared with his bandmates.

Lyrically the band chooses to add a bit of spice to the usual death metal fare by creating a conceptual story that continues with every song. It revolves around a psychopath warden who runs a prison holding innocent people picked up from the streets. The guards of prison are cannibal psychopaths who do not refrain themselves from torturing, killing, and eating people. Like every good tale, this story is divided into three acts: the incidents, the psychology of the warden, and an investigation leading to a brutal and bloody end of the story.

With the release of their debut album, Despondent, on February 5, Dead Exaltation is all set to introduce the world to their sonic craft.

Others:
Mixed by Anomaly Sound Design
Mastered by Aakash Sherpa.