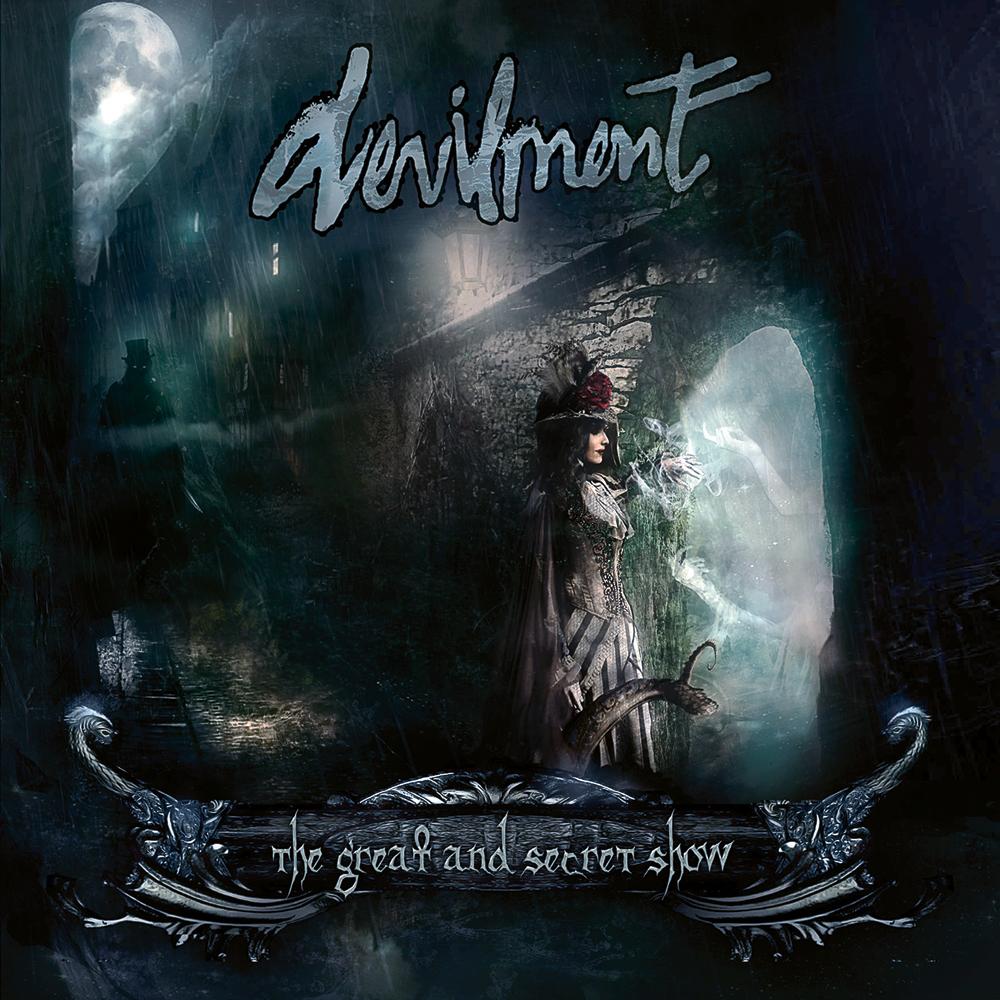 Devilment – The Great and Secret Show

11th November 2014 0 By Joe Reed
While this may be a recipe for commercial success, it is something that alienates those looking for something moreJoe Reed

Devilment is the latest project from Cradle of Filth front man Dani Filth. One of the more divisive acts in metal history, Cradle of Filth spent most of the 90s blending black, gothic, and alternative metal styles much to the delight and dismay of many. Admittedly, I never really paid Cradle of Filth much attention after “The Principle of Evil Made Flesh” and their second full length “Dusk and Her Embrace.” I found COF’s early material an enjoyable mixture of black meal and some of the early gothic / doom metal stylings of fellow UK metal acts like My Dying Bride and Anathema. With heavy, moody riffs and enough black metal credibility intact, I could see past the rather humorous theatrical vampire imagery and Dani Filth’s shrieks that, although complementary to the music at times, often border on the annoying.

Devilment took shape in 2011 and buzz over the band has grown over the last few years while Cradle of Filth has enjoyed some experimental years with 2012’s “Midnight in the Labyrinth,” an orchestral album and “The Manticore and Other Horrors” which featured only three Cradle members and a handful of session musicians. Fans have been wondering what the existence of Devilment means for the future of Cradle of Filth and the anticipation over this release has led to some rather mixed reviews.

Right off the bat, it goes without saying that Devilment, like Cradle of Filth, sacrifices extremity for palatability. “Girl from Mystery Island,” the band’s first single on the debut album, is groovy, full of background female singing, and underscored with keyboards to soothe even the slightest hint of heaviness or abrasiveness. If you’re looking for raw, aggressive, unrelenting extreme metal, Devilment will surely disappoint you, but I like many others haven’t expected anything menacing or extreme from Cradle/ Dani Filth in over a decade. That, however, doesn’t mean that these songs aren’t well crafted. Although they are not as crushing or extreme as even Cradle’s early work, the multi-instrumentation is something any music fan can appreciate including violin (or violin samples), synthesizers, and some rather interesting guitar leads thrown in on tracks like “Mother Kali,” another single from the album. The production on this album is very modern, very polished, and lacking of really any raw intensity. Personally, I find this to be the least enjoyable thing about both Devilment and all of Dani Filth’s projects. The grandiose production on tracks like “The Stake in My Heart” that attempt to pick up the pace of metal fury strips the track of any energy with studio wizardry. With production this enhanced, the multi-instrumentation doesn’t help create the same aesthetic or mood that it did on early Cradle albums. Synthesizers are used on this album it seems to draw attention away from these rather vanilla, uninteresting guitar riffs that offer nothing more than repetitive groove. A singular interesting piano piece and texture on “Sanity Hits a Perfect Zero” acts simply as an interlude to the same redundancy that this record has to offer and is abruptly cut short. The drum beat is certainly thrashing, it just sounds like it was sampled from the same box as the violin.

Overall, Devilment’s debut is an average offering of generic, rather silly material from a man who has made a career out of being, well, silly. Having abandoned what little core audience they harvested in the extreme metal community in the 90s, it is clear which Dani Filth’s audience is and what they expect. No matter how many costumes he dresses this or other projects up in, he is always careful not to stir the pot too much. While this may be a recipe for commercial success, it is something that alienates those looking for something more.