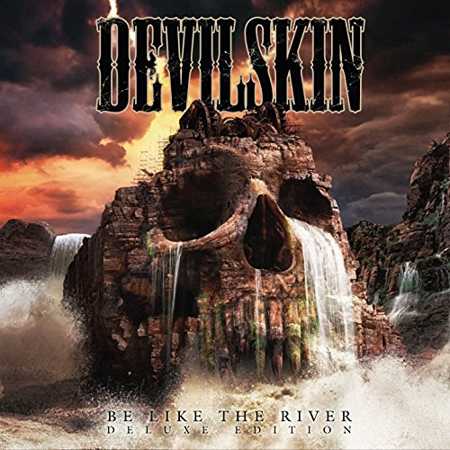 8th February 2017 0 By John Deaux
DEVILSKIN follow a hugely successful joint headline tour accompanying their friends HALESTORM and DISTURBED, with the announcement of a 10 date UK co-headline tour alongside SUMO CYCO in March.
DEVILSKIN will tour their explosive live set throughout the UK, starting on March 14th in Manchester, including the Underworld in London on Wednesday 22nd.
To celebrate the tour, Devilskin’s second studio album Be Like The River, is officially released in the UK on March 17th and the band unveil a new video shot in front of 10,000 fans for the single  VOICES :
Devilskin exclaimed;  “We are really excited to be returning to the UK for some killer shows with our new friends Sumo Cyco! The response from our UK friends has been overwhelming and we can’t wait to unleash the new tunes live.The audience are in for a really special evening of high octane rock, Sumo Cyco bring the party, we are beyond amped for these shows. Bring it on!”
History recently repeated itself for Devilskin as their new album Be Like The River entered their domestic album chart at #1 on week of release. Just 18 months ago their debut album We Rise spent 3 weeks in the pole position. This is unprecedented in rock music in New Zealand and is a testament to the excellence of Devilskin’s brilliant second studio album Be Like The River.
Be Like The River was recorded at Modern World Studios, Tetbury in the United Kingdom after Devilskin’s European Tour in 2016.  After the success of We Rise the band maintained their strong working relationships, continuing the very successful and creative association with Producer Clint Murphy. Murphy produced and mixed the album, working alongside Ryan Smith from Sterling Sound New York who mastered both albums.
Devilskin have established themselves as a household name in their native New Zealand. Formed in Hamilton in 2010 this four piece rock band are bonded by blood. Paul (bass) and Nic (drums) are father and son, Jennie (vocals) is Nics’ Aunt and Paul’s sister in law, Nail (guitar) is Paul’s evil twin.
Devilskin have already earned a formidable reputation by earnestly demonstrating commitment to unpretentious musical values: writing songs that have depth and passion, and a relentless touring schedule. Their tactical instrumental attack is balanced by the seductive Jennie Skulander and her incredible voice that sweeps from whisper to roar, rips with power, drips with melody and captivates with sincerity.
Musically twisted and possessed, catch the fearsome and irresistible Devilskin in March and be prepared to have your soul shredded.
DEVILSKIN  & SUMO CYCO March UK  tour dates
Tue  14thManchesterRebellion
Wed 15thNewcastleThink Tank
Thur 16th GlasgowClassic Grand
Fri 17th Chester The Live Rooms
Sat 18th SheffieldCorporation
Sun 19th BirminghamO2 Academy
Wed 22nd London Underworld
Thur 23rd Nottingham Rock City
Fri 24th Milton Keynes Crauford Arms
Sat 25th Southampton Talking Heads
To purchase tickets go to :
Manchester : http://www.seetickets.com/event/devilskin-sumo-cyco/sound-control/1063475
Newcastle : http://www.seetickets.com/event/devilskin-sumo-cyco/think-tank-/1063370
Glasgow ; http://www.seetickets.com/event/devilskin-sumo-cyco/the-classic-grand/1063267
Chester : http://www.seetickets.com/event/devilskin-sumo-cyco/the-live-rooms/1063318
Sheffield : http://www.corporation.org.uk/gig/2109/Devilskin+with+Sumo+Cyco+at+Corporation+on+18+March+2017
Birmingham : http://www.ticketweb.co.uk/event/264973
London : http://po.st/UnderDEVILSUMO
Nottingham : http://www.alttickets.com/devilskin-sumo-cyco-tickets
“I see no reason why not to give Be Like the River full marks”
10 out 10
Powerplay
‘Devilskin are coming all the way to our hemisphere and beyond, so watch out for them conquering a continent near you soon’
Kerrang!
‘Devilskin have conquered their home territory New Zealand. Now it’s the rest of the world’s turn to surrender’
METAL HAMMER
“Be Like The River is an outstanding follow up sophomore album by Devilskin and I would highly recommend giving it a listen“
http://www.antiheromagazine.com/album-review-devilskin-be-like-the-river/
Buy both albums and when the 2017 UK leg of the tour comes I encourage all of you to see this band before they ascend to bigger things
http://musipediaofmetal.blogspot.com/2016/11/reviews-hammerfall-crippled-black.html 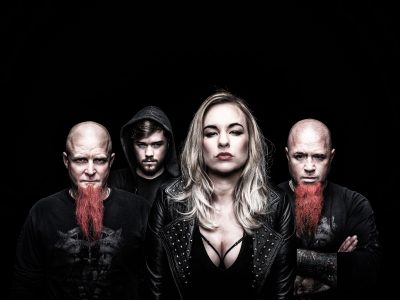 CategoryNews
Tags2017 Be Like The River devilskin tour video Voices

THE SOAPGIRLS unveil new video Rather Be Dead