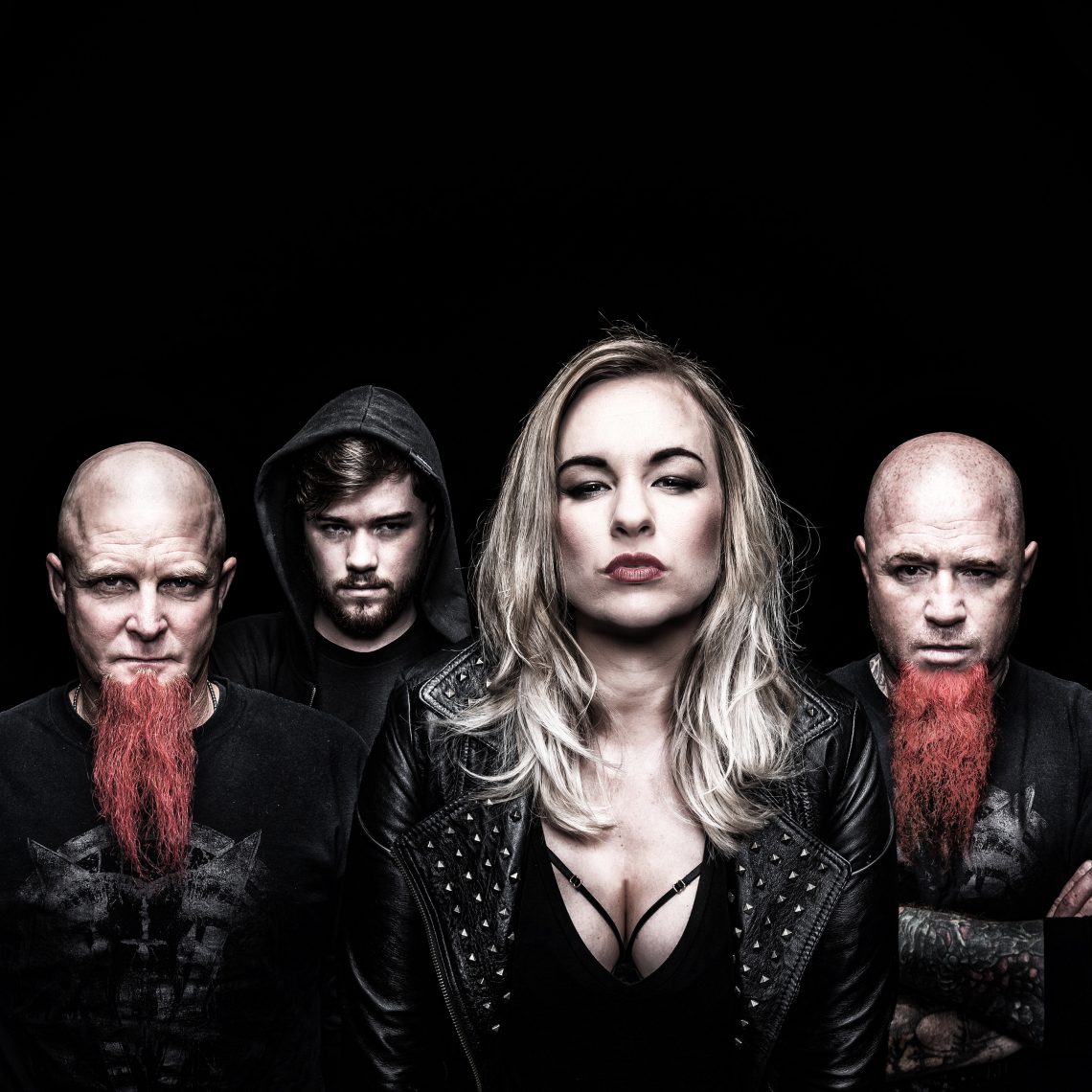 19th October 2016 0 By John Deaux
DEVILSKIN are amped to announce their second studio album, Be Like The River will release on Friday November 11, 2016.
To coincide with the release of Be Like The River,  the band unveil a new video for the single Pray.
Pray is a killer track with a punchy, combative riff and a deep message about friendship, betrayal and hope.
The band comment “we are beyond excited to be releasing our new studio album Be Like The River on November 11th. The title comes from a lyric of ours ‘Be like the river and cut through the stone’, the message is about reaching your goals through perseverance and unwavering determination. It has been an incredible journey so far for Devilskin and we feel this album really encapsulates and represents our evolution as a band, as songwriters and as people.”
Be Like The River will be available as an 11 track album, 13 track deluxe pack and Gatefold LP vinyl edition.  Pre Sales are available now from iTunes.
The album was recorded at Modern World Studios, Tetbury in the United Kingdom after Devilskin’s European Tour. After the success of We Rise the band maintained their strong working relationships, continuing the very successful and creative association with Producer Clint Murphy, Murphy produced and mixed the album, and working alongside Ryan Smith from Sterling Sound New York who mastered both albums.
Barny Bewick from Indium Design created the artwork for the album. Devilskin say “we are incredibly proud of these songs and it was crucial to have the right visuals for the album so we again utilised the talents of Barny to create artwork that is as stunning and evocative as the music on the album.”
Devilskin’s debut album We Rise released in 2014, went straight to the top of the charts remaining as the Number 1 Album and Number 1 Kiwi Artist Album for 3 weeks and achieving Gold Sales after only 2 weeks.  UK and European show followed where the band were met by critical acclaim  .
Devilskin have established themselves as a household name in their native New Zealand. Formed in Hamilton in 2010 this four piece rock band are bonded by blood. Paul (bass) and Nic (drums) are father and son, Jennie (vocals) is Nics’ Aunt and Pauls’ sister in law, Nail (guitar) is Pauls evil twin.
Following the release of their second album Be Like The River Devilskin  “start 2017 with a massive gig in Christchurch out doors & next to Canterbury Cathedral that was damaged in the earthquakes in 2010, we see the New Year in with our friends HALESTORM before we head to Australia with them for some shows on the East Coast. We definitely want to get back to the UK and Europe early in the new year and we are currently locking in dates. Watch this space! “
‘Devilskin are coming all the way to our hemisphere and beyond, so watch out for them conquering a continent near you soon’
Kerrang!
‘Devilskin have conquered their home territory New Zealand. Now it’s the rest of the world’s turn to surrender’ 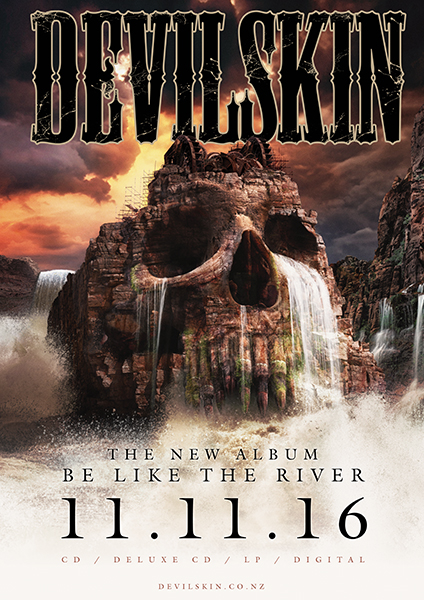