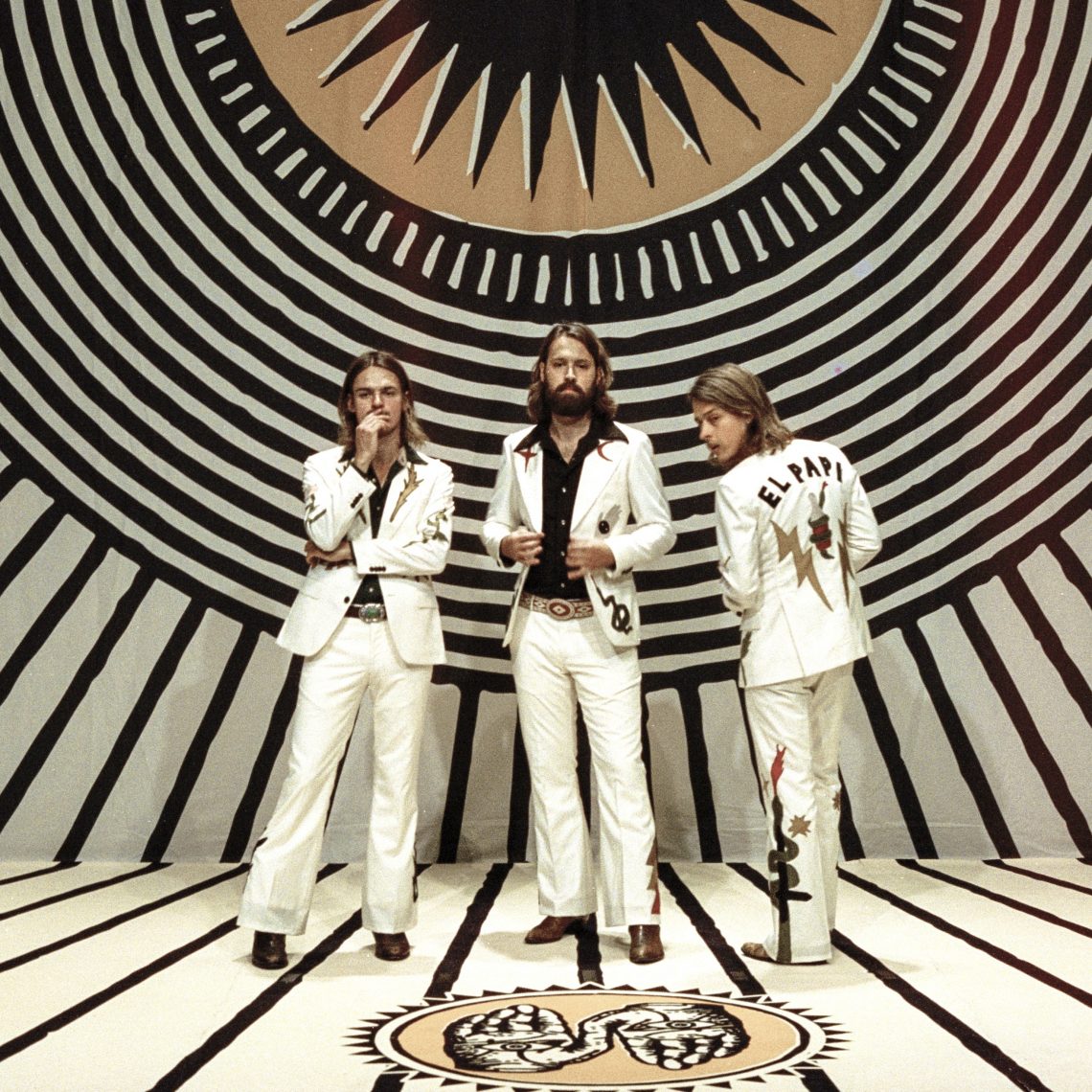 The Dutch psychedelic kingpins DeWolff are to release a brand new single, ‘Live Like You’ on April 24.

They released their 7th studio album ‘Tascam Tapes’ in January to rave reviews from the Daily Mirror hailing their “falsetto dreaminess”, Classic Rock, Shindig and Planet Rock Magazine amongst others, it was a unique album that was recorded whilst they were on a prolific tour.

Now, ‘Live Like You’ was recorded all together differently. Taking on their trademark swaggering groove, it was originally written for a European Škoda car commercial by brothers Pablo and Luka van de Poel. When it was about to air they decided that it just needed one thing to make it a badass DeWolff song: Robin Piso’s Hammond. Its blistering hellfire takes this song – that’s about not following the masses but instead being your own man/woman in these times characterised by influencers and copycats- to the next level.

DeWolff doesn’t do conventional; from recording songs by the roadside, releasing a full album via a telephone hotline, multi-person interactive music videos and a formidable creative output. It’s no wonder they received a prestigious Edison Award (the Dutch equivalent of the ‘Mercury Music Prize’) ‘Best Rock Band’ last year.

The band had a flying start to the year with the release of ‘Tascam Tapes’ and a sold-out show at the iconic Paradiso in Amsterdam, they then went out on a sold-out headline tour through Belgium, France, Spain, and the Czech Republic. As the tour was due to continue through Austria, Hungary and Germany, Europe went into lockdown due to the Coronavirus pandemic.

Refusing to stand still and be thwarted by the outbreak, the band drove back home from Budapest and decided to put together a full show with a handful of crew in the Netherlands and live stream it to fans via Facebook, back on the 14th March – you can see the full show HERE. Following the lockdown measures, DeWolff made a plea to Dutch radio, urging them to play songs from Dutch artists only, to help home-grown talent receive some royalties during these difficult times. It was picked up by the Dutch national media and the call to arms was then adopted by the radio stations and Buma (Dutch rights organisation).

They also recorded a new song ‘Queen of Hearts’ amid isolation with some musical friends and as official ambassadors of Record Store Day, DeWolff decided to release their compilation album ‘Electrosaurus 2’. On the same day they broadcast their first Wolff-Cast via their socials, a video podcast with 8 artists from the ‘Electrosaurus 2.’

So, there you have it, this is no ordinary band. Free-spirited, resolute and freewheeling, those teenagers that formed a band from The Netherlands deep south have blazed a trail across Europe, released 7 studio albums (6 of which hit the Dutch Top 20), have played shows with the likes of The Black Keys, Blues Pills, Wolf People, Wolfmother, and Deep Purple. They’ve picked up fans in Seasick Steve and Roger Glover (Deep Purple/Rainbow) and have proved that amid the most trying time in a century their creatively fertile minds have no boundaries.