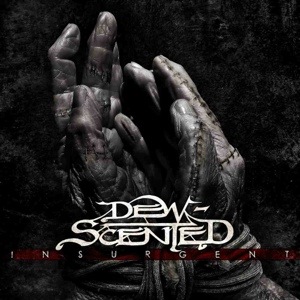 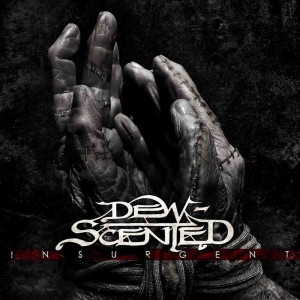 Standout Tracs– “Sworn to Obey”, “Good Day for a Hanging”, “Storm Within”

DEW SCENTED are a German thrash metal band in the vein of fellow country men KREATOR, SODOM, DESTRUCTION etc. Is this an album of new material well no it is a compilation of new songs, live songs, bonus tracks etc…

I haven’t heard any of DEW SCENTED stuff for a very long time as I always thought if you want German thrash put on KREATOR albums ‘Endless Pain‘ or ‘Pleasure to Kill‘ (or SODOM ‘Agent Orange‘), might be small minded but I don’t care. As always DEW SCENTED have made sure that this compilation album title starts with an ‘I’ (every DEW SCENTED album title begins with an ‘I’. don’t ask me why???) The first 3 tracks are the new songs and are quite decent thrash metal, nothing ground breaking or nothing terrible, just (as per ACCEPT) “Balls to the Wall” thrash. Then next up is 7 live tracks recorded from the 2012 tour, the live tracks are good however I feel like they are a little over polished. There is some rawness to the tracks but not as much as you would expect.

The rest of the album is then made up of bonus tracks from the last two albums (Icarus and Invocation) and cover songs from bands such as INCUBUS, PRONG, WASTED YOUTH, POWERMAD and these represent straight forward covers to more wilder versions. These songs represent a fresh side to DEW SCENTED (just like the line up).

This compilation is either for die hard DEW SCENTED fans or is a good starting points if you want to find out about DEW SCENTED, however for everyone else this 19 tracks might be to long as it clocks in at 76 minutes.