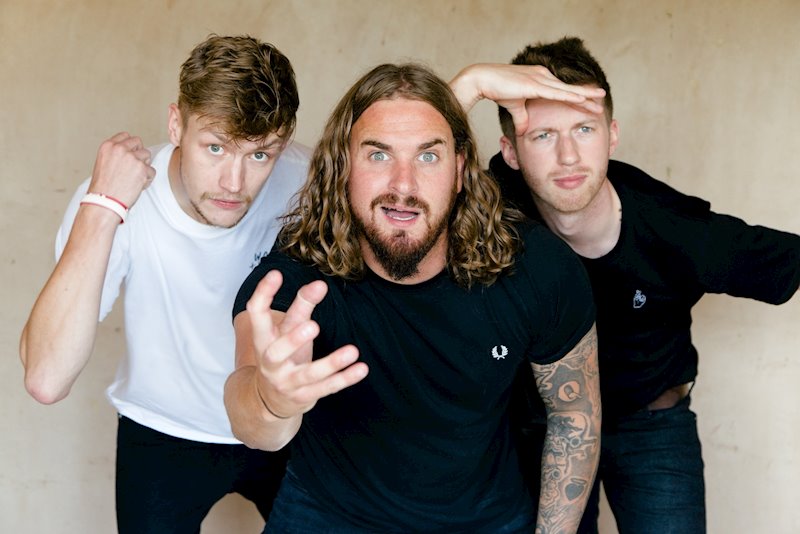 Dig Lazarus have premiered a new music video for ‘Time Froze’ which features Ally Dickaty of The Virginmarys. This latest news proceeds the alt-rock trio’s new album launch show this December with special guests SKAM and an acoustic set by Ally.

“When writing the track ‘Time Froze’ we could hear Ally’s voice on the track, so when he agreed to record it for our new album we were over the moon. Supporting The Virginmarys on their recent UK tour was an absolute blast and a dream come true. The highlight was probably having Ally join us on stage to perform the song in Birmingham. Opening up for our favourite band every night was an absolute pleasure, we’ve so much love and respect for them.

Having two incredible artists, SKAM and Ally, be special guests for our end of year album launch show in Leicester is amazing, it’s going to be an incredible last hurrah for 2021!”

Dig Lazarus debut album ‘Don’t Threaten Me With A Good Time’ was produced by Dave Draper (The Wildhearts, Terrorvision) and is out now via RPM Records. 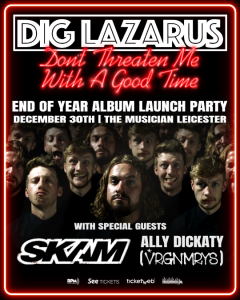 Adam Norsworthy Releases the Second Single from His Forthcoming Album & Premieres its Video.