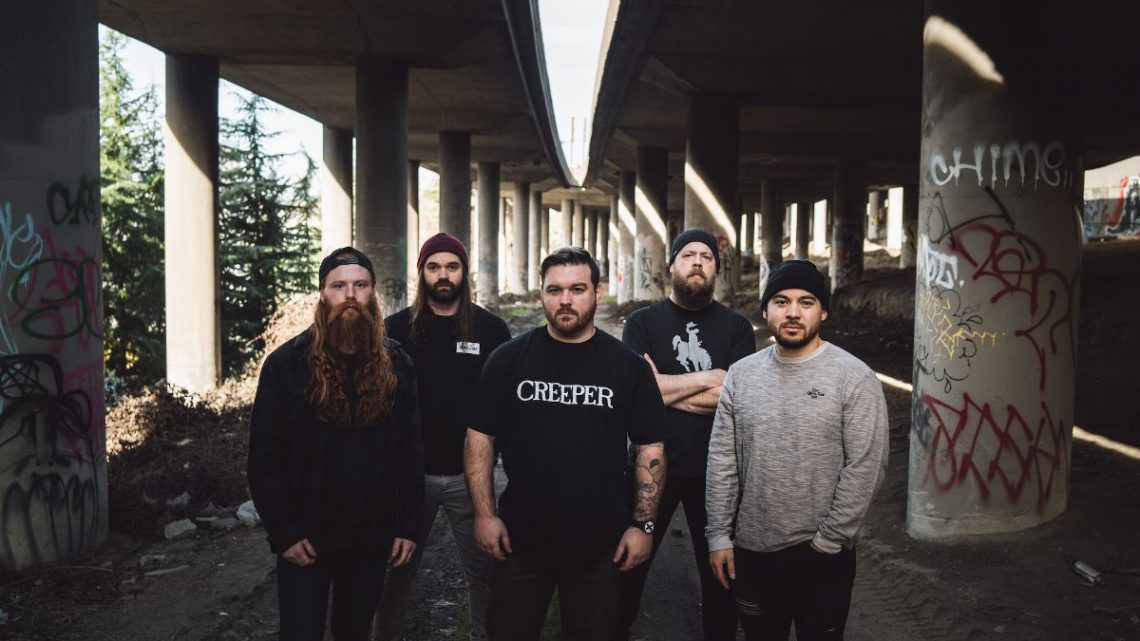 Dragged Under and Mascot Records / Mascot Label Group reveal the official music video for “Crooked Halos” ahead of the band’s new studio album titled UPRIGHT ANIMALS which will be released globally on June 10.

They will also be coming to the UK for the first time in the summer, playing Download festival on Saturday 11th June, a run of six headline dates playing Milton Keynes, Glasgow, Leeds, Birmingham, Manchester, London and finishing at the O2 Brixton Academy, London supporting The Ghost Inside.  Tickets are available here and you can pre-order the album here. The release will be available on CD, an orange transparent LP, and digitally.

Talking about the song, Singer Tony Cappocchi shares, “’Crooked Halos’ is a story that’s probably familiar to all of us. Relationships are complex and challenging. What happens behind closed doors is often a lot less perfect than what we allow others to perceive. If you’re from a divorced family like I am you probably know that better than most, which is why a lot of the ‘mommy and daddy don’t love each other anymore’ talks can seem to come out of nowhere.  Sometimes two people shouldn’t be together, and everyone knows it, but for some reason they won’t let go. That’s what ‘Crooked Halos’ is about.”

When you strip everything else away, we rely on our animal instincts to survive. In the face of danger, we either flee or fight without hesitation. No matter how many perceived differences exist between us, we breathe the same air, drink the same water, and eat the same way to subsist. Dragged Under naturally harness this primal power in their hard-hitting hybrid of punk, rock, metal, and hardcore. Choosing to progress, the Seattle quintet—Tony Cappocchi [vocals], Ryan Bruce [guitar], Sean Rosario [guitar], Hans Hessburg [bass], and Kalen Anderson [drums]—sharpen their claws, teeth, and style on their second full-length album, Upright Animals [Mascot Records / Mascot Label Group].

With animalistic energy, Dragged Under charged out of the gate in 2020 on their debut The World Is In Your Way. The album generated streams in the tens of millions and earned widespread critical acclaim. Beyond plugs from Loudwire, New Noise Magazine, and more, KERRANG! hailed it as “nine tracks of the edgiest, most in-your-face punk in recent memory – loaded with underdog appetite and energy,” and Alternative Press named it one of the “20 Debut Albums That Took Metalcore to the Next Level in 2020.” Along the way, they toured alongside everyone from The Used to Beartooth. During 2021, they recorded what would become Upright Animals with frequent collaborator Hiram Hernandez [Jared Dines, Craig Owens] in Los Angeles and Matt Good [Hollywood Undead, Asking Alexandria] in Phoenix.

“There was an element of thematic development,” Tony reflects. “The last record was a bunch of different phases of my life. I had 21 years to write it. I only had a year-and-a-half to write this one. It’s about a time, a place, events, and what I was a feeling in this window.”

“When you listen to this, I hope you experience moments of tension, anxiety, sadness, and happiness,” he leaves off. “At the same time, it’s nostalgic for us. We want it to remind you of being young and discovering the bands that changed your life. If you think, ‘This reminds me of what I grew up on,’ I’d be very satisfied. We spent a lot of time and energy on this. I’m excited about the future.”