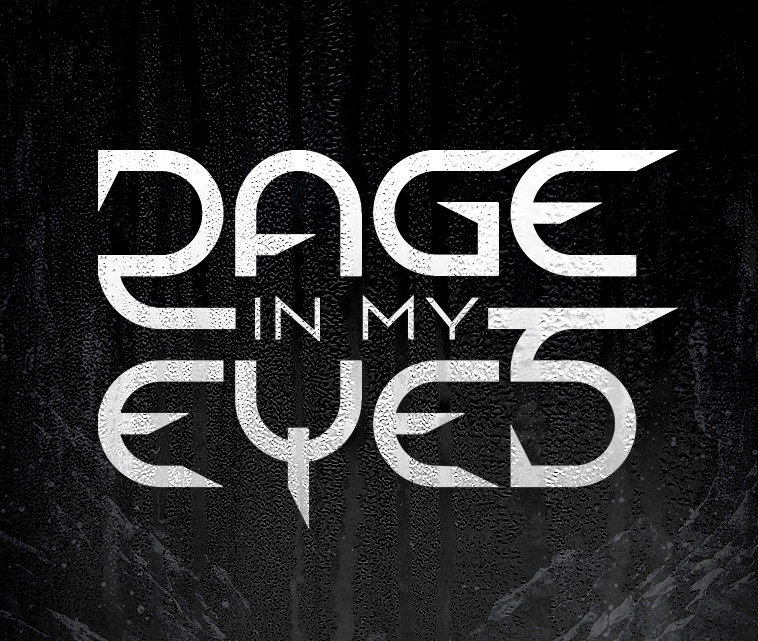 Drummer Francis Cassol of Rage In My Eyes Interview

Brazilian Power metallers Rage In My Eyes seamlessly blend traditional elements of Brazil, Uruguay and Argentinian milonga with progressive metal to create something totally different and genre bendingly beautiful.  Drummer Francis, discusses new material and his recent loss with us.


My wife and I have one dog, named Maria (Beagle mix), but had two until August 2020, when Nina (Border Collie mix) sadly passed away. Both of them were rescued. They are/were being beautiful, caring and intelligent animals that we love very much. 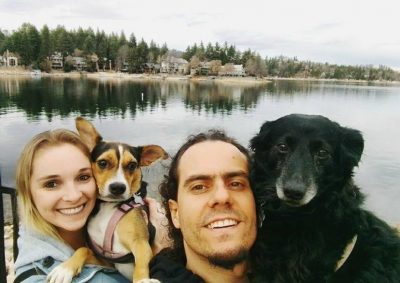 Nina and Maria with their human pets

There is no specific reason for naming Nina. But we used to call her by her nickname, which was “Neguinha”, meaning something like “Blackie”, since she was full black. Nina stayed with us for nearly 14 years. We rescued her in November 2006, when she was still a puppy.

Regarding Maria, there is an interesting story behind her name. She got ran over by our car when we were traveling from a city called Santa Maria, so we named her after this city. Miraculously, she got out of the accident alive and in perfect shape. This happened in May 2016, and she has been with us ever since.

Sorry to hear of your loss, they both sound like amazing dogs. What was the weirdest thing Nina had done?

What about Maria?
Maria is way different. Her hunting instincts are quite strong, even though she never catches anything lol. She keeps her eyes on everything that moves, except for birds, that apparently, she does not care for. 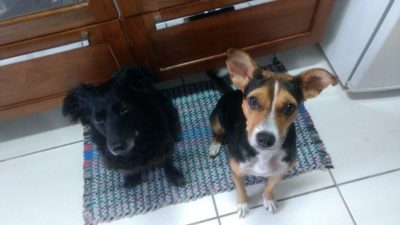 What was the best trick Nina could do?

Nina was great at catching the ball. She was pretty athletic, so we used to throw the ball pretty far, she would run as fast as the wind, catch it and bring it back. We also used to throw it in a way that she could catch in the air. It was fantastic how beautiful and artistic her catches were. She would also precisely understand “excuse me” whenever we needed her to move.

Does Maria have the same level of understanding?
Maria understands that she has to sit down to get food and she comprehends when we say that we’re going out. We just say “we’ll be right back”, she stops barking right away and goes lie down with a sad look on her face.

This past year has been pretty manic, so you’ve no-doubt, like the rest of us, spent a lot of time at home. How has your pet helped being at home for you? Have they been comforting, or have they just been driving you nuts? 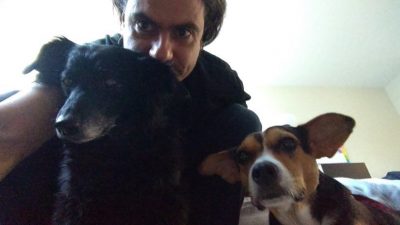 Francis with Nina and Maria

One of the good things about the lockdown is that I got to spend more time with Nina in her final months. She was very attached to me, and I to her. She was always after me, wanting to be around me and all. Admittedly, I would treat her as a baby lol. From March to August we spent pretty much every minute of every day together, even when I was working online. She was the sweetest thing and I miss her dearly.

Never had an exotic animal, even though where I live now, there are many wild animals, like possums, hedgehogs and big lizards. Since a small kid, I’ve always loved animals and I always wanted a dog when I was growing up, but my parents never allowed it. And now, living together with my dogs, I started having much more respect for all animals, regardless of the species.

They are so intelligent, so emotional, so loving and kind. I am so thankful to them for teaching me how complex all animals are and how much they deserve our love, respect and protection. I personally chose to be vegetarian when I was still a small kid, and I’ve been vegan for almost nine years now, with respect for the lives of all animals. I hope mankind wakes up soon to the absurdity we do to these innocent and intelligent beings for a five-minute meal.

Lol, no not really. 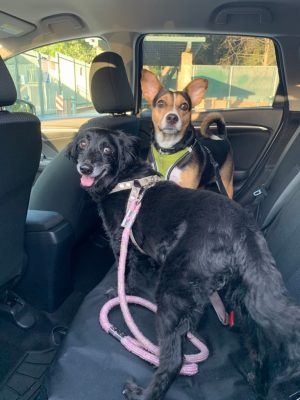 How did did Nina react to your practicing at home and what about Maria?

Nina hated when I practiced at home lol! I have an electronic drum set in the apartment, and every time I started playing, she would keep staring and barking at me. I recently wrote a new lyric in her honour.

Maria doesn’t really care if I practice or not lol.

Who looks after Maria whilst you’re away on tour/holiday?

My wife usually stays at home when I’m out on tour. In case we are both out, we leave them with my parents or at a friend’s.

Hell yeah, we got some new tunes that we will be recording in the following months. Hopefully, we will have an EP out still in 2021.

Don’t miss our 2020 releases! Even though there were no live shows, we were still putting out fresh music and some nice videos. Follow us on social media so you don’t miss out! We’re everywhere, so you can go ahead and follow us on YouTube, Bandcamp, Twitter, Facebook, Instagram, Spotify, Deezer, etc…. Share our stuff, comment on our videos, give us a thumbs up, ask your local promoter to have us in your hometown. And, most importantly, METAL ON!

My pleasure! Thank you for having me!

For all things Rage in In My Eyes, click any of the links below