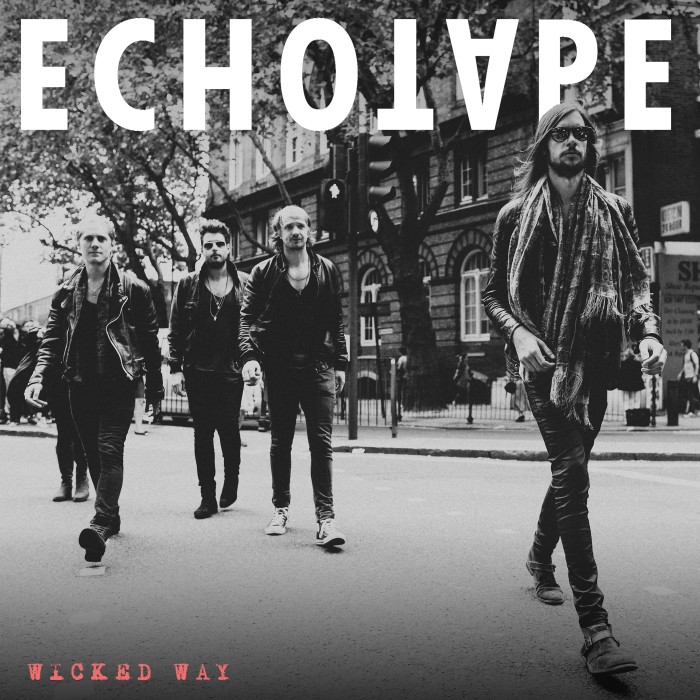 ECHOTAPE ANNOUNCE THE RELEASE OF THEIR NEW ALBUM ‘WICKED WAY’

Echotape announce the release of their new album ‘Wicked Way’ to be released 29th July 2016 through IRL and Believe Digital. The launch event will be held at Sebright Arms, London 28th July

The new album features 11 summer anthems, all crafted and recorded and produced by the band in their home studio

Their sense of adventure has seen the band perform from Hollywood to Holyhead, Moscow to Madrid, feature in London’s Tate Gallery, have naked stage invasions in Dublin, and jam onstage with Carl Barat.

Echotape have just played The Great Escape in Brighton, will play the Mainstage at Vestrock and they are currently on tour of the Netherlands before the release and launch party in London. If the album’s anything to go by, it’ll be some party.

Lead singer Marc Burford comments “We’re really excited for people to hear the album. It’s got lots of ups and downs, but mainly ups! Three months of recording took us on a journey to good and bad places, but that’s what you need for an honest album. I’m glad we decided to record and produce ourselves, definitely kept it real!”