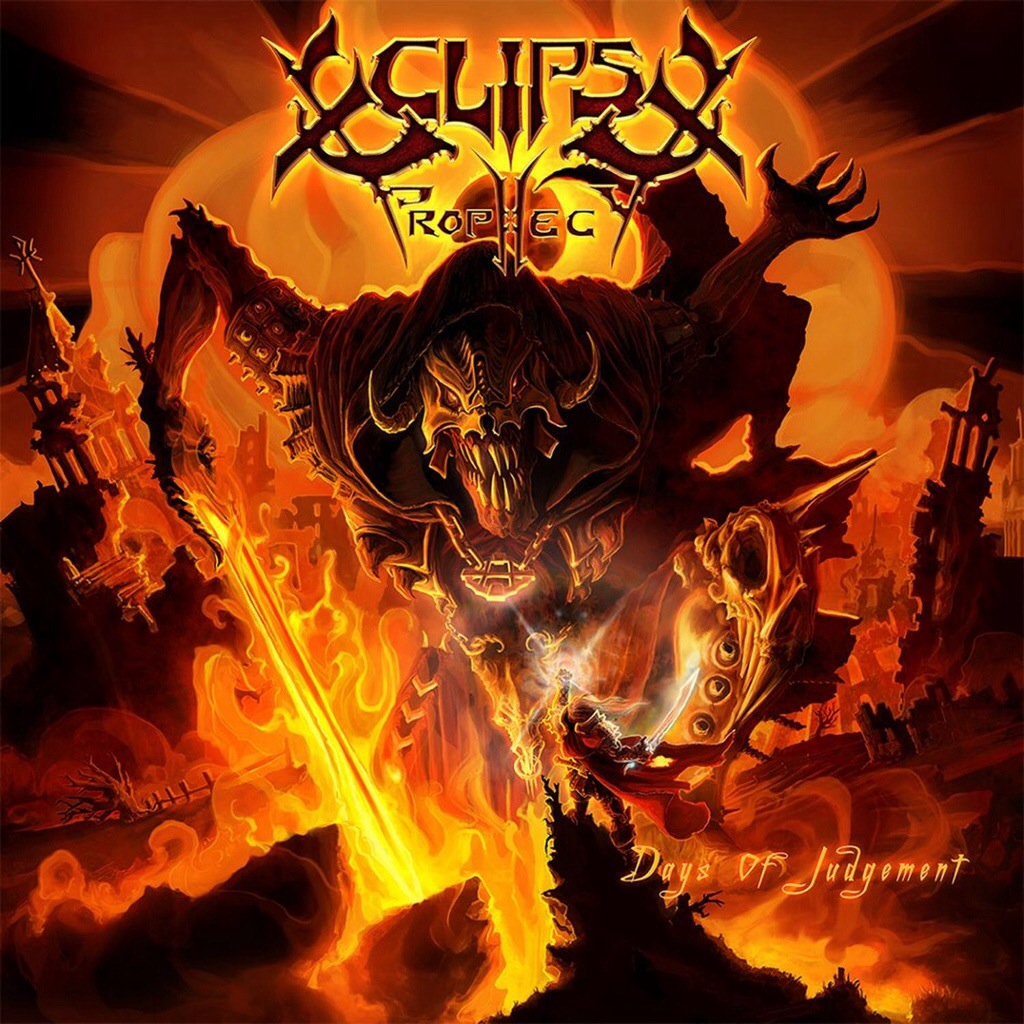 Up next in my magical mystery pick of albums to review is ECLIPSE PROPHECY, after a quick look at the cover and the song titles am guessing these guys play Power Metal. After looking up on the internet I found out I was correct and ECLIPSE PROPHECY hail from Montréal, Canada and “Days of Judgement” is the bands debut album. Now if you look back over my reviews I don’t mind a little bit of power metal so I was looking forward to this release and onwards (to victory) I went and pressed play.

As you would expect the album starts off with the oh so cliché instrumental intro to get the listener ready for the epic story about to be told by the mighty ECLIPSE PROPHECY…then for the next 51 minutes the listener is hit by paint by numbers Power Metal. The best thing on the album is the drumming, which is speedy and bombastic as all Power Metal should be. The only problem is this album has a few flaws, quite a few actually…the keyboards for the most part either (a) take over the lead from the guitars and/or (b) sounds like they were played through a cheap Yamaha keyboard your parents got you when you were young. The guitars do play some good riffs every now and again and can be crunchy and heavy one minute then soaring the next, however they aren’t in the mix very well. The next thing is the bass…I couldn’t actually hear the bass apart from on one or two songs. Finally I have to mention vocalist David McGregor as he tries to incorporate a large range into the songs, however some times he sounds great and other times he sounds weak. Listen to when he does the lower deeper parts on “Labyrinth of Sanity”, it’s a little comical and silly sounding…

Another criticism is that most of the songs start out fine and like they could be good, but instead of picking up momentum they just fizzle out and get repetitive and monotonous. ECLIPSE PROPHECY have some good parts and ideas, however everything hasn’t come together and they should include the guitars more and write some more original riffs and I would like them to be more dominant than the (cheesy 80’s sounding) keyboard. If you are a Power Metal enthusiast then you might like this album and think this review is wrong, if this is your first ever Power Metal album you’ve heard then you might like it. However there is a lot better out there and I think ECLIPSE PROPHECY need to up their game, there is promise in this debut release in parts but there are to many flaws that need sorting out to make them a force to be reckoned with or at least among the elite soldiers of Power Metal. 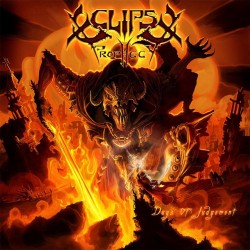 STAND OUT TRACKS – “Under Shadow’s Veil” & “Days of Judgement”

Toby Jepson- Raising My Own Hell