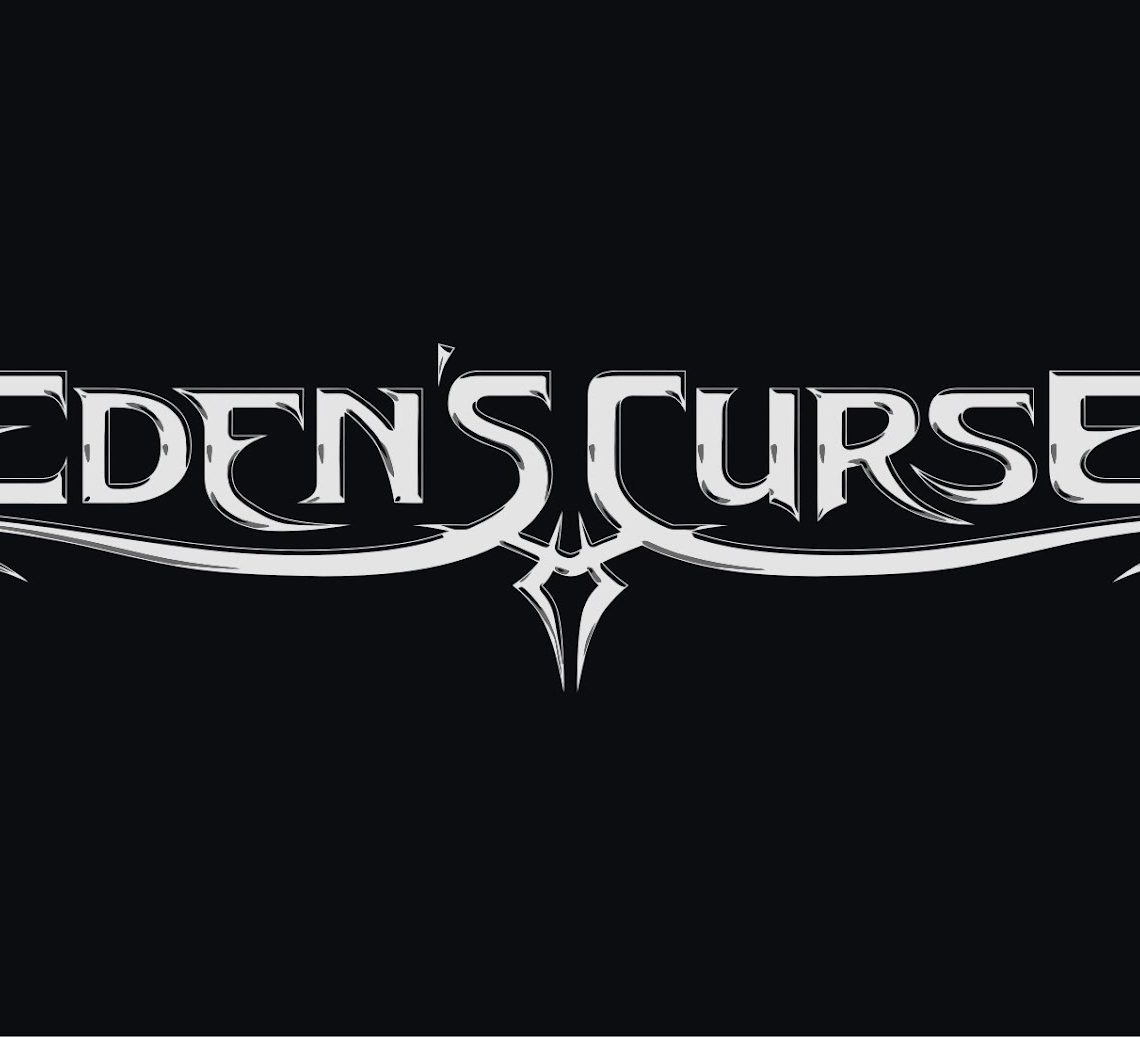 ‘Testament – The Best Of Eden’s Curse‘ will be released by the band’s long time label AFM Records on 2nd November 2018 and is a two disc CD set that features 14 songs, covering all five studio albums, on CD1 and a bonus disc ‘The Best Of The Bonus Tracks’ on CD2, which includes a brand new song ‘Forever’. 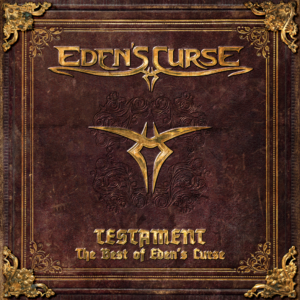 “We have two very definite periods of the band, with two vocalists, almost like the Old and New Testaments, which was the influence behind the title and the artwork. Working closely with AFM we compiled a one disc collection that flows exactly like a concert setlist and gives the new listener a perfect introduction to our music and the avid fan a collection of the greatest songs in our arsenal“ stated bassist/founder Paul Logue.

Logue goes onto add “We are very much a band that listens to our fans and one thing we have been asked a lot is – can we have all the bonus tracks on one CD? It’s taken a while, but it’s here at last and with the added bonus of a brand new song called ‘Forever‘. I actually wrote ‘Forever‘ way back in 2005 for Pink Cream 69 singer David Readman’s solo album. His label pushed him in a more AOR direction, so I always kept this one on the back burner – ‘Sign Of The Cross‘ came from the same session. I always knew it would see the light of day and Thorsten and I reworked it and made it more in keeping with where we are today as a band. Back then, I had just read Dan Brown’s brilliant novel ‘Angels & Demons‘ and the lyrics are based around that whole story.“
‘Testament – The Best Of Eden’s Curse‘ will be released by AFM Records on 2nd November 2nd 2018.
You can pre-order your copy right here:
https://shop.afm-records.de/detail/index/sArticle/1458 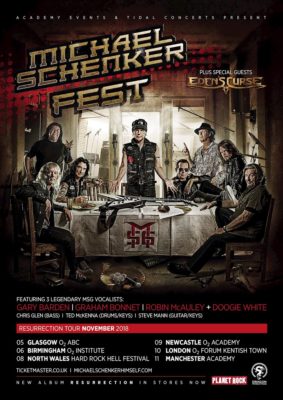 EDEN’S CURSE announce their return to the UK as special guests to Michael Schenker Fest on their ‘Resurrection UK Tour’ this November.

The run will also take in an appearance at the Hard Rock Hell Festival, the band’s first since 2009, a headline show at Fuel Rock Club, in Cardiff, Wales, Winterstorm festival & Winter’s End festival. 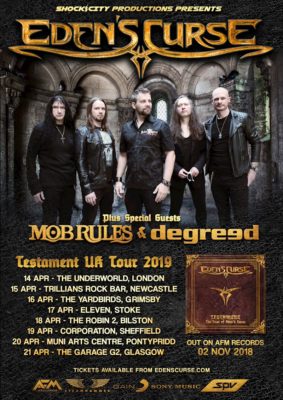 Prophets Of Rage release ‘The Ballot Or The Bullet’