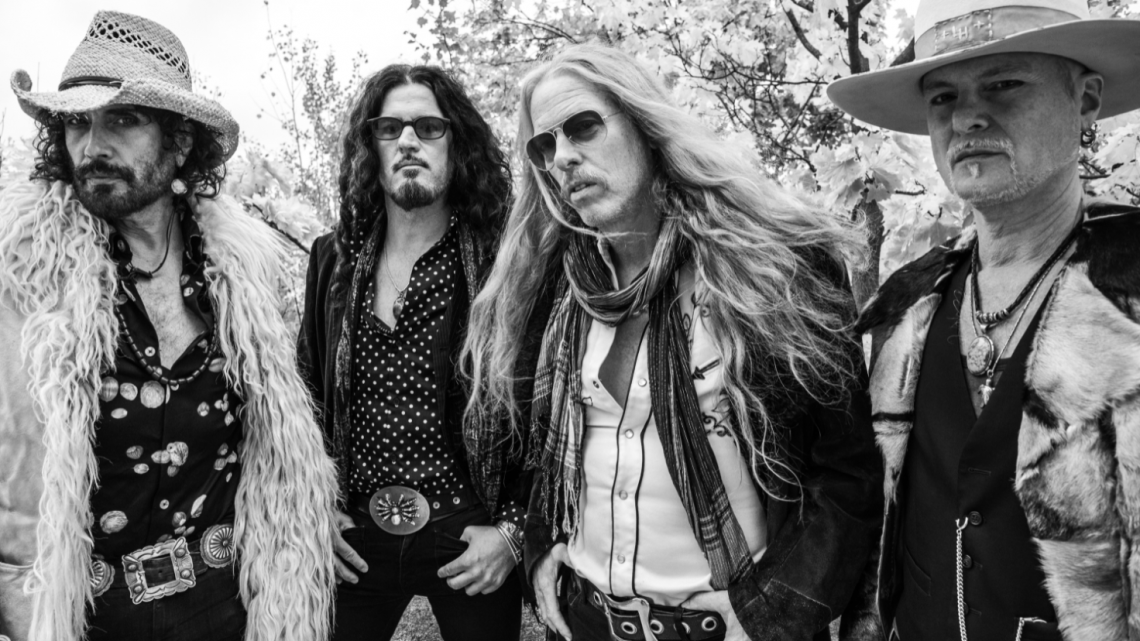 In a time when the pandemic had shut down every possibility for artists playing live, Electric Boys wanted to do something different.

On April 8, Electric Boys was located at the Vallentuna theatre. The smoke was lying heavy thru the red/green lights on stage. Oriental carpets and lava lamps were decorating the stage and this is when band invites you to an exclusive show of both new and old songs. We will be taken on a musical riff-journey with Conny Bloom – vocals & guitar, Andy Christell – bass, `Slim` Martin Thomander – guitar and Jolle Atlagic on drums.

On this night, Electric Boys wants to pay back to those who mean the most – their fans! Follow us on a hybrid experience where YOU will stand on a virtual red carpet at the Sonika Studios.

Talk directly to the band over the chat forum, ask questions, be a part of an exclusive merchandise raffle and you´ll even be able to request songs played spontaneously by the band. There will be a few other surprises as well.

This is not just an ordinary live stream, but something out of the ordinary. This is an intimate, exclusive moment where the band and the viewers will spend time together as the rest of the world is Ups!de Down.

You don’t wanna miss this….! 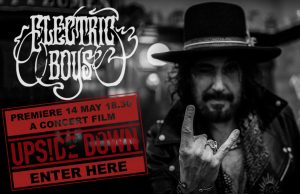 If your timezone is not here use the Swedish one and convert it to where you are in the world with the converter that you can find here.

Latest album ”Ups!de Down” has been praised with great reviews world-wide from both critics and fans.

”It’s more or less consensual that “Ups!de Down”, the new ELECTRIC BOYS album, will be one of the best rock releases in 2021. Heavily contributing to this are songs such as “Tumblin’ Dominoes”, the new single from the Swedes. Superb melancholic-inducing, almost self-reflective chorus, one of the best bridges in recent rock history, and that groove that Electric Boys master so well.”

– All About The Rock, UK

‘Ups!de Down’ is a feelgood album that comes at perhaps the best time possible: just as light is starting to shine at the end of the seemingly interminable tunnel that has been the past year and a bit, it provides us with a soundtrack for brighter, more optimistic times ahead and tells us, despite the patness of the Government’s catchphrases, we did get through it together…”

Whether he knows it or not – and I am guessing he does – at one point in the “Upside Down” record, Conny Bloom nails the last 32 years of the Electric Boys.”