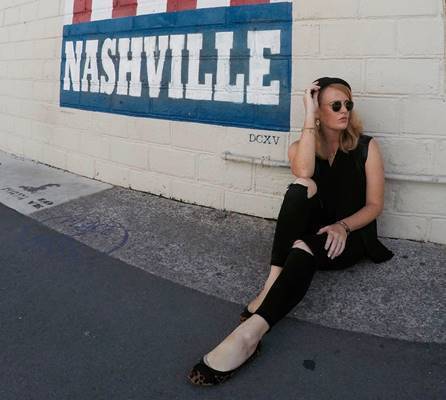 Elles Bailey Shakes It Off, With Her Cover of Taylor Swift’s Hot 100 Hit

Rising Country and Blues star Elles Bailey describes herself as a huge Taylor Swift fan and has recorded a cover of Swift’s ‘Shake It Off’, with a colourful video shot around Nashville being released to accompany Elles’ take on the track.

Reviewers have compared Elles herself to Taylor Swift. Maverick Magazine awarded her debut album ‘Wildfire’ top marks (5/5) and went on say “If Bailey can follow this album up with something equally as good as ‘Wildfire’, there’s no reason why she can’t hit the heights Swift did in country- and perhaps move even further up the country mountain than Swift did.”

‘I’m a huge Swift fan,” says Elles herself, “I fell in love with Taylor’s original version of ‘Shake it Off’ the moment I saw the video. That started me thinking about doing an ‘Elles Bailey’ take on the song, and I’m not gonna lie: I do love this version!”

Elles’ recording of ‘Shake It Off’ takes the song out of up-tempo dance-pop and brings it into her domain of Modern Country. It slows the song down, brings in classic Rock and Blues instruments like slide guitar and strong percussion, and what’s more brings Elles’ distinctive, soulful, smoky, bluesy voice into play, giving the song’s lyrics a very different feel and meaning.

The colourful on-location video matches the song and was shot in and around Nashville. “I had great fun making the video,” explains Elles, “I was dashing around Nashville, with Louis from Epidemic Media. It was kinda crazy though – we only had one day to film, and with loads of different locations, all over the city, it did mean we had to battle the horrendous Nashville traffic whilst trying to get everything done before sundown!”

You’d never guess from the soft-sunned shots and smooth flow of the video, though: a fascinating contrast to Taylor Swift’s original dance-led studio visuals.

In other news, Elles has been nominated for four different U.K. Blues awards, alongside some amazing artists. After the success of her critically-acclaimed debut album Wildfire (now released as a Deluxe version with 6 extra tracks), appearances at Country and Blues festivals, and recent return to the studio to record eagerly-anticipated new material, 2018 continues to be a busy, successful year for this talented singer-songwriter. 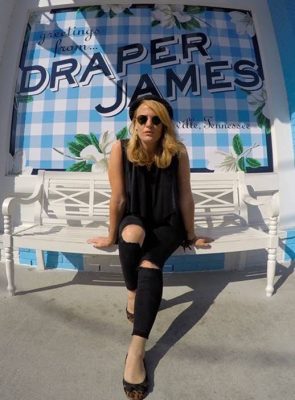