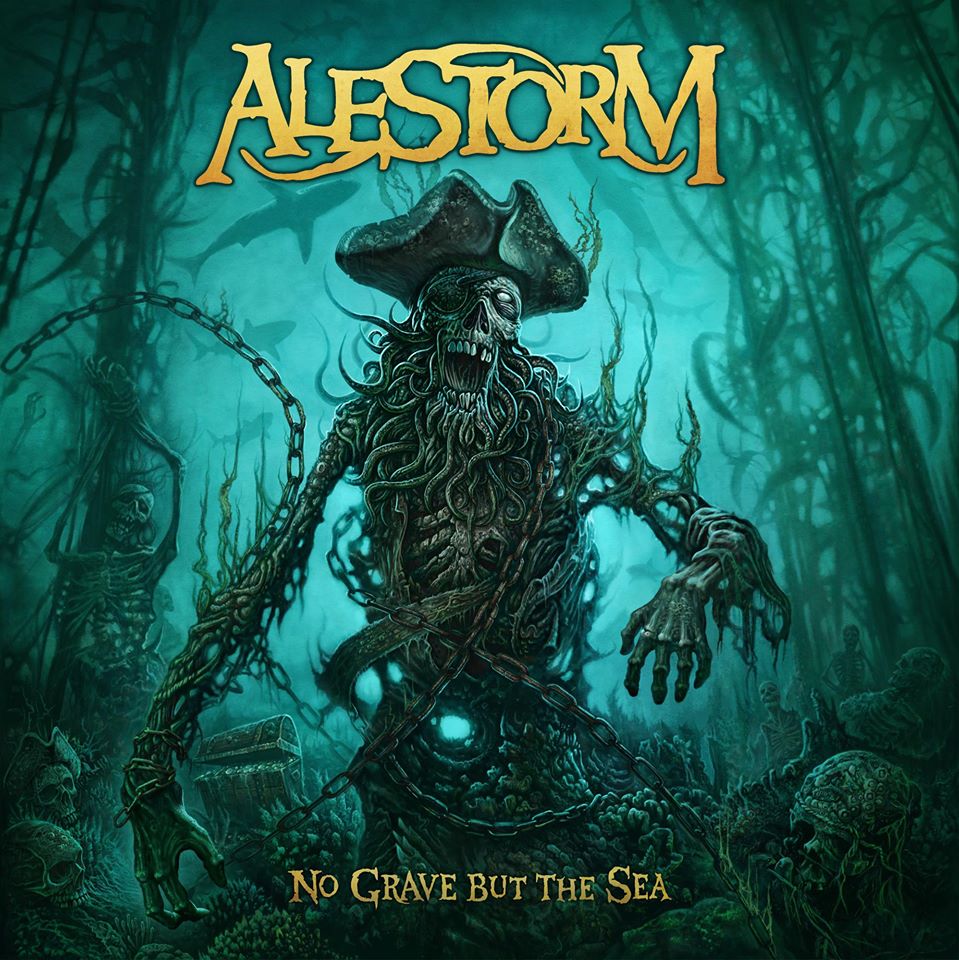 Alestorm are a 5 piece infectious brand of pirate metal that hail from the darkest nether regions of Hull UK.
With the release of their latest album ‘No Grave But The Sea’, their keys player Elliot takes his time out to speak to us about the band.
This is what he had to say…

Last time we caught up with you guys, you were playing Hammerfest in Wales in March, you got a great crowd and the atmosphere was buzzing.

Yea it was crazy, people were saying they couldn’t get in the venue because it was that heaving.

Yea it was absolute madness, but a great turn out for you guys!

Your new album ‘No Grave But The Sea’ came out on the 26th May can you tell us a little bit about the production of the album?

Yea we are really happy with the end result; we were all really focused on producing the best product we could possibly achieve. The songs all really stand up on their own, as we took a lot of care and poured everything into it.

Are you guys looking forward to your Russian Tour in October?

Yea we have been there twice before but this time we are playing up near the mountains in a town we haven’t played before so should be a good one we can’t wait to get there and play.

You guys are touring all over in summer throughout June, July and August on the Vans warped Tour, then going onto Czad festival in Poland In August, how do you find it being out on the road constantly? 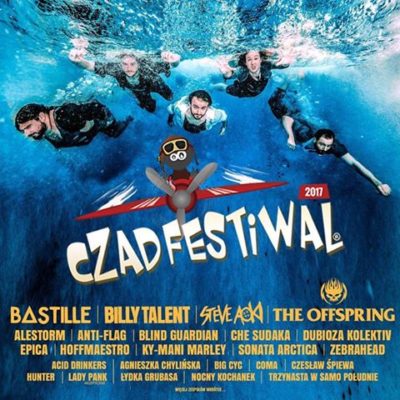 We enjoy it going to different places, meeting new people, we love challenges and each event for us is like a new challenge. The adrenaline that kicks in before a show and when you step out on stage you give it your all and that adrenaline takes over, you just want to wow the crowd and play like its your best performance ever, so yea touring over summer should be a fun time for us.

How do you find it being away from family, and obligations, do any of you have normal jobs outside of the band that you have to make allowances for?

It can be random and hectic at times, a couple of us have some free-lance jobs that we do but not permanent 9-5 jobs that just wouldn’t work as we spend majority of our time on the road.

I do some photography and graphics design in my spare time.

We do all our own online social media stuff like tour posters and i did the photos for Mexico of the us and the treasure chest, so in that respect we have complete control.

But when it comes to CD’s and merch that’s all done for us.

Really do you contribute to any of the album artwork?

No we have a guy that does all that for us.

You’re touring extensively over summer, is there anywhere you haven’t played before that you would like to play? 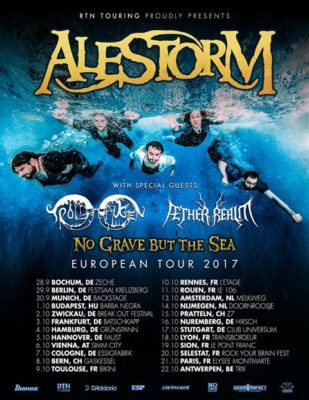 Yea we would like to play China that would be pretty cool, we have done Japan, South America, New Zealand, so to play there would be great!

I bet you have seen some amazing places.

Yea i guess we do, we are lucky like that really, getting to visit new towns and cities.

The new album itself flows so nicely; the tracks are all really fun and bouncy, which is your favourite to play?

Id have to say i really enjoy listening back to them all but if i had to choose one, this is really hard as i like them all, id probably say ‘To The End Of The World’ is in my top 3 off the album.

My favourite would have to be ‘Fucked By An Anchor’, it just seems to be a song that has stuck with me, it’s really fun like most of your other songs but your recent video ‘Alestorm’ is quite different in comparison, its heavier and punchier yet still keeping the fun factor there with the ‘little people’ in it, who’s idea was that?

You’d be surprised at how many people say that track is their favourite, and i can understand why it is a real party track.

As for the little people well we were just testing the waters to see how much we could literally get away with, when we arrived on set they ask us what we want and they literally went out and got everything on that list.

We literally said we want little people and they went out and got them, i don’t know if they have academies that specialise in little people where they hire them from , but those people were willing to come forward and be part of the madness and make complete fools of themselves in our video along with us, it was all really good fun, we enjoyed it.

Shortly after your video ‘Alestorm’ you released your video ‘Mexico’, was it planned to release 2 videos around the same time and were you worried about any backlash from your video ‘Mexico’ playing on all the typical stereotypes that people think of associated with Mexico?

Yes it was planned to release 2 videos one after another within such a short time period.

The Mexico video was all very tongue in cheek and at the time there was a big festival happening at the time in Mexico and the people there loved what we were doing.

Again we wanted to see how far we could push people on set with what we were asking for, so we asked for a donkey and hot chicks and again the studio guys went out and got them, it was unreal.

As for backlash, we aren’t afraid of keyboard warriors, we haven’t had anyone yet give us any hype about this, but we welcome all criticism.

Musically on stage you guys are completely batshit crazy, is this a stage front or are you like this offstage too?

No we are all really quiet off stage, what we do on stage is our stage persona for our fans, off stage we like to unwind and chill out.

Before we finish up the interview is there anything you would like to say to your fans?

Yea, thanks for coming to our gigs, and buying our merch and don’t forget to buy our new album it’s really good!

Thanks for talking to us today; it was really good to catch up with you again!

Thank you for taking time out for our band!

No problem at all!