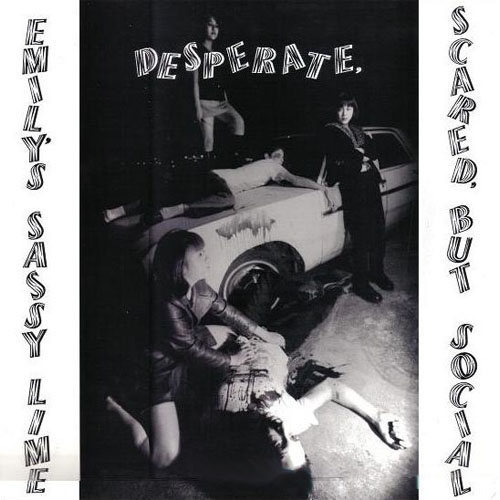 The Riot Grrrl movement started back in the USA in the early 1990’s, overlapping with the whole grunge thing that was kicking off, but with a distinctly feminist slant.  Through their music – and the associated subculture of DIY ethic, zines, art and activism – bands such as Bikini Kill, Huggy Bear, Bratmobile, and Sleater-Kinney addressed the issues of rape, domestic abuse, sexuality, racism, patriarchy, and female empowerment.

To be honest, it was a scene I didn’t know much about at the time.  I was (and still am) a huge L7 fan, and I knew that they’d formed Rock for Choice (a Pro-Choice women’s rights group that was supported by other prominent bands of that era including Pearl Jam, Red Hot Chili Peppers, Nirvana, and Rage Against the Machine) but that was about it.

So I was intrigued when I learned that the 1995 album by Riot Grrrl group Emily’s Sassy Lime had been re-released and was now available as a digital download.

Emily’s Sassy Lime (a palindrome) was an all Asian American teenage riot grrrl trio from Southern California, formed in 1993 by Wendy Yao, Amy Yao, and Emily Ryan.  They didn’t live close to each other, so often wrote their songs over the phone, sometimes leaving ideas for tunes and melodies on each other’s answering machines.  They hardly ever practiced (their parents wanted them to concentrate on their studies), which resulted in their music being a sort of random garage punk noise-fest.

Desperate, Scared, But Social is a sixteen track album of grungy punk rock that sounds exactly like it’s being played by three teenagers who are still learning to play their instruments… which it was.  So by all rights this should be a terrible album – but instead it has a very cool garage band sound to it, and the roughness of the songs and the poor recording quality add to it’s charm.

Some of the songs are as catchy as hell – my favourite track ‘Not In The Biblical Sense‘ has the chorus “I want my money back” and each time I listen to it I find myself singing along, and ‘Hey You With The Crumby Face‘ has an awesome underlying riff that I can’t get out of my head.

If you like your music chaotic and raw as hell then you will love this – recommended ! 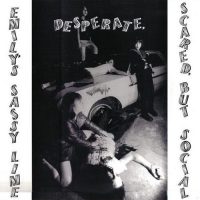