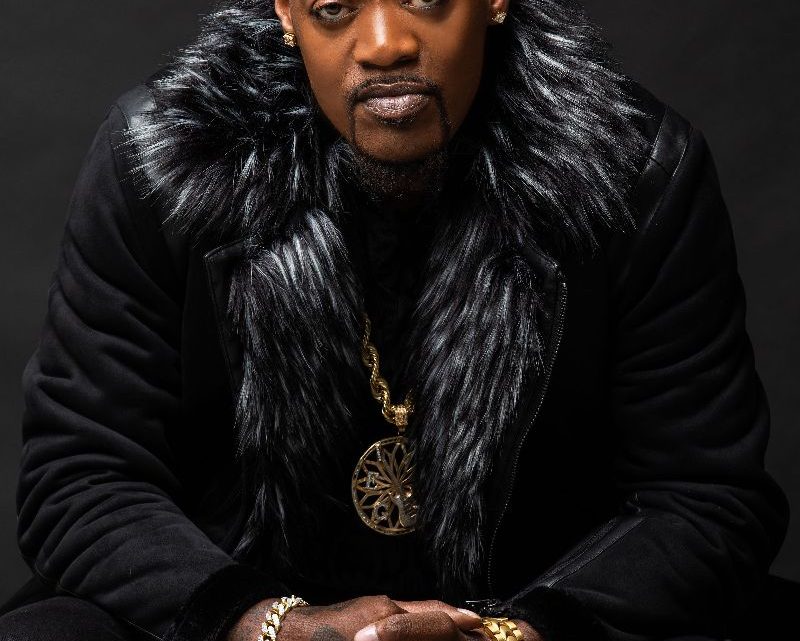 Eric Gales declares, “You Don’t Know The Blues” on his new song taken from his brand-new album ‘Crown’ which will be released via Provogue/Mascot Label Group on 28th January. The career-defining new album sees Gales take his rightful place at the head of the blues-rock table.

Eric Gales will be coming back to the UK for an 11 date tour next year, starting in Brighton on 23 March through Dover, London, Southampton, Bristol, Nottingham, Wolverhampton, Manchester, Glasgow, Whitley Bay and finishing in Leeds on 3 April (FULL DETAILS BELOW).

If there’s anyone who knows the blues, it’s legendary guitarist Eric Gales. Over 30 years and 18 albums, Gales has been a blues firebrand, with a passion for the music and a boundless desire to keep it vital that has never waned.  Eric said, “if you don’t know about them, then you don’t know the blues!”

Produced by Joe Bonamassa and Josh Smith, ‘Crown’ finds Eric opening up like never before, sharing his struggles with substance abuse, his hopes about a new era of sobriety and unbridled creativity, and his personal reflections on racism. Five years sober, creatively rejuvenated, and sagely insightful, the songs on ‘Crown’ are delivered with clarity and feature Eric’s personal experiences and hope for positive change. This is Eric at his most boldly vulnerable, uncompromisingly political, and unflinchingly confident.

The premiere of “You Don’t Know The Blues” follows the release of the album’s first single, off the album, the slinky “I Want My Crown,’ opens with a fanfare of elegant lead guitar virtuosity before slipping into a funky groove. Here, with playful bravado, Eric sings about finally getting his due while also admitting his self-sabotaging past. Clean and focused with guitar in hand, he eyes the crown and goes for it, battling powerhouse blues warrior Joe Bonamassa in a Rocky-like epic fight. Triumphant horns spur on the excitement as the pair unleash barrages of jaw-dropping blues-shred with each player’s passages feeling like the final fury of a July 4th fireworks explosion.

Since 1991, the Memphis-born guitarist has blazed a path reinvigorating the blues with a virtuosity and rock swagger that have him being heralded as the second coming of Jimi Hendrix. He was a child prodigy with bottomless talent and fierce determination, and at just 16 years-old released his debut, ‘The Eric Gales Band,’ on Elektra Records. He’s earned high praise by guitarists’ guitarist and household name axe men such as Joe Bonamassa, Carlos Santana, Dave Navarro, and Mark Tremonti. In addition, he has held his own with some of the greatest guitarists in the world, including Carlos Santana at Woodstock 1994, Zakk Wylde, Eric Johnson, and a posse of others as a featured guest touring with the Experience Hendrix Tour.

‘Crown’ finds Eric stepping up to receive his due. The record is eclectic but cohesive. With assured and authentic artistry, Eric conjures the expanse of the blues, rock, and beyond. The record’s 16 tracks play out as 13 songs plus 3 instrumental vignettes—and these little jams are gems.  The songs on ‘Crown’ were co-written by Eric, Josh, and Joe, and feature contributions from LaDonna Gales, and ace songwriters such as Tom Hambridge, James House, and Keb Mo. The album was recorded at Sound Emporium Nashville, and overdubs were tracked at Ocean Way Nashville, and Earthtone Studios in Greensboro, NC.

‘Crown’ was forged in tragedy but rises triumphantly. The day before Eric travelled to L.A. to work with Joe and Josh, he heard the news about the George Floyd murder. “As I began to chat about this to Joe and Josh during preproduction, raw and unnerved emotion came out of me, and Joe furiously scribbled down notes about it all,” Gales recalls. “These songs came from those outpourings. They’re about my life, and what’s happening in the world right now. When it came time to sing, I had to take breaks between vocals to cry and let it out. I was sharing my experiences as a Black man, and my private struggles. This is me letting the world know what I’ve been through.”

The ‘Crown’ album journey is exhilarating, and, much like Eric’s life, winds through moments of victory and vulnerability. Along the way, Eric shares his story and his feelings through the majesty of the blues. He says: “When I play, the core is always the blues, and on this album, we go through a theme park of the blues, exploring all kinds of blues. We visit the carousel, the bumper cars, the water rides, the concession stands, and we all come out with smiles.” 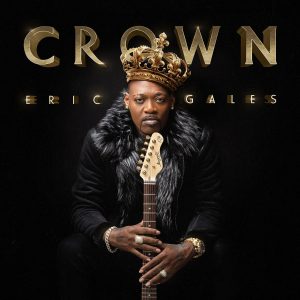 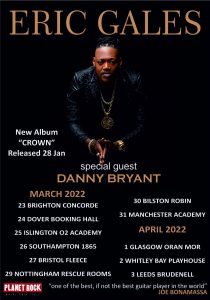