Hailing from Salvador in Brazil and having recently signed to Redefining Darkness Records, Escarnium bring you Godless Shrine of Decay: a compilation of every track the band has released in their 6 year history all in the one place. Old school death metal, with the signature added brutality you would expect from a Brazilian band, Godless Shrine of Decay is a death metal monster just waiting to be unleashed upon your ears.

Opening with Radioactive Doom and Genocide Ritual, originally from the Genocide Ritual single released last year, Escarnium dive straight into the brutality – there is no soothing introduction, no soft and slow build up, just a slap in the face with some old school riffing. The speed and momentum is carried through these tracks into the new song, Human Waste, and all three tracks are packed with ferocity. There is a very nice collection of small guitar solos here as well, however due to the way it was mixed, the solos on Genocide Ritual are barely audible.

Next up we are given a selection of tracks from their debut album, Excruciating Existence, including the title track. Excruciating Existence is the first real standout track we see on Godless Shrine of Decay, and has some very evil and ferocious riffing throughout, and an excellent section absolutely packed with groove about half way through. Continuing in this vein, Salvation Through Zyklon B takes on a bit more groove than the tracks we’ve seen so far, and some truly fantastic guttural growls. Nuclear Burial keeps up the momentum with some strong riffs and a nice little bassline leading to some further amped up brutality.

Self-Proclaimed Messiah is the next track on the compilation, also from Excruciating Existence, and it is arguably the strongest track on the record. Opening with a fantastic, bass-lead intro, the bulk of …Messiah is filled some brilliant and groovy mid-paced riffing. The speed and ferocity we have come to expect from Escarnium comes back, however, and leads very well into a sweeping, very Slayer inspired solo and towards the end of the track, some exceptionally evil riffing takes over. Easily one of the strongest, if not the strongest, song on the album. Following …Messiah we have 731 and Death Metal Terror – both good songs, well written with some savage riffs, however following a song as strong as Self-Proclaimed Messiah the impact of both tracks is lost somewhat. 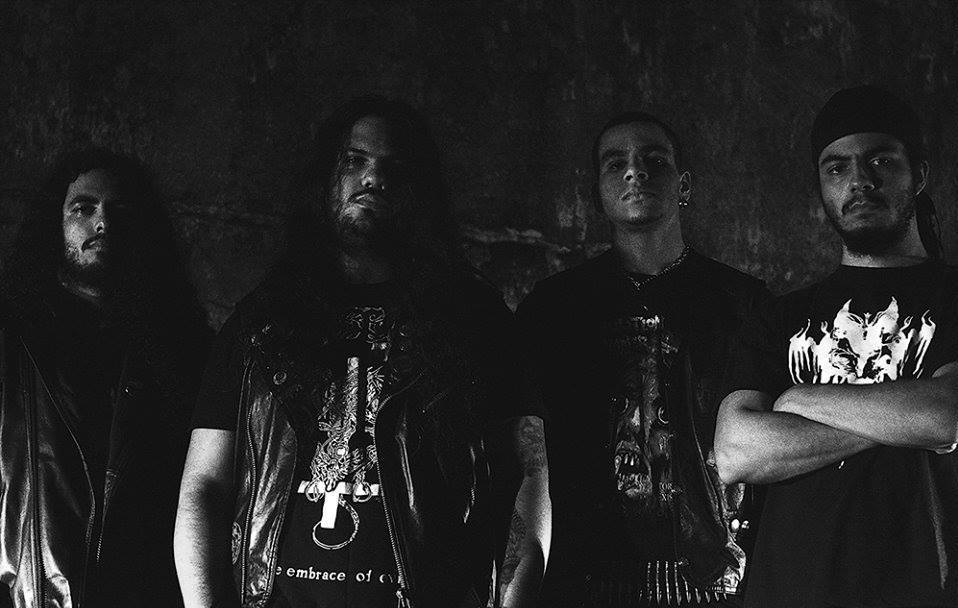 Clearly one of the band’s favoured tracks, Covered In Decadence follows Death Metal Terror. Covered In Decadence has been featured in some form on every single one of Escarnium’s releases, with the exception of last year’s Genocide Ritual single. Filled with incredibly fast and killer riffs, …Decadence gives both barrels right from the outset and refuses to take it’s foot from the pedal with utterly savage vocals, riffing and drumming constant throughout. Next up is the title track from the Rex Verminorum EP, which opens with a strong intro and some really fun guitar work. The whole song is crammed with excellent riffs and is very blast beat driven. Rex Verminorum also features some higher-pitched screams to contrast the guttural growls – more of these screams throughout the album would really go a long way, I feel, as the constant growl sometimes gets lost in the muddy production. Following, is Dark Clouds Above Hell’s Fire, which is very much what you would expect from Escarnium at this point – fast and heavy with some strong riffs, a nice thrashy solo and a little bit of groove. 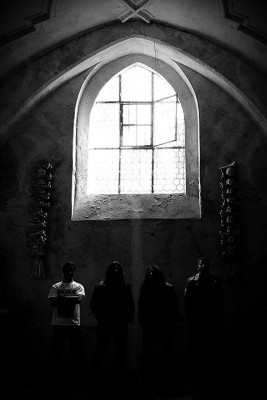 Next up is Self-Proclaimed Messiah’s biggest contender for the best song on the album, Slaves of an Ending Fate, again taken from Excruciating Existence. With a fantastic intro and packed to the brim with well-written, ferocious riffs, it is undoubtedly a highlight track, and features a wonderful break in the savagery to focus on some evil and ominous grooving. The final two tracks are both taken from the Rex Verminorum EP, His Final March and Enfeeblement and Iconoclasm. Both are exactly what you are expecting them to be, extremely fast with brutal riffing and some thrashy solos. Towards the end of the track, Enfeeblement… also features some very catchy riffs leading into an evil sounding melody, before the ferocity picks up again.

Godless Shrine of Decay is good at what it does: it is simple, ferocious, old school death metal, and for a fan of death metal it is a fun listen, however I doubt it will convert many to the cause. The biggest drawback to it is the production – the sound is very muddy, and muffled, and it takes away from the experience in my opinion, I feel some of the flares in musicianship may have been lost in translation due to such a poor sound. That said, however, it is still packed with excellent song writing and is old school death metal done right – I look forward to hearing some new songs from these talented Brazilians!