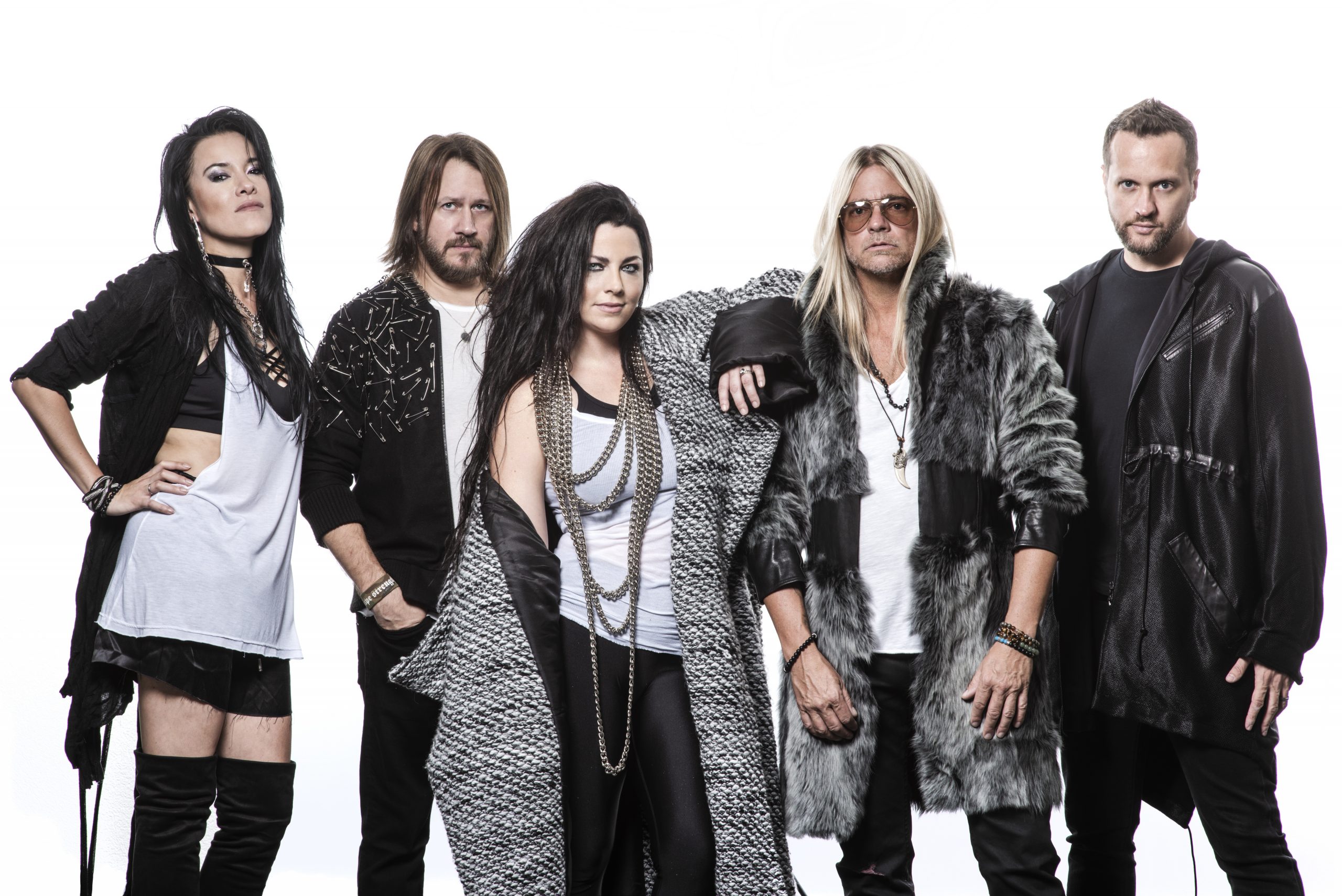 Transcendent, two-time GRAMMY® Award-winning rock band, Evanescence, has released the official music video for their first new rock recording in eight years, “The Chain (From Gears 5).” Directed by frequent collaborator, P.R. Brown (My Chemical Romance, John Mayer, Green Day), the piece blends powerful, epic performance visuals with footage from the launch trailer for Xbox Game Studios’ Gears 5 from the massively popular Gears of War franchise. To emulate the aesthetic of Gears 5, a miniature set was constructed for the music video that parallels the dystopian environment of the game. Watch it HERE, and listen to the song on all digital streaming platforms HERE.

“The lyrics make me feel the power of standing together against great forces trying to pull us apart, perhaps even from the inside. I really wanted to drive that home in our version,” lead singer Amy Lee elaborates. P.R. Brown adds, “The goal of the video is to show the bond of this band as they deliver a powerful take on a classic song. The tie in with Gears 5 presented an opportunity to combine the game world together with the band performance in a post-apocalyptic setting. The band emerges from the ashes to come together. We wanted to bring these worlds together and feel both the force of the band and the game.”

Evanescence unveiled their signature-rock version of the Fleetwood Mac classic in November, after Lee had lent her vocals to the Gears 5 launch trailer. The spot aired as part of a multi-million-dollar ad campaign in the fall in conjunction with the launch of the game. Watch it HERE. In addition, Gears 5 set new records as the biggest launch for any Xbox Game Studios game in this generation.

“The Chain” marks the first release in what is expected to be a very active period for Evanescence. Following their foray into symphonic music with 2017’s critically acclaimed Synthesis album and world tour, the five-piece reemerged by embracing a heavier sound, albeit with their trademark style that has made Evanescence integral in establishing a global, critical mass in rock, and among the most unique artists of the millennium. The band is currently working on new original music, which will start rolling out in 2020 in advance of their highly-anticipated fifth full-length studio album. Stay tuned for more details to come.

On March 29, Evanescence’s spring tour dates commence with a performance at Download Festival in Tokyo, Japan. Shortly thereafter, the group will embark on a massive co-headline tour of Europe and the U.K. with Within Temptation that runs from April 4 to May 1. Evanescence will also headline their own show in Madrid, Spain on May 3 to conclude their slew of dates overseas. After a quick break, the quintet will return to the U.S. for two select performances – The Fillmore in Minneapolis, MN on May 14 and a major festival performance at Sonic Temple on May 16. Tickets to all shows are on sale now and can be purchased on Evanescence’s official website HERE.

About Evanescence:
Formed in the mid-90s, the two-time GRAMMY® Award-winning Evanescence has made an impact on people around the world. The group’s 2003 landmark debut album Fallen laid the foundation; spending 43 weeks on the Billboard Top 10 and selling more than 17 million copies worldwide. Debut single and global hit “Bring Me to Life,” reached #5 on the Billboard Hot 100 as well as marking their first U.K. #1 hit single. The equally popular “My Immortal” peaked at #7 in the U.S. and U.K. Following multiple worldwide tours, The Open Door came next, which went on to sell more than five million copies followed by the self-titled Evanescence which debuted at No. 1 on the Billboard Charts. Evanescence lead singer-songwriter and pianist Amy Lee, bassist Tim McCord, drummer Will Hunt, lead guitarist Troy McLawhorn, and guitarist Jen Majura, went down both very new and familiar paths for their fourth and most ambitious release to date, Synthesis, in 2017 via BMG. The symphonic effort scored four Billboard #1s, debuting atop the Independent, Alternative, Rock, and Classical Album Charts. Evanescence launched their worldwide “Synthesis Live” tour in October 2017 combining their intense live performances and timeless songwriting with a powerful live orchestra.

About Gears of War:
Published by Xbox Game Studios, Gears of War is one of gaming’s most-acclaimed sagas. Launched in 2006 as the killer-app for the first HD generation of game consoles, Gears has become a billion-dollar franchise, inspiring an expanded universe of books and graphic novels, a full line of toys and collectibles and video games across many genres and platforms. “Gears 5,” named as “one of the best games in the Xbox One era” (DualShockers), is now available in Xbox Game Pass for PC and console. “Gears POP!,” which brings together iconic Gears characters in a cute Funko POP! style is now available for iOS, Android, and Windows 10. And “Gears Tactics,” a turn-based tactics game that combines fast-paced brutal action and character-driven storytelling, is coming soon for PC.

More information on previous game titles in the Gears of War series can be found at http://www.gearsofwar.com/games.