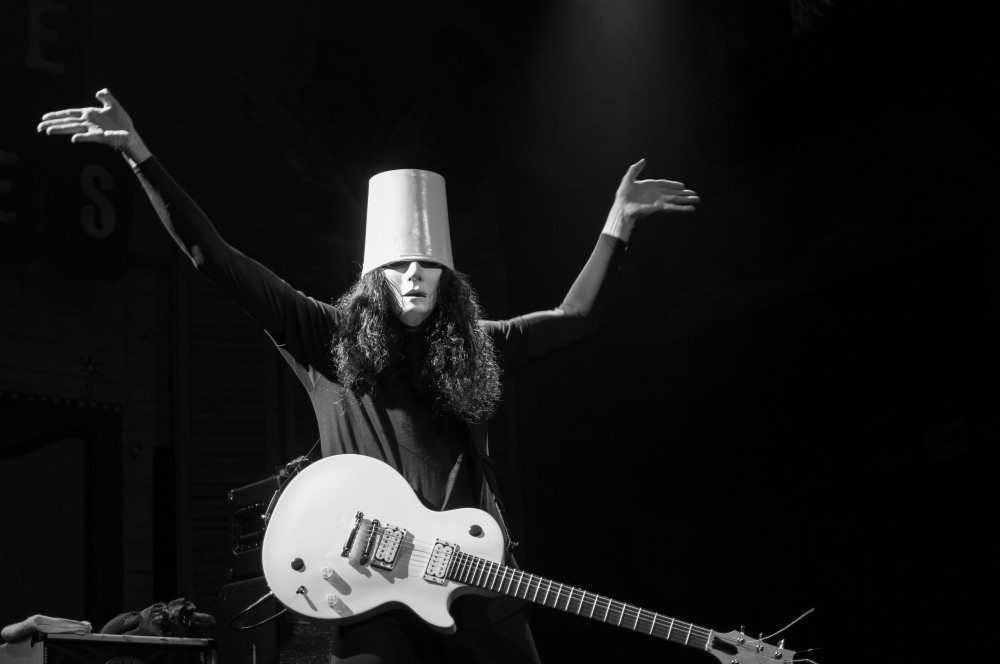 Former Guns N’ Roses guitarist Buckethead, real name Brian Carroll, has told the self-help podcast Coming Alive that he has been diagnosed with a potentially fatal heart condition which could end his life at any moment.

The prolific musician – who has released over 300 albums, collaborated with the likes of Iggy Pop and Mike Patton, and notably served as a guitarist for Guns N’ Roses between 2000 and 2004 – revealed the condition during a recent appearance on the Coming Alive podcast.

“Well really recently, I have a heart problem where my heart beats out of rhythm. It’s been doing it for a long time, but recently it just really kicked up and became really intense. I really didn’t know what was going on, I just tried to deal with it, and let it do what it did, and eventually it would stop, but it got really intense so I went to the doctor and they said, ‘You’re on the verge of having a stroke’. I’m like, ‘Wow’. Because I felt so good prior to having it, I was doing pretty well and everything.

“They suggested I had a thing called an ablation; they go in and freeze your heart. It’s supposed to do something with the nerves, because they said my heart was fine, but it could be a genetic thing, they didn’t really know. I had that procedure, and it didn’t really stop it, and I’m still dealing with it.

“I take medication, which is tough, because I never took anything my whole life, although if I eat food or drink something that’s probably worse anyway [laughs]. So it’s been really difficult, because it’s scary because it comes on. Even walking across a room is difficult, luckily the medication I’m thankful for, because it’s kept it from going berserk, but it’s pretty intense.

“It seems like now I’m letting this thing sort of exist now in me, I can’t really escape it. I’m always aware of the intensity of my heartbeat, it’s just not something that I’d ever experienced, so it definitely kind of scares me. But I also see that it is also doing a lot of good, because I need to do all of the things I want to do.

“I just feel an urgency now.”

“I mean the day after I had that procedure, I recorded a record with my friend. I just lied in bed and recorded it, because I felt like, I’m here still.

You can hear the full interview right here.