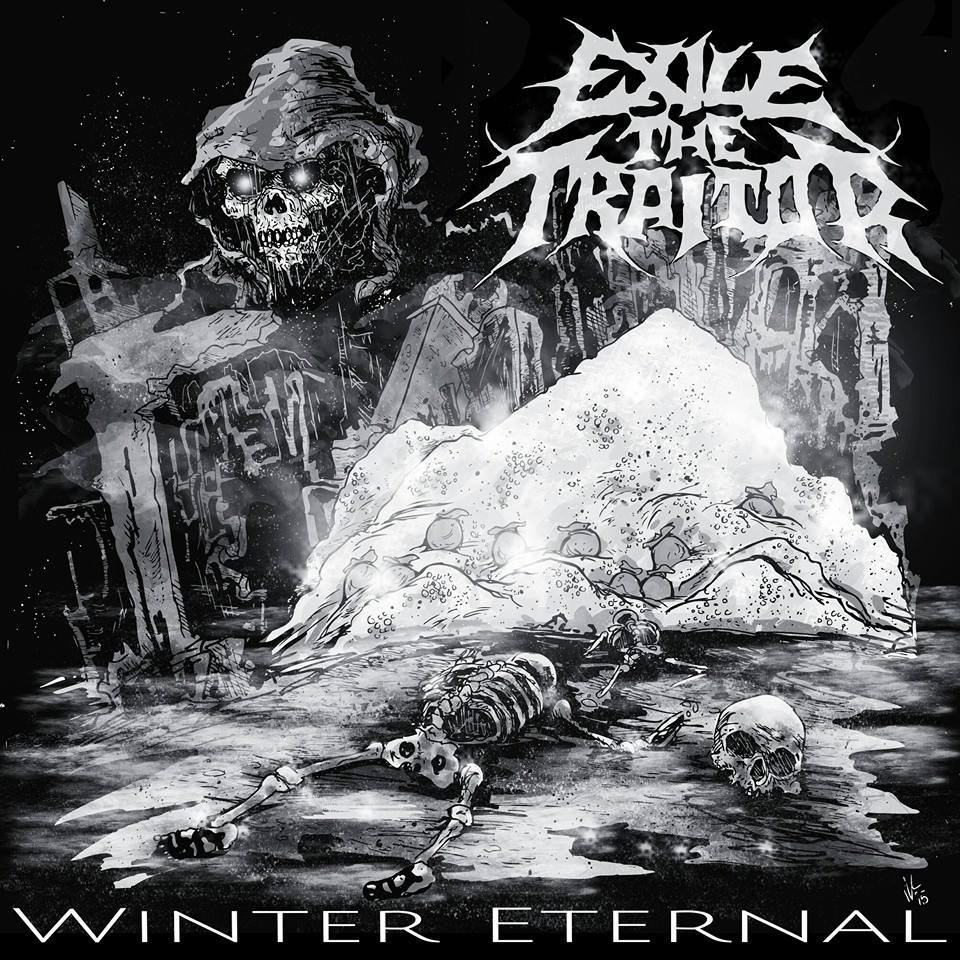 18th October 2015 0 By Fraser
Winter Eternal is a relatively short EP, only 4 tracks, but by Satan it is brutal.Fraser Fionn Wilson

Hailing from Glasgow, Scotland, Exile The Traitor have their boots firmly placed in the melodic death metal camp. Their punishing brand of death metal is very much the love child of The Black Dahlia Murder and At The Gates – but don’t mistake them for copycats: while it would be impossible to deny such influences on the band, to suggest they are merely aping their predecessors would be nothing short of slander.

Winter Eternal is a relatively short EP, only 4 tracks, but by Satan it is brutal. There are no atmospheric intros, no messing around – the opening track, Laments of a Flesh Peddler, gets straight to it and pulls no punches. Starting with a catchy, if pounding, riff before the harmonised screams kick in and the carnage begins. From this point to the end of the EP there are few moments to catch a breath, but I wouldn’t have it any other way – every riff, every drum fill, every bassline, every verse and every chorus is packed to the brim with melody and sheer, unmatched brutality.

Track two, Puppetry of the Interred, has the most enjoyable chorus of the release and is definitely a highlight. Blast beats, double bass, melody tinged and meaty death metal riffs, pinch harmonics and catchy vocal lines – there is nothing more that could be asked of ETT here. Puppetry… also includes one of the few times to catch your breath as the track fades out – but enjoy those brief seconds of release while you can, because the third track, Midnight Cavalcade, jumps straight into the brutality from the first second. Midnight… as a whole is another highlight of the EP – a meaty riff-fest so infectious even the dead would bang their head along. The EP closes with the title track, and what a way to finish – the single solo of the release can be found on Winter Eternal and it is a beauty, and another definite highlight.

Winter Eternal is a very promising release from a band that is dripping with talent and potential. Will Keogh’s basslines are a work of art and his fingers dance across the fretboard at a speed that would make even the most proficient guitarist do a double take. Kerr Grey’s drumming is brutal, and has absolutely everything you would want in a death metal release. Ian McGuinness and Kenny Middleton shred with the best of them, and there is a lot of talent behind the axemen of Exile the Traitor. And the vocals of Anton Franzen and Will Hay add layers upon layers of brutality and catchiness to what is a very strong, if short, EP. The only criticism that can be found is that it is very short coming in at only 15 minutes – another track or two of the same calibre would make this release damn near to perfect.

Since the release of Winter Eternal, Will Keogh and Anton have sadly left to pursue other ventures (check out Will’s new band Servant Sun for all the proggy goodness, and keep your eyes peeled for a new project from Anton!) so Exile are currently looking for a new bassist – get in touch with them if based in the Glasgow area and are interested in joining one of the most talented metal bands on the scene in Scotland!

Pick up the EP here, and have a listen to their other releases while you’re at it: https://exilethetraitor.bandcamp.com/album/winter-eternal 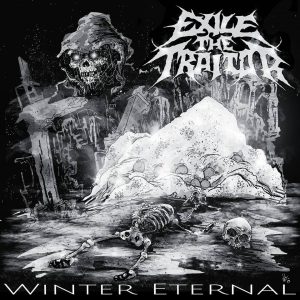