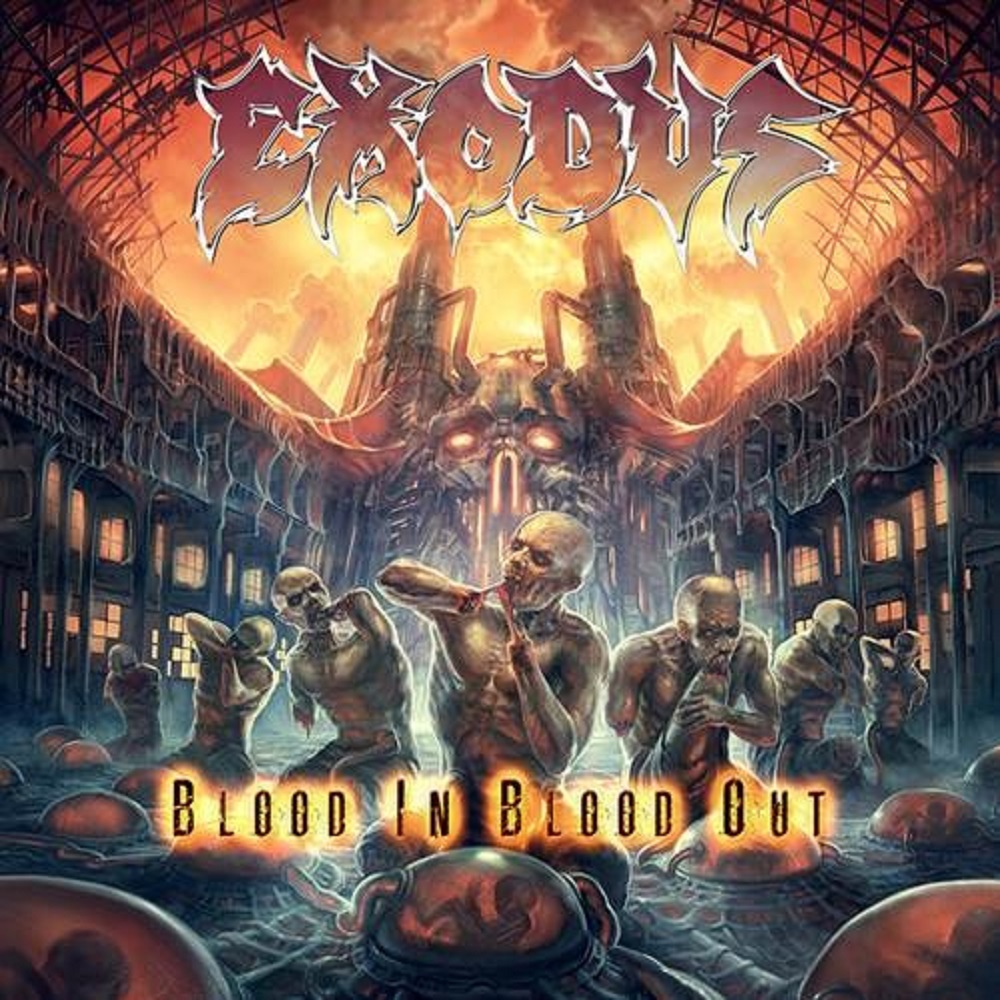 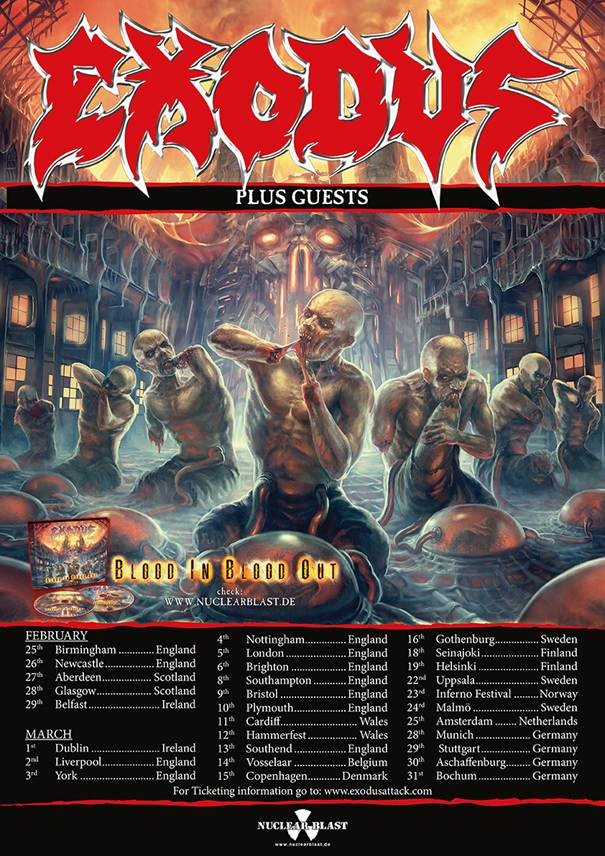 Bay Area thrash titans Exodus are hugely pleased to announce they will be returning to our UK and Irish soil in 2016.

Their tour commences on 25th February in Birmingham, taking the band around our shores via a headline appearance at Hammerfest, Gwynedd – finally culminating in Southend on 13th March before moving onto Europe. Exodus played to London and Manchester fans this summer, and are now keen to disperse their thrashing annihilation further across the UK.
Legendary singer Steve “Zetro” Souza said on the announcement:
“Can’t wait to get back to the UK to hang out with all the British Exo maniacs, we only did London and Manchester last time and it was fucking bonkers!!!!! Looking forward to a more in depth UK jaunt, so get ready for the Exodus invasion in Great Britain… It’s gonna get violent!!!!”

You can see Exodus live on the following dates: 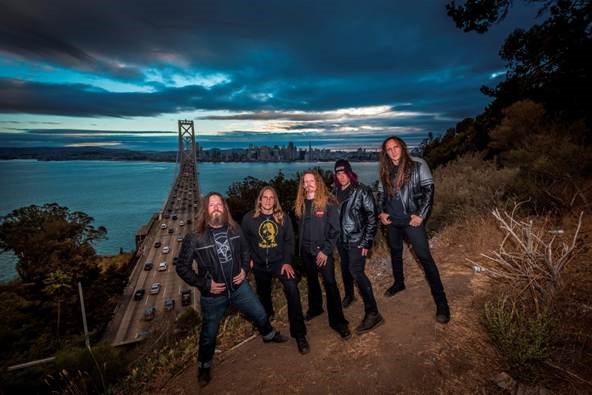 Exodus released their latest monumental, studio album ‘Blood In Blood Out’ in 2014. This was their tenth full-length album and it proved that Holt, Hunting, Gibson, Altus, and Souza still have the fortitude, chops, and talent to deliver top-notch, ballad-free tunes that stand out without straying from their band’s core aesthetic.

The title of the album encapsulates Holt’s approach to Exodus:
“When I was working on the record, I was sitting around watching TV series like ‘Gangland’ and all these locked-up prison reality shows and I thought, ‘Yeah, that’s like Exodus.’ It’s a brotherhood. You bleed to get in, you bleed to get out. I’ve been doing this kind of music since I was a teenager and I’ll be doing it ‘til I can’t physically do it anymore. It was always my grand vision to do a two-part Rush/King Crimson epic of thrash metal, and we did it. I kind of got that out of my system, so this time I wanted everything to sound more natural, shorter, and to the point. Get in and get out. So this one is a little more to the roots. Maybe some of that old ‘Bonded By Blood’ influence came out and it’s heavy as fuck, but that’s the way we like it.”

‘Blood In Blood Out’ is as easy to grasp as a machete with finger notches in the handle and Holt has lost none of the rage and hunger he had in his teens (and he’s long since mastered his craft). The eleven pulse-pounding tunes on the album are among Exodus’ best, signaling a rebirth as much as an evolution. The title track storms out of the gate with chunky, rapid-fire guitars, hammering beats, and gang vocals on the chorus, not to mention the signature vocals of longtime singer Steve “Zetro” Souza, who had recently returned the band. Souza added significantly to the tone and attitude of the album, having sung with Exodus from 1986 to 1992, and again between 2002 and 2004. Souza wasn’t the only performer on ‘Blood In Blood Out’ who had been out of the band for more than a decade. Original band guitarist Kirk Hammett (yes, of Metallica!) dropped by the studio to contribute a solo to ‘Salt the Wound.’

“I’m not happy unless I see someone out there in the pit, bleeding and smiling.” – Gary Holt

For the troops in the trenches, it began in 1982 with a low generation copy of a local band’s three-song demo. For some, it began with their first listen to Combat Records’ version of ‘Bonded By Blood’ in 1986. As the original architects of the thrash metal scene, Exodus have battled every kind of adversity over the past 30 years and used it all as fuel to stoke their ever-raging fire. Short-lived trends, line-up shifts, label conflicts, even the death of founding vocalist Paul Baloff couldn’t stop the beast.
One cannot discuss the power and influence of Exodus without going into the genealogy of metal music itself. Long hailed as the band that spawned the burgeoning Bay Area Thrash scene in the early ‘80s. At the beginning of their career they gained huge notoriety in the international underground scene as a result of the tape trading community. Their dynamic guitar riffing, adrenaline-inducing drum work, and bloodied live shows made all the difference in the band’s mission to take Bay Area Thrash to a worldwide audience. By 1983, the band line-up included guitarist Rick Hunolt and bassist Rob McKillop and had inspired the likes of Metallica, Testament, Death Angel, and Vio-lence. Exodus’ debut, the immortal, must-have, undisputed thrash classic ‘Bonded By Blood’ was released in 1985 via Torrid Records (then re-released in 1986 on Combat Records), and a vast tour with Slayer and Venom propelled the band into a household name.