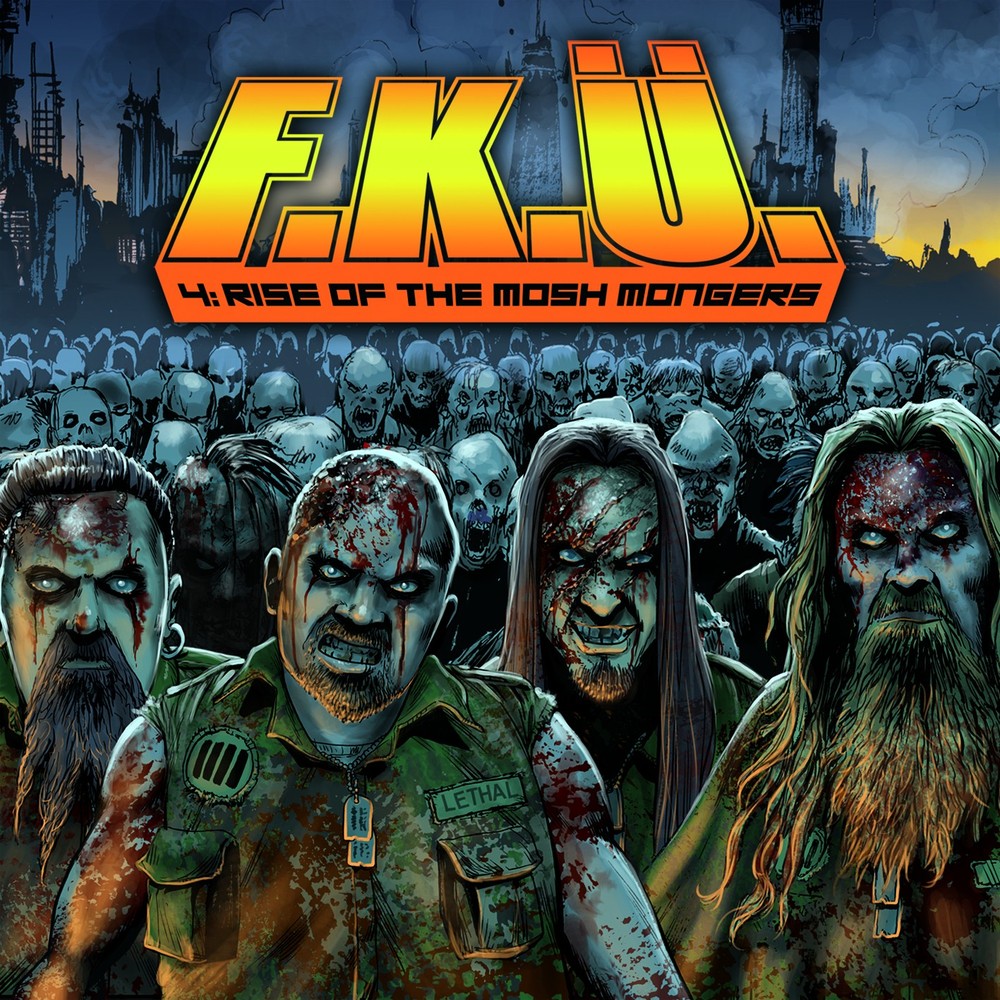 F.K.Ü. (or Freddy Krueger’s Ünderwear if you want their full name) were formed in 1987 in Sweden, however they didn’t release their first album until 1999 due to the members having obligations with other bands. This is the 4th release by F.K.Ü. 4: RISE OF THE MOSH MONGERS, well as the album and song titles suggest this is tongue in cheek horror thrash and is for fans of GAMA BOMB, DR LIVING DEAD, BIRTH A.D., MUNICIPAL WASTE, M.O.D, CRUMBSUCKERS, S.O.D, EXODUS…you get the picture.

This album is filled with great guitar riffs and solos, the drums blast and beat the crap out of everything while the bass has a deep pulse that backs up the commando style bass kick drumming by slapping you across the face! While vocalist Larry Lethal screams bloody gore, he has a sound of the late Paul Biiloff with a hint of Chuck Billy thrown into the mix. ‘MOSHOCALYPSE NOW’ is an introduction and ‘THE ÜBERSLASHER PT. 1, 2, 3 & 4’ are short interludes (around 20 seconds each), so that leaves the listener with 12 tracks of thrashing speed metal and this is shown with ‘RISE OF THE MOSH MONGERS’ and then they don’t let up…!!!
So what if they have maybe slightly modified a few riffs from other bands (cough cough S.O.D., TESTAMENT) this is still a little gem of an album and I will definitely check out the previous releases from F.K.Ü. This album is full of over the top speed and aggression with some great catchy riffs and I love the horror theme running through the songs (from films and literature). While F.K.Ü. haven’t reinvented thrash or tried anything differently, what they do give the listener is a pure “METAL THRASHING MAD” (name that band and album) album, so if thrash metal is your thing then you could do a lot worse than checking out ‘4: RISE OF THE MOSH MONGERS’.
SCORE – 7.5 out of 10
TRACKS TO CHECK OUT – “Rise of the Mosh Mongers”, “Cannibal Detox”, “At The Mountain of Madness”, “Marz Attacks”
[box_dark] 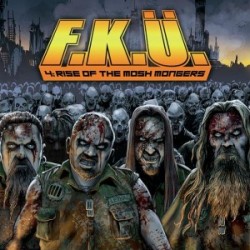