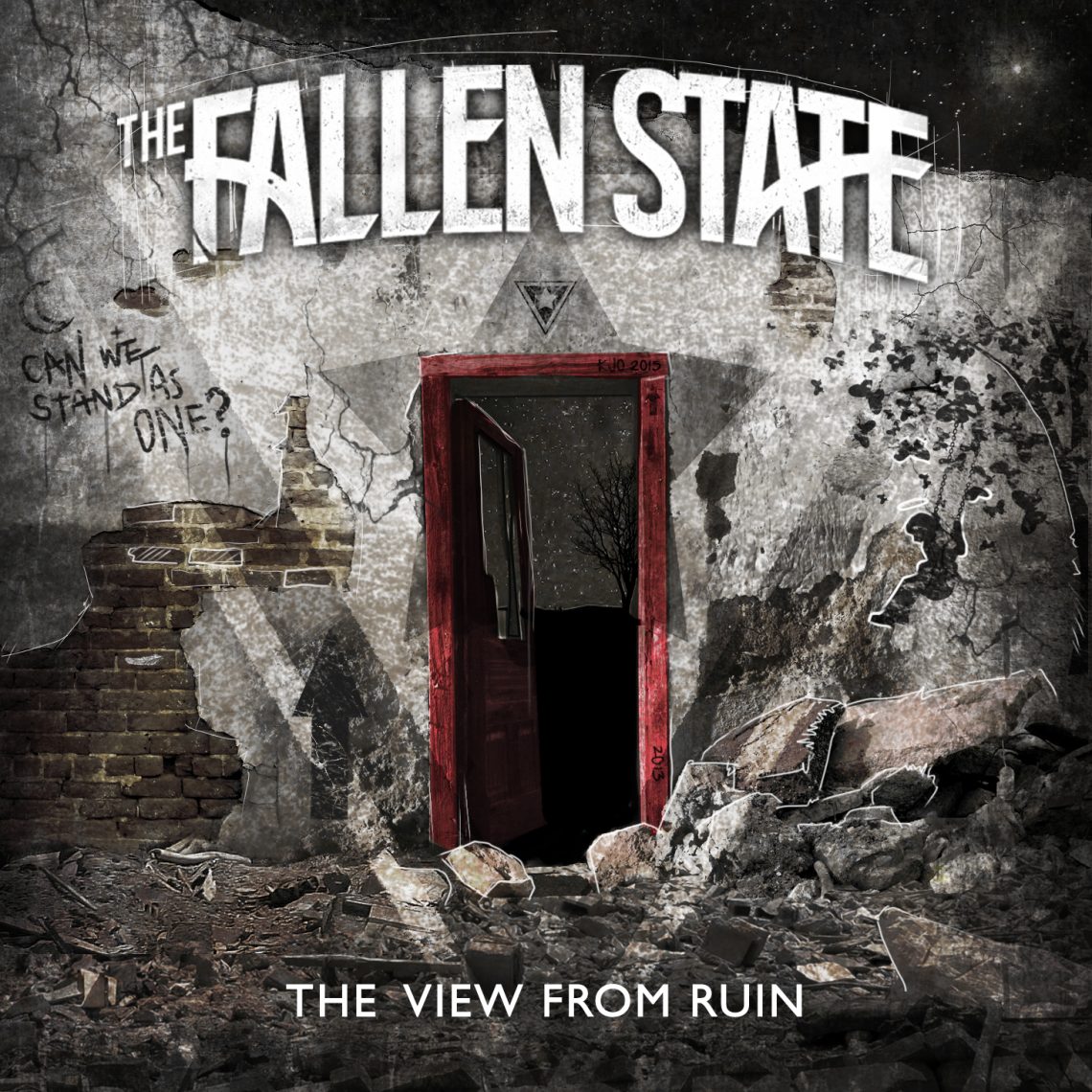 The Fallen State announce their new EP ‘The View from Ruin’ will be released 24th February 2017 Following on from their four critically-acclaimed, well-played and received previous EPs (I, II, III, and ‘Crown Your Shadows)’, ‘The View from Ruin’ is eagerly awaited by fans, will be an excellent addition to the band’s repertoire, and is accompanied by a striking, recently-shot video for the single  track, ‘Nova’ released 13th February 2017.

“The View From Ruin is without a doubt the product of maturity in our song writing. It’s the collaboration of every band member having an influence and highlights the drive and togetherness within our band.
As a whole it represents everything we have experience so far, and we’re beyond excited to show it to the world.” says Ben Stenning.  Guitarist Jon Price adds “”Nova is probably the most heartfelt song we have written to date. Members of the band have experienced loss in a deep way over the past few years. We hope the story of Nova will resonate with the fans and they will identify with the overall positive aspect of the song, as well as the sad elements seen in the video”

It’s a testimony to the band’s killer combo of passion and craft that The Fallen State has developed an impressive reputation, with their stylish take on the musical legacies of both sides of the Atlantic. They’ve already released four EPs, and with ‘The View from Ruin’ will add the fifth. They’ve also achieved video and radio airplay of ‘Sinner’ on Scuzz, the BBC, Teamrock, and Kerrang. Passionate performers, they live for the live show and sell out shows with their modern, incisive, inspiring performances. The band has also toured with Black Stone Cherry, 3 Doors Down and US Grammy winners Halestorm; not to mention artists such as Trapt and fellow UK rockers The Treatment, Young Guns, and Heavens Basement.

The Fallen State is rising, with the ‘The View from Ruin’ tracks (including ‘Nova’) being awesome additions to their playlist and their accompanying ‘The View from Ruin’ tour delivering hi-octane, groove-ridden, rock n’ roll to a venue near you and have recently announced they will be playing at Wildfire Fest, Rambin’ Man Fair and Amplified Festival.