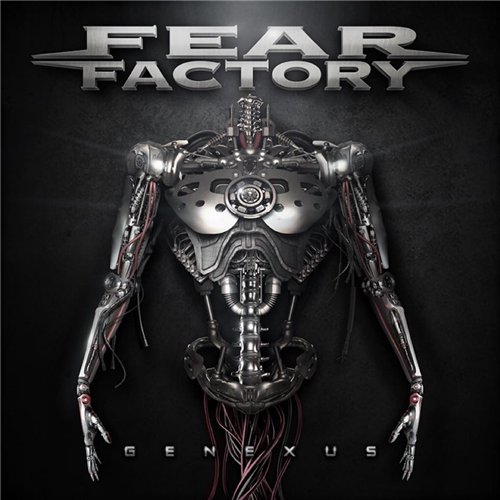 Fear Factory have had a turbulent career in the last decade with the departure of co-founder Dino Cazeres in 2002 & his subsequent re-connect in 2009 which has since produce 2 of Fear Factorys finest moments (Mechanize 2010 & Industrialist 2012.)

3 years on & the band have produce an amazing album with Genexus.

Burton C Bells trademark growls to clean vocals have never sounded as good, Dino’s guitar playing is as solid as ever, Mike Heller on drums pounding away & new boy Tony Campus on bass complete the back bone & groove of the album.

Autonomous Combat System the albums opener starts with an eerie cinematic intro before launching in to a brutal assault with a snare drum beat that wouldn’t sound out-of-place in war-torn Iraq with machine gun fire.

The album is full of eclectic beauty. From the use of strings of Dialectric to the Depeche Mode tinged closer Expiration Date.

This latest opus from Fear Factory is an exploration of the struggle of man vs. machine and cyber vs. organic.

“It’s very much about defining and coming to terms with what you are and who you are, It’s a record that everyone can relate to. Conceptually, it does ask the question: ‘Who am I?’ which is a key question to life itself, just asked from a very FEAR FACTORY point of view.”explains Burton C Bell.

The album as you would expect from the title GENEXUS.

Burton explains “GENEXUS is a play on words that describes what is happening whether we like it or not. Genesis is the beginning & Nexus is two things connecting. It’s the next stage in human evolution, where humans become more machine-like and machines become more human. We’re approaching what is called ‘The Singularity,’ where that difference will become almost invisible to the naked eye.”

Cazzares adds “We’ve always had a thirst for technology; whether it be in how we make our records or how we view the world. That’s always helped us stay a step ahead and remain relevant. That was the feeling we had when we started the band 25 years ago and that’s how we approach our music now. We’ve never wavered. Ray Kurzweil (in his book ‘The Singularity Is Near‘ ) has predicted that ‘The Singularity’ will occur around 2045. If you look at how much technology is part of our daily lives from advances in medicine to things as simple as how attached we are to our smart-phones, it seems almost unavoidable. In fact, people like Stephen Hawking are predicting that it’s going to happen a lot earlier.”

The record crushes more than a compactor in a scrap yard.

It truly is a cerebral experience. Every track is beautifully written, rich in story & so much mental imagery.

“We put our heart and soul into this record,” says Bell. “From working with Drew Fulk on the vocals to working with Andy Sneap, we got the best out of ourselves while reconnecting with exactly who we are. We’re at an age of distinction and we needed to make sure that came through.”

There’s so much more to this album than previous Fear Factory albums.

Soaring melodies, staccato guitars, jarring rhythms. It’s an album to fuck shit up to. Bring on the pits. 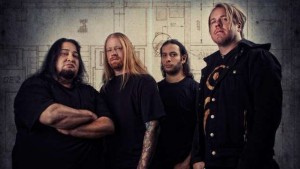