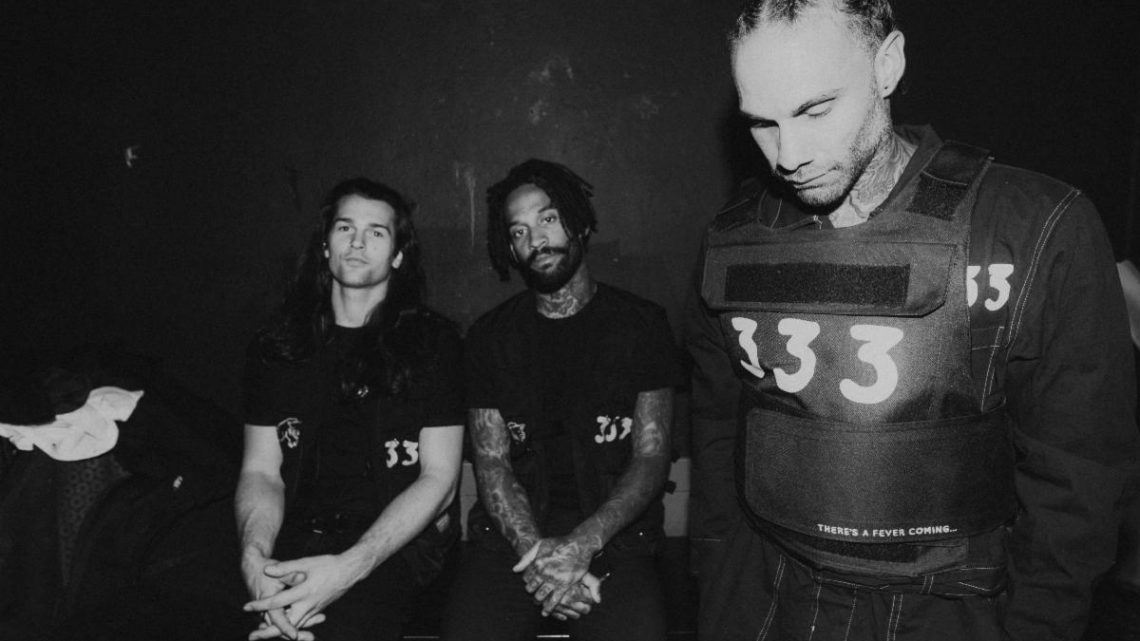 19th October 2020 0 By John Deaux
FEVER 333 have released BITE BACK, their explosive new single and the first taste of music from their forthcoming EP WRONG GENERATION, which arrives 23rd October via Roadrunner Records / 333 WRECKORDS CREW. BITE BACK is available now on all streaming platforms with pre-orders for WRONG GENERATION available at www.FEVER333.com.
Following the tragic murder of George Floyd, FEVER 333 vocalist Jason Aalon Butler spent 13 days in the streets as he marched on the frontlines of rebellion in Los Angeles. On the 14th day, he came home and wrote what would become WRONG GENERATION.
Butler commented on BITE BACK’s origins: “Everything in this song was what I’d seen during those 13 days and what I felt needed to happen. I saw buildings burn. I saw fights. I saw white allies stepping in front of the National Guard, because they knew they had a power those black bodies behind them did not. What did you expect? When you put any creature in a corner for so long and show them how quickly life can be taken from them, I don’t know what other option there is but fighting back.”
This Friday 23rd October, FEVER 333 begin their first-ever global livestream tour, WORLDWIDE D333MONSTRATIONS FOR THE WRONG GENERATION, a series of six consecutive ticketed livestream performances, each broadcasting live in market specific time zones. The events promise to shape the future of livestream experiences with innovations in audio and visual technology. FEVER 333 are set to implement a never before used proprietary audio technology, boasting unrivaled direct audio with close to zero latency, offering a new fan experience. The 32-Bit technology, which is the ultimate in ultra-high-definition audio, will set a new standard for fans to experience live audio online. Held in an immersive LED walled room and performed live for the local time zones, the tour kicks off with a London / Mainland Europe focussed performance on October 23rd at 8:00PM UK time. Additional events include: October 24th 8:00PM PST (Los Angeles), October 27th 7:00PM AEST (Sydney / Tokyo), October 28th 9:00PM EST (New York), October 29th 9:00PM MST (Moscow), and October 30th 8:00PM CST (Chicago / Mexico City). Tickets for each date are available now at FEVER333.Veeps.Com.
Butler elaborated on WORLD TOUR FOR THE WRONG GENERATIONstating, “We are so thankful for our allies from all over, so we wanted to find a way to give back to every part of the world that we were lucky enough to reach during our last album cycle. We want to offer a new type of LIVE experience during this pandemic period. Exclusivity to each region, actual live in the moment filming, no edits, utilizing a brand-new DIRECT audio feed, making each demo feels as live as possible in an era where the traditional live performance is seemingly unachievable. We feel we have a found a way that most closely achieves that essence in a way that has not yet been done.”
WORLD TOUR FOR THE WRONG GENERATION follows FEVER 333’s groundbreaking LONG LIVE THE INNOCENT livestream, which drew in over 300,000 views for the one-night-only full production livestream performance. Conceived in solidarity with the communities across the county protesting for justice, FEVER 333 donated all proceeds from the performance to the Minnesota Freedom Fund and Black Lives Matter, initiatives aimed at advancing the liberation and well-being of Black and Brown communities through mass-mobilization and the creation of new systems that elevate the next generation of change leaders.
Last year, FEVER 333 took the world by storm with their global headline D333MONSTRATIONS tour. Alongside sold-out demonstrations, FEVER 333 ignited festival stages across the world at Lollapalooza South America, AfroPunk, Reading Festival, Download UK, Download AU, Park Live Moscow, and Japan’s Fuji Rock Festival.
FEVER 333
WRONG GENERATION

SLEEVE ARTWORK PHOTO CREDIT: D. RANDALL BLYTHE
1. BITE BACK
2. BLOCK IS ON FIRE
3. WRONG GENERATION
4. U WANTED A FIGHT
5. WALK THROUGH THE FIRE
6. FOR THE RECORD ft. Walter Delgado of Rotting Out
7. LAST TIME
8. SUPREMACY