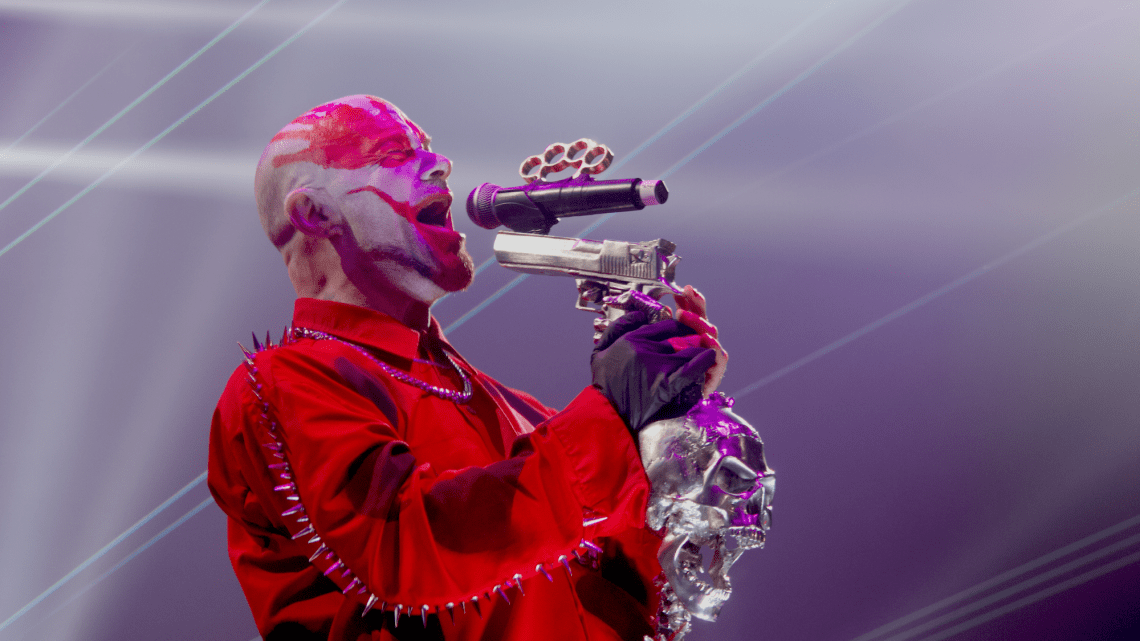 A DECADE OF DESTRUCTION, VOLUME 2 is the follow-up to the band’s popular 2017 compilation, which was recently certified Platinum by the RIAA. The album has continued to rank on the Billboard Top 200 Chart for over two and a half years.

The compilation features 12 of the band’s most popular radio and streaming favorites that were recorded for the Prospect Park label during its first decade of existence.  Collectively, these tracks have generated over 1 billion U.S. streams, to date.

Also included on the album are 5 previously unreleased tracks, including a studio track (“Broken World”), an acoustic/orchestral rendition of one of their most popular songs (“Wrong Side Of Heaven-Acoustic”–which will be released digitally on September 25) and three remixes of past favorites by some of today’s most prominent remix artists, including Steve Aoki (“Bad Company”) Joe Hahn (“Wash It All Away”), and Felmax (“Trouble”).

Since the band’s debut in 2007, FIVE FINGER DEATH PUNCH have amassed over 4 billion streams and sold 9 million digital songs and over 4.7 million albums in the US alone.  FIVE FINGER DEATH PUNCH are currently the most-streamed artist in US Hard Rock/Metal space, outpacing other monolithic hard rock acts like Metallica and AC/DC. 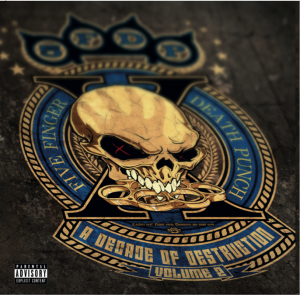 A DECADE OF DESTRUCTION, VOLUME 2 official track listing is as follows below:

About FIVE FINGER DEATH PUNCH:
Over the last decade, FIVE FINGER DEATH PUNCH has become one of the most recognizable names in music. The band has earned 22 Top 10 Active Rock singles (including ten #1 singles) and has sold over 1 Million concert tickets in the past two years alone. They have sold over $40 Million in merchandise globally. Every record since the release of the band’s 2007 debut album The Way of the Fist, has been certified Gold or Platinum by the RIAA – 3x Platinum and 6x Gold. The band has earned numerous awards and honors and is one of the few recipients of the prestigious Soldier Appreciation Award from the Association of The United States Army. Recently, FIVE FINGER DEATH PUNCH was nominated for Best Rock Song and Best Rock Artist at this year’s iHeartRadio Music Awards.