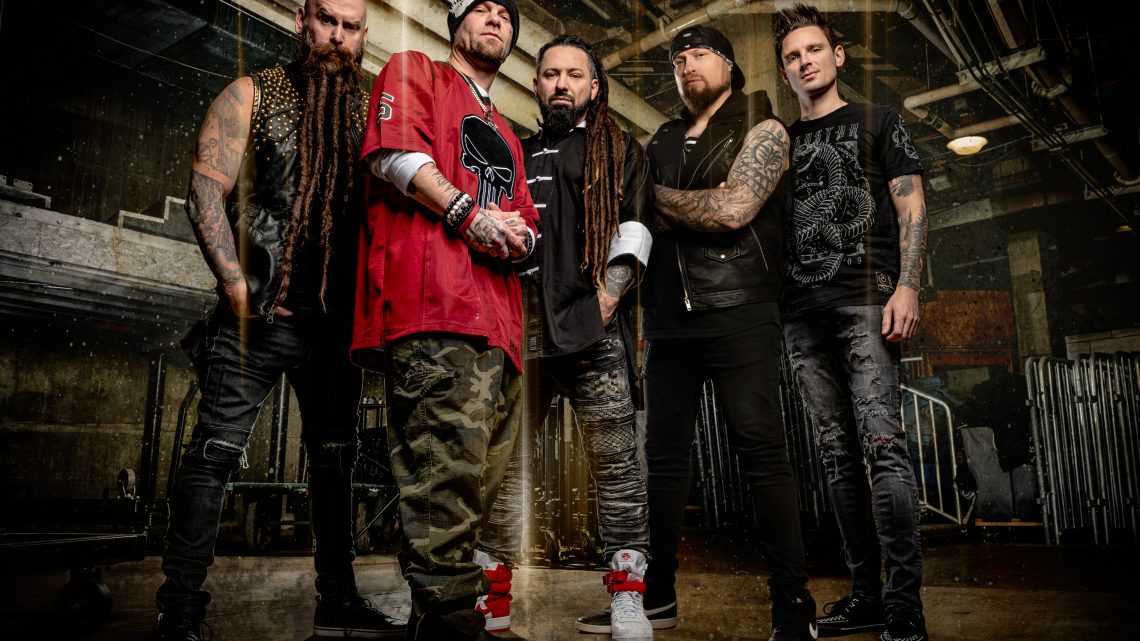 FIVE FINGER DEATH PUNCH are pleased to announce their first European tour since early 2020. Kicking off at Nova Rock Festival in Austria in June, the award-winning, multi-platinum selling band will perform throughout the continent bringing their incendiary shows to festivals and arenas in 19 cities in 16 countries. Today’s announcement sees a series of headline shows – shown in BOLD below – added to existing festival dates.

Five Finger Death Punch last sold out shows across Europe in February 2020 with special guests Megadeth and Bad Wolves. The band is fresh off their latest #1 single “Darkness Settles In.” In June, it notably marked the band’s 12th all-time #1 on the U.S. rock radio chart. The track, a fan favorite taken from their latest chart-topping and critically-praised studio album F8 (via Better Noise Music), was produced by the band, alongside music super-producer Kevin Churko (Ozzy Osbourne, Disturbed, Slash, etc.).

The single followed in the footsteps of the album’s three previously released smashes,“Inside Out,” “A Little Bit Off,” and “Living The Dream,” all of which reached the #1 spot on the same chart. The band also recently celebrated the Gold certification of “A Little Bit Off” in the U.S. and Sweden. F8 is now available for streaming, download and purchase on picture disc vinyl, red vinyl, heavy weight vinyl and CD HERE.

The band is currently in the studio working on new music for their forthcoming ninth studio album to be released in 2022. 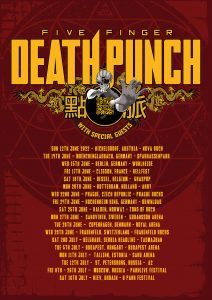 More dates to be announced. The band is also pleased to announce thrash legends Megadeth as special guests in Berlin, Moenchengladbach, and Rotterdam, who previously joined 5FDP as special guest on their headlining tour across Europe in early 2020. Further guests for other dates will be announced in the near future.

VIP Packages are available now and general onsale will take place at 10am local time on Friday, October 29, 2021. For tickets and more info please visit: www.fivefingerdeathpunch.com.