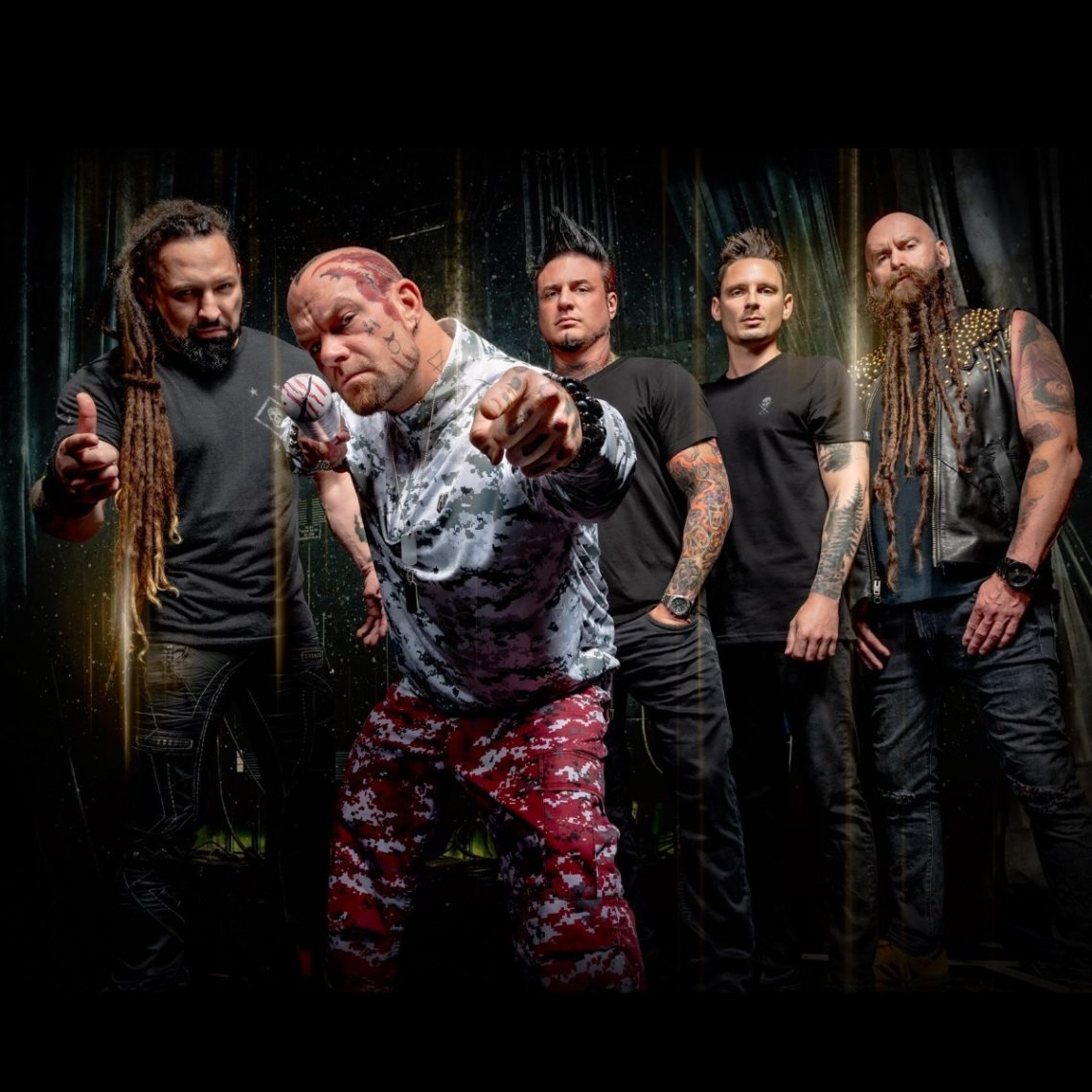 FIVE FINGER DEATH PUNCH have announced their biggest European arena headlining tour to date, which will take place in January and February of 2020 with a massive package: multi-platinum legends MEGADETH will join the lineup as the special guest. Support will come from BAD WOLVES, the global breakthrough rock sensation of 2018 who have been garnering three #1 hits over the last 18 months and are getting ready to release their sophomore album on October 25, 2019.

Says FIVE FINGER DEATH PUNCH guitarist Zoltan Bathory about the line-up of the tour: “The line-up is massive. Bad Wolves were THE break out band of recent years and are certainly bringing the heat. Megadeth needs no introduction, they are absolute legends. Dave Mustaine’s contribution to this genre is simply immeasurable. I consider him one of the founding fathers of not just Thrash but Heavy Metal in general, because his riffs and guitar playing have influenced everyone that was in Megadeth’s blast radius… and that’s a big radius.”

MEGADETH vocalist Dave Mustaine adds: “Hindsight is always 20-20, but looking back it’s still a bit fuzzy. Looking forward, you’ll be in trouble if you don’t come see us with Five Finger Death Punch in early 2020. You don’t wanna miss it. See you soon!”

The tour will visit 17 European countries starting on January 20at the Hartwell Arena in Helsinki, Finland and ending on February 20 at the Budapest Sportarenain Budapest, Hungary. VIP pre-sales for the tour are kicking off today. The general on-sale starts at 10am local timethis Friday, September 13. Fans can look forward to packed arenas at THE not-to-be-missed rock show of Winter 2020.For tickets and more info please visit: www.fivefingerdeathpunch.com.

Thrash metal pioneers MEGADETH burst onto the scene in 1983, virtually inventing the genre and have earned their spot as one of metal’s most influential and respected acts of all time. Over the course of their illustrious 36-year career, the band has sold more than 38 millionalbums worldwide, notched 6 consecutive platinum efforts, 7 top-ten albums, and has earned numerous accolades including 12 GRAMMY® nominationsand a 2017 GRAMMY® Awardin the “Best Metal Performance”category for the title track “Dystopia”.The band is currently working on a new studio album, as the follow up to 2016’s critically and commercially acclaimed 2016 album Dystopia.

BAD WOLVES have proven to be the unprecedented global breakthrough rock act of 2018 after their debut album, Disobey(May 2018), reached #22 on the Billboard Top 200, #2 on the Hard Rock Chart, #4 on Rock, and #8 on the Top Current Albums Chart. Their breakout single, “Zombie” went platinum in the U.S. and Sweden, double platinum in Canada, gold in Australia and IMPALA Diamond in Europe. The track has topped charts worldwide, including the U.S. iTunes overall and rock charts, Billboard’s Mainstream Rock Songs chart, Spotify’s Global Viral 50 chart, while also reigning atop the Active Rock radio chart for three straight weeks. The album also yielded the follow-up tracks “Hear Me Now” and “Remember When” which both reached #1 at Active Radio. BAD WOLVESaim to continue that momentum with their sophomore album N.A.T.I.O.N (out October 25, 2019 and available for pre-order now). Fans have already had the first taste of the new album, with the newly released melodic rock anthem “Killing Me Slowly” and heavier, riff-driven track, “I’ll Be There,” available now for streaming and download on all digital platforms.

FIVE FINGER DEATH PUNCH are a global arena headlining, 4x Platinum, 6x Gold record selling juggernaut of the modern rock and metal worlds. They have surpassed 3 billion streams and continue to shatter records across the board.
The band has had 24 top 10 hit singles in the last few years, but their upward trajectory doesn’t seem to waver – 2018 was yet another massive year for FIVE FINGER DEATH PUNCH who became the #1 most-played artist on U.S. Rock Radio in year-end radio reports. The group which Billboard described as “a revitalized band with a renewed focus,” released their seventh studio album, AND JUSTICE FOR NONE which debuted at #4 overall on the Top 200 Chart and was hailed by KERRANG! as “… an album that delivers, ticking the boxes of what a modern metal album should be.” AND JUSTICE FOR NONE has generated 225 million U.S. on-demand streams, over 360,000 U.S. digital song salesand became the #1 streaming Hard Rock/Heavy Metal Album of 2018. It marked the group’s fifth consecutive Top 5 album release. The album also reached the#1 position on four other charts including: Top Digital Albums, Top Rock Albums and Top Hard Music Albums. With their 2018 Summer and Fall tours combined, the band donated over $250,000to charities just in one year. Purchase or stream AND JUSTICE FOR NONE by clicking here.