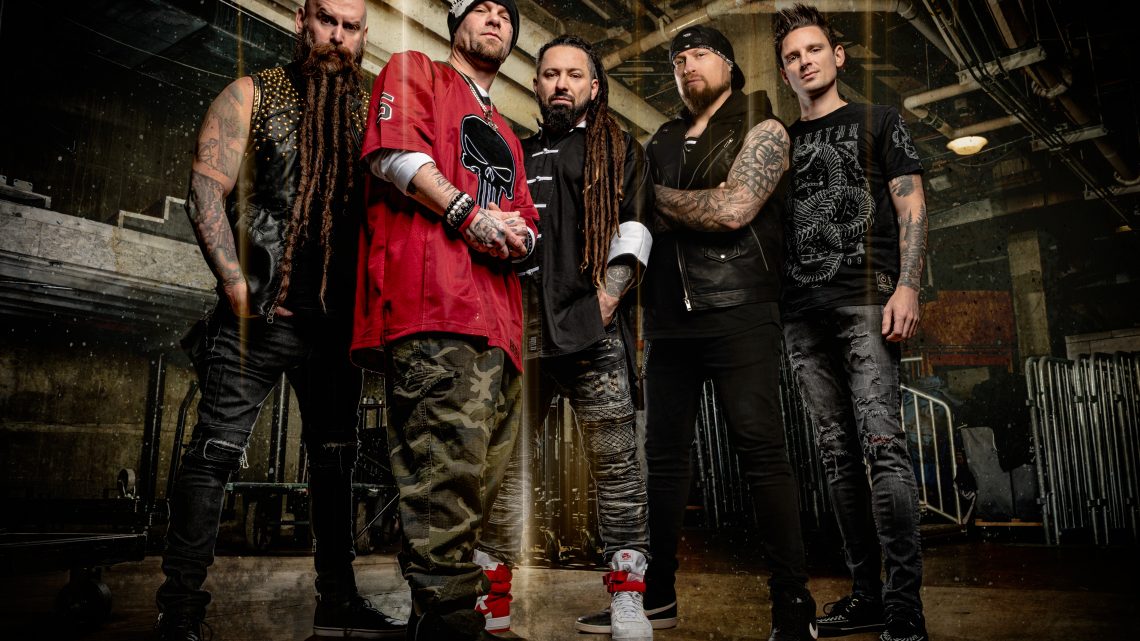 Five Finger Death Punch have just released a new lyric video for their song “Dot Your Eyes” which features on the band’s 2013 studio album The Wrong Side of Heaven and the Righteous Side of Hell, Volume 1. The album instantly charted as a global #1 Rock Album upon its release and has gone on to reach platinum certification in the U.S.

Since their debut in 2007, FIVE FINGER DEATH PUNCH has become one of the most recognizable names in music. The band has amassed over 7.5 billion streams, 24 Top 10 singles, eleven #1 singles (including “Living The Dream” which recently hit #1 on US Rock Radio) and has sold over 1 Million concert tickets in just the past two years alone. Every record since the release of their first album, The Way of the Fist, has been certified Gold or Platinum by the RIAA, and the band has earned numerous awards and honors.