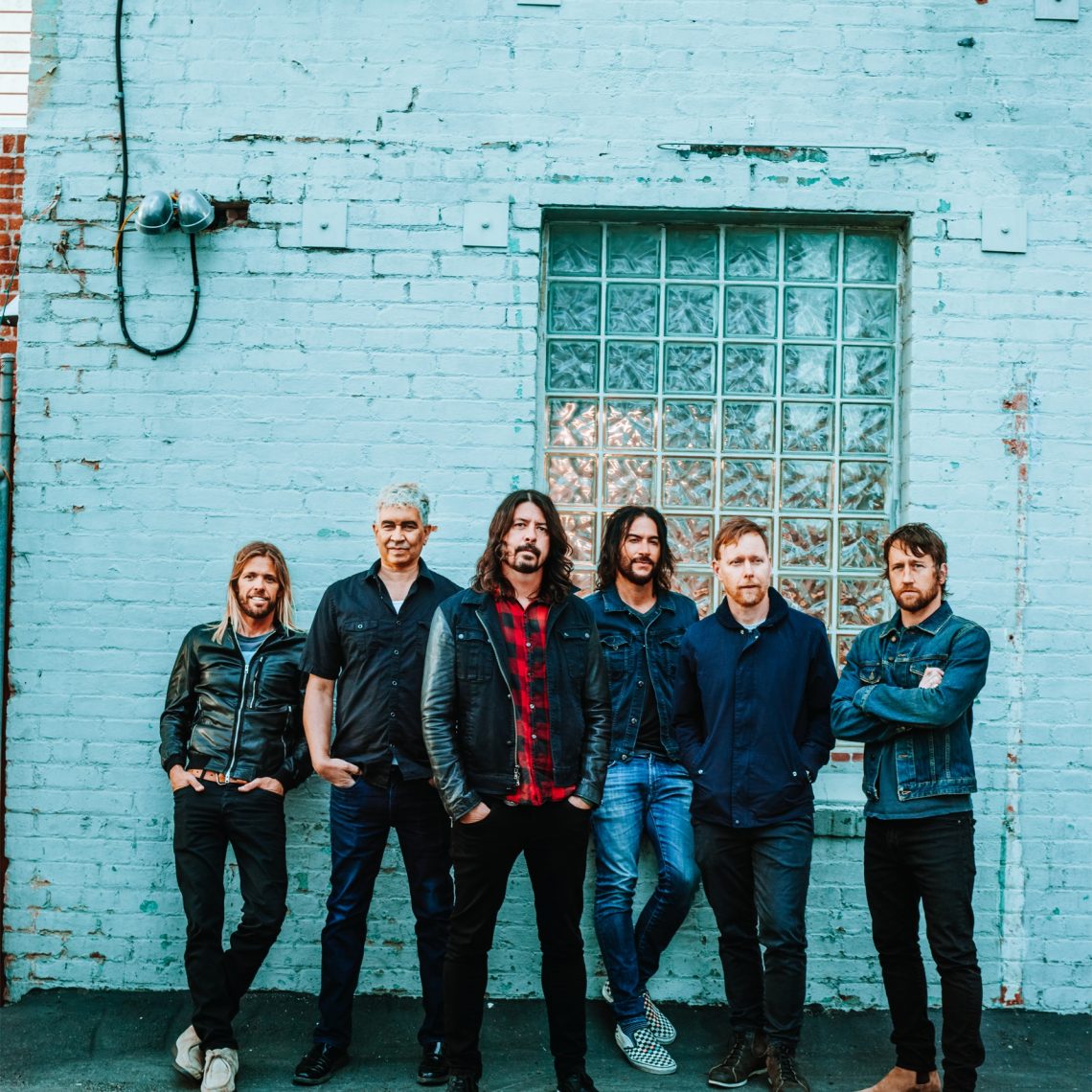 Foo Fighters ‘The Sky Is A Neighborhood’

Taken From New LP ‘Concrete And Gold’ Out Sept 15

Explore The Sky In Your Neighborhood With The Foo Fighters Constellation Viewer At Https://Sky.Foofighters.Com/

Foo Fighters have delivered a second consecutive contender for rock anthem of 2017 in the form of “The Sky Is A Neighborhood” after their sensational June single ‘Run’. Described by Grohl as “the biggest thing sonically that we’ve ever done,” “The Sky Is A Neighborhood”, which impacts September 8th, is also the piece de resistance that effectively completed Foo Fighters’ forthcoming ninth album,

“One night I was lying out looking up at stars,” Grohl recalls. “Just imagining all of these stars as places that have life on them as well, and I decided that the sky is a neighborhood, that we need to keep our shit together in order to survive in this universe full of life. But I had no music yet. I just had the title. So everyday I would walk around, kind of humming this thing in my head.”

The melody of the song came to Grohl without even touching a guitar, so it follows that “The Sky Is A Neighborhood” would come just as naturally to the band: the song was recorded in a single afternoon by Grohl and fellow Foo Fighters Taylor Hawkins, Nate Mendel, Chris Shiflett, Pat Smear and Rami Jaffee. “And once we were finished,” Grohl says. “I thought ‘OK now we have an album. This is it and we’re done’…  as we were mixing, I realized that we’d actually done what we set out do: to make this gigantic Foo Fighters record but with Greg Kurstin’s sense of jazz and melody and arrangement, something that we’d never done before.”

Of course “The Sky Is A Neighborhood” deserved an equally ambitious visual representation, and together with director of photography Brandon Trost and with production by Therapy Studios, director Grohl, Foo Fighters—and family—have more than delivered: “The Sky Is A Neighborhood” is a kaleidoscopic sci-fi mini-epic as massive as the slow burning rock anthem that gave it life. Hypnotic swirls of colour of extraterrestrial origin, glowing eyes, levitating children and more combine to create an otherworldly cinematic palette equal parts beautiful and creepy—the result being arguably the most striking video in the Foo Fighters’ multiple award-winning canon.

Simultaneously, Foo Fighters are launching a constellation viewer, enabling every FF fan to transform to their phone into a tool for exploring the sky in their neighborhood: click here on your phone to configure a realistic constellation map in the viewer’s 3D sphere, then let it identify the constellations in your night sky—all while tiny Foo Fighters soundtrack your explorations at the bottom of the screen.

“The Sky Is A Neighborhood” is the second song to be unveiled from Concrete and Gold, following the June 1 surprise release of the “Run.” With more than 2 million YouTube views in its first 24 hours, “Run” smashed into the top 5 of the iTunes video chart and the top of the 15 iTunes singles chart—quickly amassing the highest first-day numbers of any single in the Foo Fighters’ career.

Both songs were performed during Foo Fighters’ epic 3.5 hour 32-song marathon Lollapalooza aftershow August 4 at Chicago’s Metro club, and are sure to be live staples of the coming Foo Fighters tour. The 26 date US tour kicks off October 7 with the band’s Cal Jam 17 festival at Glen Helen Regional Park in San Bernardino, CA: a non-stop 100% live 12-hour rock n roll extravaganza featuring Queens Of The Stone Age, Cage The Elephant, Liam Gallagher, The Kills, Royal Blood, and many more. For further information, go to http://caljamfest.com.

Concrete and Gold was written and performed by Foo Fighters, produced by Greg Kurstin and Foo Fighters, and mixed by Darrell Thorp. The album is available for pre-order here and will be released September 15 worldwide on Columbia Records.