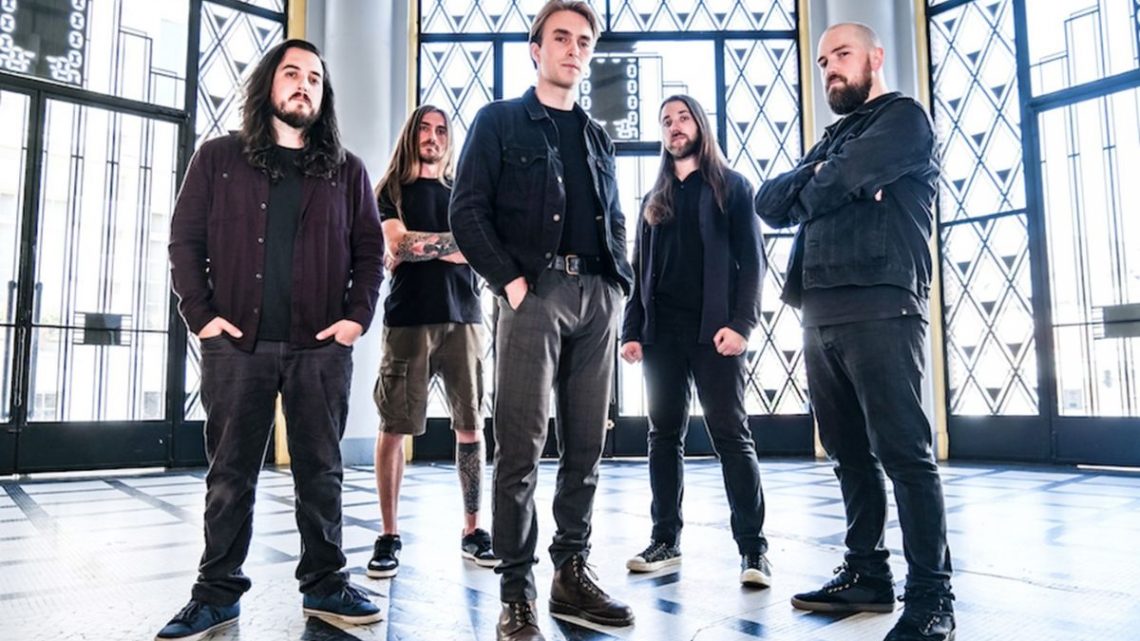 French metallers STENGAH announce their debut album SOMA SEMA, which will be released on 18 March 2022 via Mascot Records / Mascot Label Group. To celebrate this, they have also revealed the video for the new song “He and the Sea.”

“He and the Sea” is based on a French children’s book called ‘La Mer et Lui’ by Henri Meunier & Régis Lejonc. It is about grieving an achieved journey and the beginning of a new one. It’s a song about the challenge of finding new purposes in life, going through strong feelings, and curating our precious memories. The key to an endless existence. Interlinked with the band’s previous two videos, we find ourselves in the man’s head from “At the Behest of Origins,” exploring this incarnation of his mind filled with a confrontation of love, anger, fear, curiosity and balance.

With the world in chaos, exhilarating new music has become more important than ever. As a result, the emergence of metal mavericks STENGAH could hardly be better timed. The quintet has spent the last few years in a state of perpetual evolution, armed with some of the most visceral and forward-thinking riffs and refrains in recent memory. Now, the band are ready to introduce themselves to the world.

Founded by drummer Eliott Williame, STENGAH has the sound, the smarts and the ambition to push heavy music ever further into the future. After years of steady evolution and meticulous attention to detail, the band – completed by bassist Benoit Creteur, lead guitarist Maxime Delassus, rhythm guitarist Alex Orta and powerhouse frontman Nicolas Queste – have honed their sound to a state of cutting-edge perfection. With shades of everything from crunchy post-djent muscularity to scorched-earth post-metal dramatics, these young virtuosos are carving their own unique path to metal glory. Both thrillingly primal and ferociously intelligent, this music aspires to enlighten and brutalise in equal measure.

From the crushing riff-collage of opener “Weavering” and the lurching, thuggish groove- metal warzone of “Swoon” to the warped, machine-gun sludge of “Blank Masses Inheritance”, SOMA SEMA crackles with the unmistakable electricity of a band hitting their stride at full pelt. Guaranteed to incite wild, flailing moshpits while simultaneously scratching that progressive itch for more reserved listeners, it’s an album that fights to connect, with riffs that speak of unstoppable momentum and insidious hooks that will penetrate your heart and your head.

Above Inhumanity,” is a gloomy reverie; a tired mind abandoned to madness, vision and wisdom reduced to the merest fears, struggling with the darkest version of yourself. The video tells the story of a young woman haunted by the childish depiction of a ghost – herself in a parallel dimension. “It’s a dreamlike narrative that makes spiritual and physical realms collapse,” Williame says.

“At the Behest of Origins” follows a confrontation between loneliness and fellowship through an imaginary conversation. Expanding about the song, he says, “It’s about the burden of toxic baggage we carry from the past, and the need to let it go, getting rid of some elapsed existence and escaping from the undertow of life.”

The video is another beautiful cinematic experience from the band, which follows a man who wakes washed up at the sea edge. The viewer proceeds to observe a tender ‘conversation’ with his inner-self as they share enigmatic dialogue in a language that is only available as a related poem posted on the band’s website.

“The music is about (re)connecting with yourself,” says Eliott. “It’s about people, their fears, their faiths and their philosophies. How sometimes those things can guide them, and how sometimes they can blind them. It asks, with no judgment, about how odd and strange human beings’ social and emotional behaviours are. It’s all about the power to believe, in creativity, and in consciousness.”

Stengah’s debut album has a gleaming, state-of-the-art vibe, but this is also music performed by a living, breathing, kicking and screaming metal band. With shared chemistry that makes every polyrhythmic detour and atmospheric side-step lethal, compelling and irresistible, the Frenchmen’s burgeoning status as a killer live band mean that these songs absolutely demand to be played live and loud. 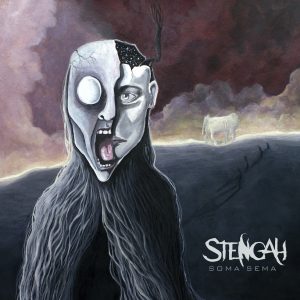