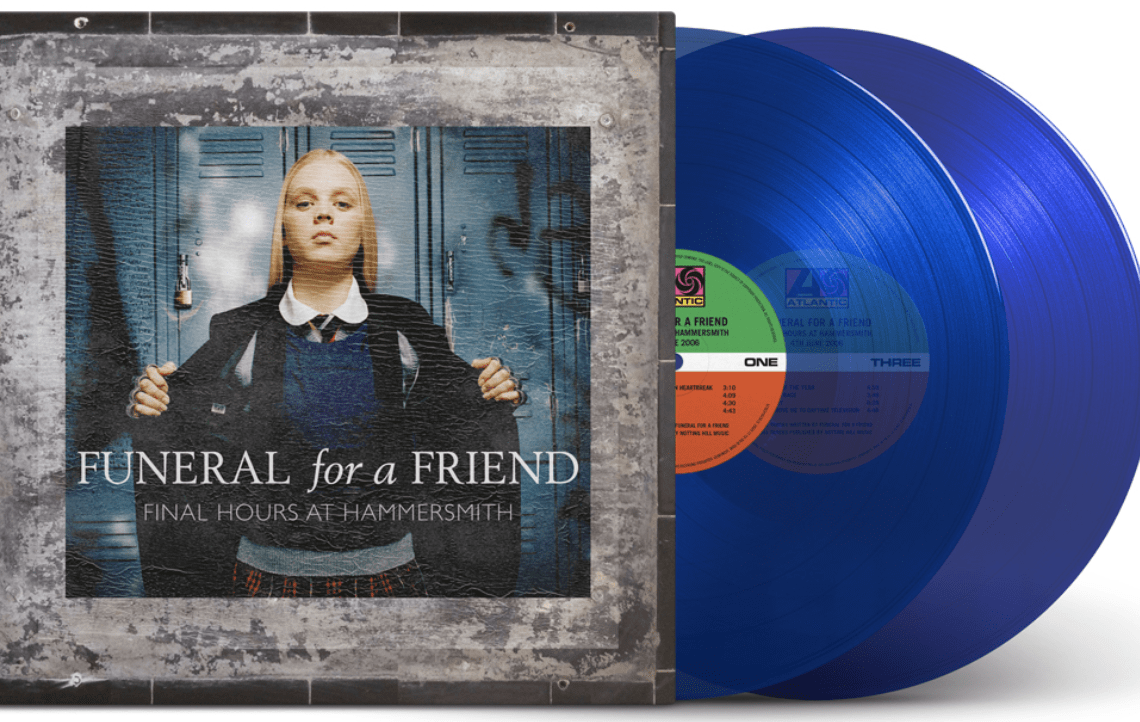 Funeral For A Friend – ‘Final Hours At Hammersmith’

‘Final Hours At Hammersmith’ has become an iconic live album for Funeral For A Friend. Originally released as a limited edition run of 1,000 CD copies only available to those at the show, the recording is taken from the bands final UK gig of the ‘Hours’ tour on 4 June 2006 at Hammersmith Palais.

For the first time, it will be released on vinyl as a double set with a limited run of 1,000 being made available in transparent blue exclusively through Rhino.co.uk and independent retailers.

With a set-list that was the culmination of five years of hard graft on the road in which they relentlessly toured the world, ‘Final Hours At Hammersmith’ features all of the bands top 20 UK singles ‘Juneau’, ‘She Drove Me to Daytime Television’, ‘Escape Artists Never Die’ and ‘Streetcar’.

This release was the third album released in their Atlantic Records era, and for the first time will be released as a limited edition vinyl. ‘Casually Dressed & Deep in Conversation’ and ‘Hours’ will get the same treatment at a later date with black versions of all the albums also being made available.

Funeral For A Friend were a post-hardcore band originally formed in Wales in 2001 around the line-up of Kris Coombs-Roberts: Guitar & Backing Vocals, Gareth Davies: Bass Guitar & Backing Vocals, Matt Davies: Vocals, Ryan Richards: Drums, Percussion & Vocals snd Darran Smith: Guitar. They released their debut, ‘Casually Dressed & Deep in Conversation’, in 2003. Receiving the “Best British Newcomer” at that year’s Kerrang! Awards, the album was certified gold by the end of the following year. The second album, ‘Hours’, was released in 2005, featuring the single ‘Streetcar’, their fourth consecutive Top 20 UK hit and they went on to win the 2005  Kerrang! Award for “Best British Band”. 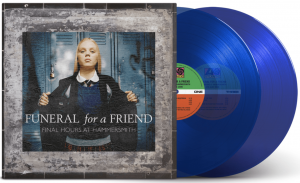 Funeral For A Friend – Final Hours At Hammersmith

This Years Most Open Heartbreak

Roses For The Dead

Red Is The New Black

Rookie Of The Year

She Drove Me To Daytime Television

The Art Of American Football