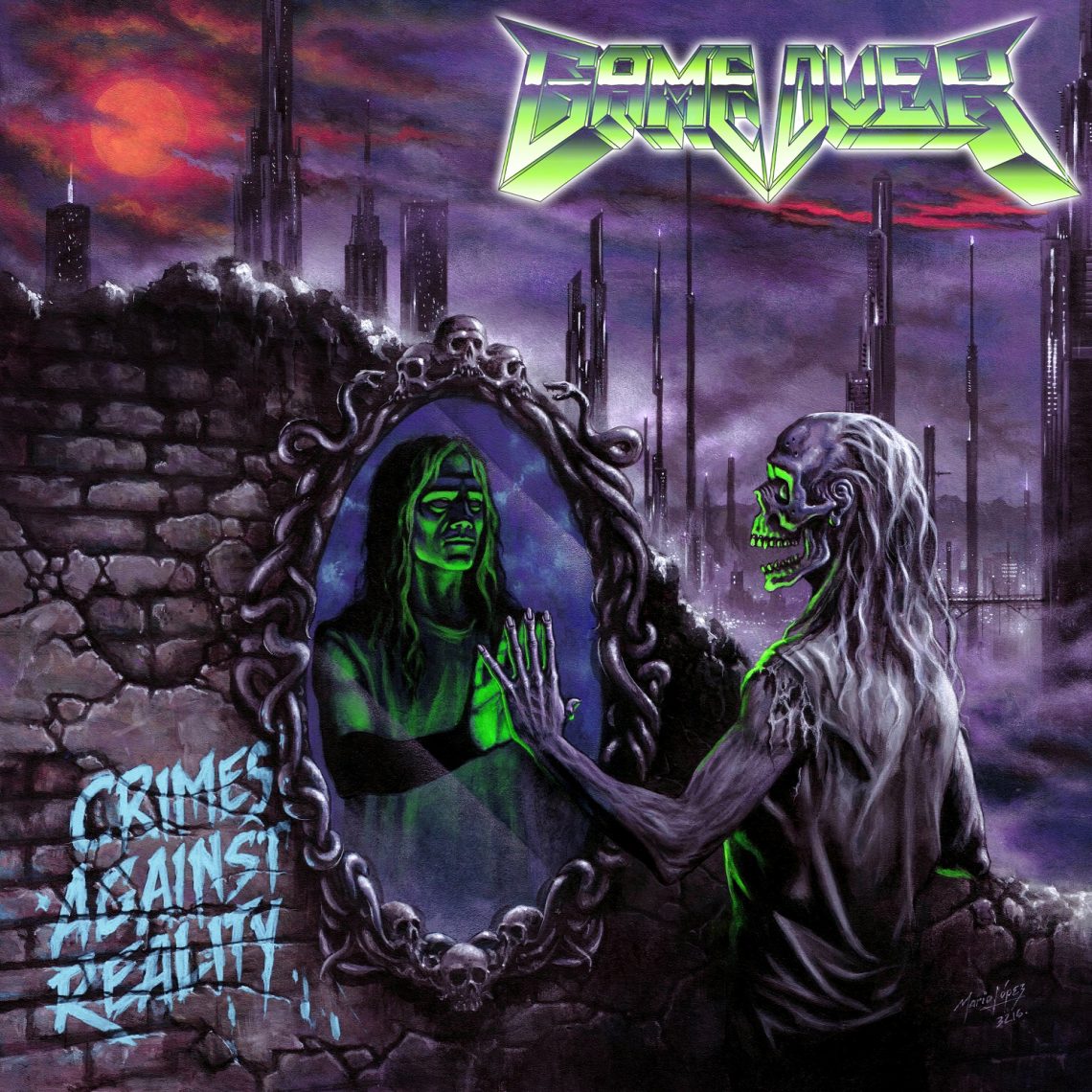 April 1st. A day traditionally reserved for false pregnancy scares, fake proposals, and general douchebaggery, but this year there was something more. April 1st this year saw the release of Italian thrash kingpins Game Over’s third effort, Crimes Against Reality. I’ll be honest, on the first listen I wasn’t overly struck with this album. But from the second and third listen, and onwards, it really struck a chord… Pardon the pun.

The intro track, What Lies Within…, is a brilliant opening, leading perfectly onto the thrash-tastic 33 Park Street. The Hetfield-esque snarl, Bay Area riffwork, shredding solos and thrashy darkness found in 33 Park Street is not a one off – these can be found performed at the highest quality over much of the album. 33…, Neon Maniacs, Astral Matter, Just A Little Victory, Gates of Ishtar (which is absolutely an album highlight!), Crimes Against Reality and Fix Your Brain are all absolute masterclasses in modern thrash metal that will impress even the staunchest of old-school purists.

However, what impresses me most about Game Over is their diversity. For while this album is obviously a thrash record, and there can be no bones made about that, these young Italians don’t just lay down Megadeth and Exodus rip-offs and be done with it. Neon Maniacs has a classic speed metal feel to it, mixing with the thrash perfectly. Astral Matter makes excellent use of synths to create a spacey atmosphere that feels completely alien to almost any thrash band outside of maybe Vektor.

But the height of their diversity comes in With All That Is Left, a powerful, heartfelt power-ballad that feels like Italy’s answer to Fade To Black. Harsh, and heavy, but still steeped in emotion and melody, the soft guitar work is complimented perfectly by the sneering vocals of frontman Reno. Gates of Ishtar would be my track of the album, however, with a heavy Middle Eastern sound to it which compliments the subject matter perfectly. It is both the heaviest and catchiest track on the release for me, which is no mean feat on such a brilliant album.

The only real complaint I can make with Crimes Against Reality is the largely unnecessary Fugue In D Minor. While I can appreciate the crossover sound they were going over, it just feels forced. This is the only major thing that takes from an otherwise excellent release, however.

Crimes Against Reality is a ten track, 42 minute blast of speedy thrash metal and thrashy speed metal guaranteed to get your neck snapping. Diverse enough to keep people interested with all the twists and turns, yet loyal enough to the old-school that even the most elitist thrash fans should still find plenty to enjoy here. 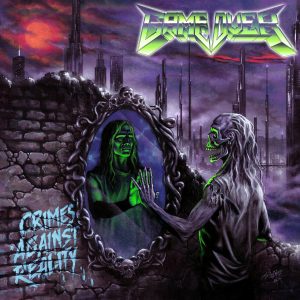