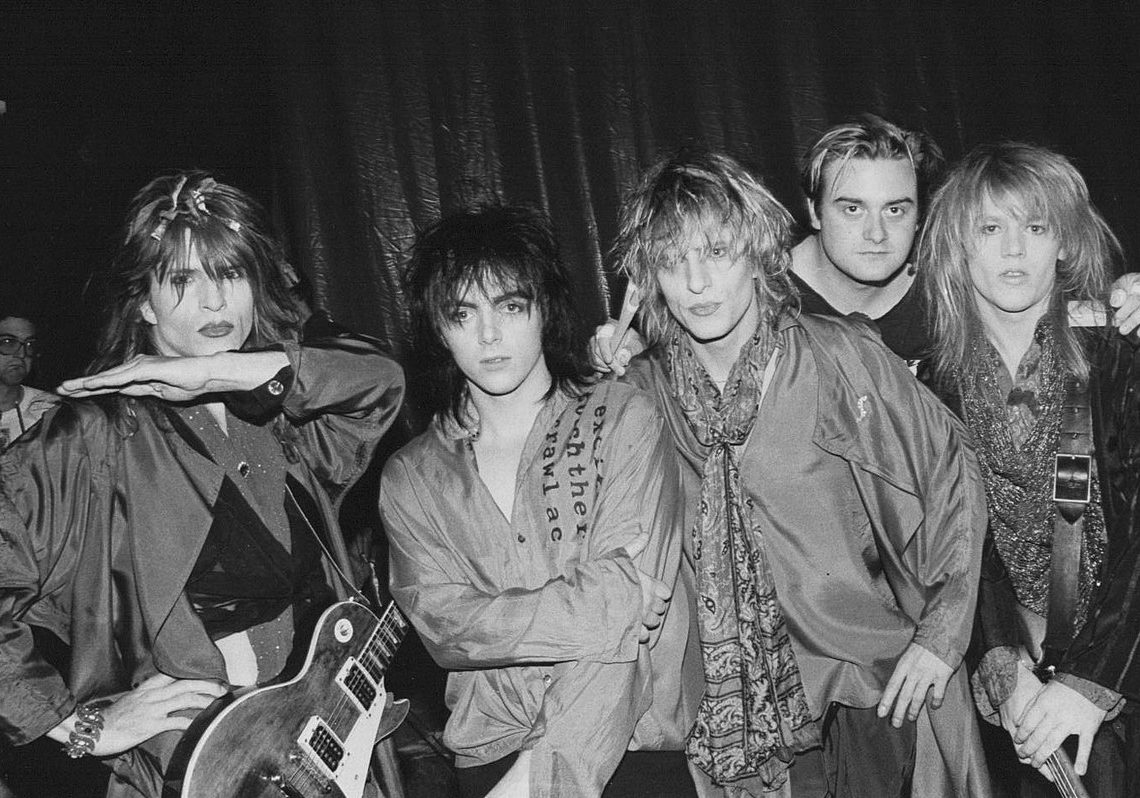 8th July 2020 0 By John Deaux
May 2021 will see GENE LOVES JEZEBEL embark on their 40th Anniversary UK Tour! Even bigger than the last tour, when the band released Dance Underwater, their first studio album of new material in 15 years via Plastichead.

Fans can expect to hear all the classic GLJ songs plus a few from the critically acclaimed new album too! Last tour they wowed audiences both sides of the continent and live, they are seriously on fire, so make a date with destiny and be part of their 40th Anniversary celebrations! 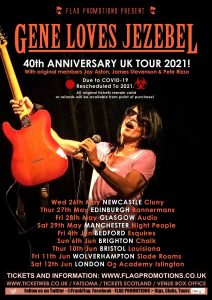 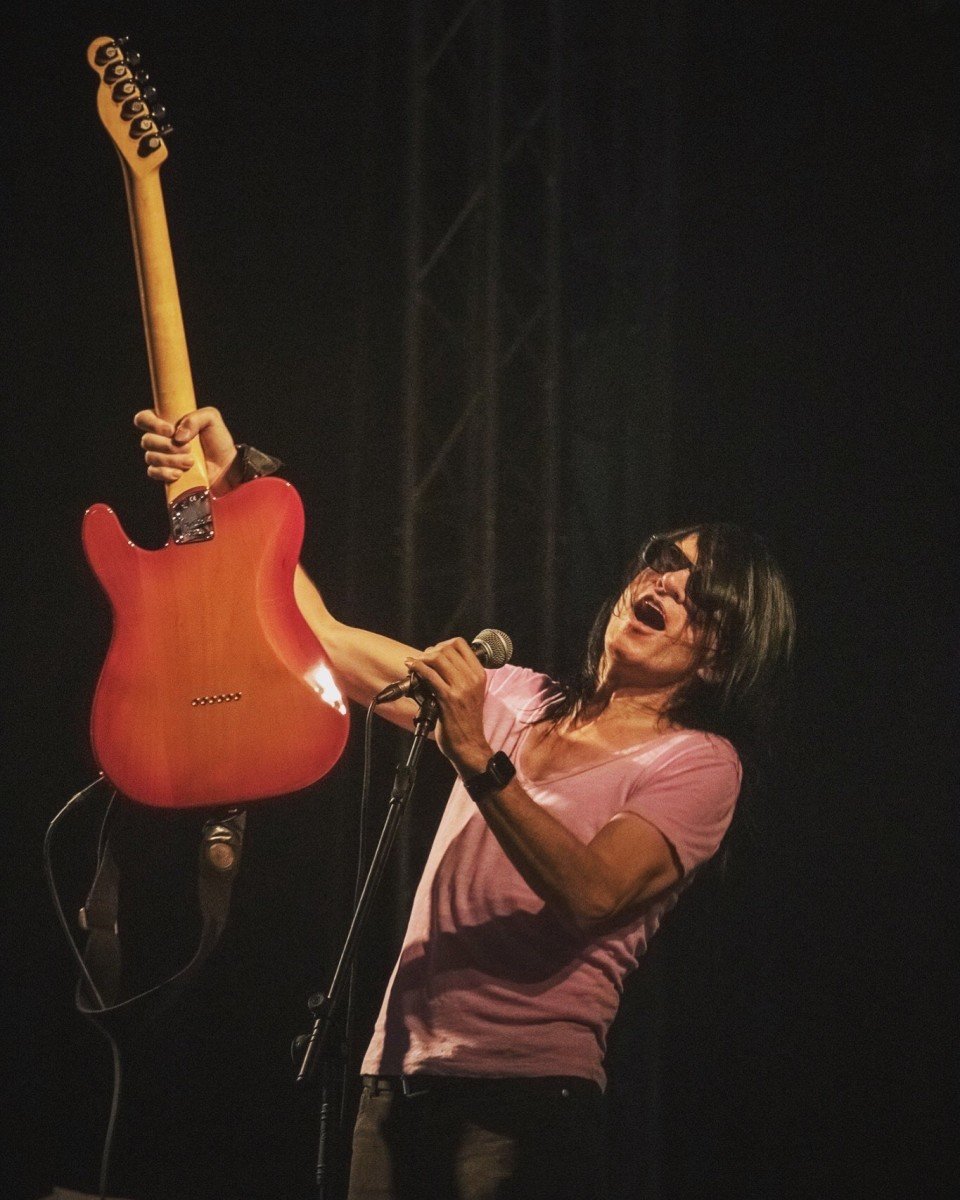 For a band to stay relevant across decades is unusual – but to do so with much of the same line-up for most of that time is exceptional. Such is the case with Gene Loves Jezebel, which indicates that these musicians come together not only out of an appreciation for the memorable music they create, but also because they truly like and respect each other. Jay Aston (vocals), James Stevenson (guitars), Pete Rizzo (bass) and Chris Bell (drums) – with Peter Walsh producing – have created extraordinary GLJ songs for 30 years now. With their new album, they honour that legacy by expanding it.

GLJ members have always been far more interested in moving forward artistically, rather than dwelling on past achievements, but this reunion seems an appropriate occasion to acknowledge how each has made an integral imprint on the signature GLJ sound. Without any of them, GLJ might not have evolved into a such special entity with passionate fans worldwide.

Jay Aston founded GLJ in London in 1981 and quickly gained a fervent following. Promise, the band’s trailblazing debut, appeared in 1983. Though he shared vocals with his brother Michael, Jay was the primary songwriter. Jay’s songs, spotlighting his uninhibited and highly distinctive singing style, made GLJ instantly memorable and identifiable. Immigrant followed in 1985, marking Pete Rizzo’s first recordings with the band; his inventive and complex bass lines instantly became an essential part of the GLJ sound. The band matured even further on Discover (1986), when James Stevenson joined and demonstrated his talent for delivering guitar work that is both melodic and powerful. (Discover was also the first GLJ album that Peter Walsh was involved in, starting a symbiotic relationship that continues with their new album.) Then, on The House of Dolls (1987), Chris Bell joined the band full-time, his drumming providing a flawless foundation. Michael was largely absent from recording that album, resulting in the four-piece incarnation of Jay, Pete, James and Chris that is still going strong to this day.

It is noteworthy that while GLJ grew increasingly successful with each release, The House of Dolls led to a big jump in their U.K. and U.S. popular chart success, as well as substantial MTV exposure, a trend that continued when this same line-up released Kiss of Life (1990) and the single “Jealous” reached the top spot on the U.S. alternative rock chart. The band had clearly hit its stride, and the artistic achievements continued unabated with the following studio albums: Heavenly Bodies in 1992 (which the band itself considers its finest studio recording – until this new album, that is!), VII in 1999, and The Thornfield Sessions in 2003.

There is a particular ineffable magic in these musicians reuniting as GLJ. Their experience and knowledge add a layer of depth to the music they create together. They refuse to relegate their band to some nostalgia/novelty circuit; you will never find them merely creating a House of Dolls 2.0. Instead, their new release is intense and energetic, reflecting the euphoria found in rekindling a fulfilling long-time dynamic partnership.

Jay Aston’s Gene Loves Jezebel had embarked on its next decade of musical excellence. The new album is truly a gift to all their fans who in turn gave a great gift to the band by making its production possible!