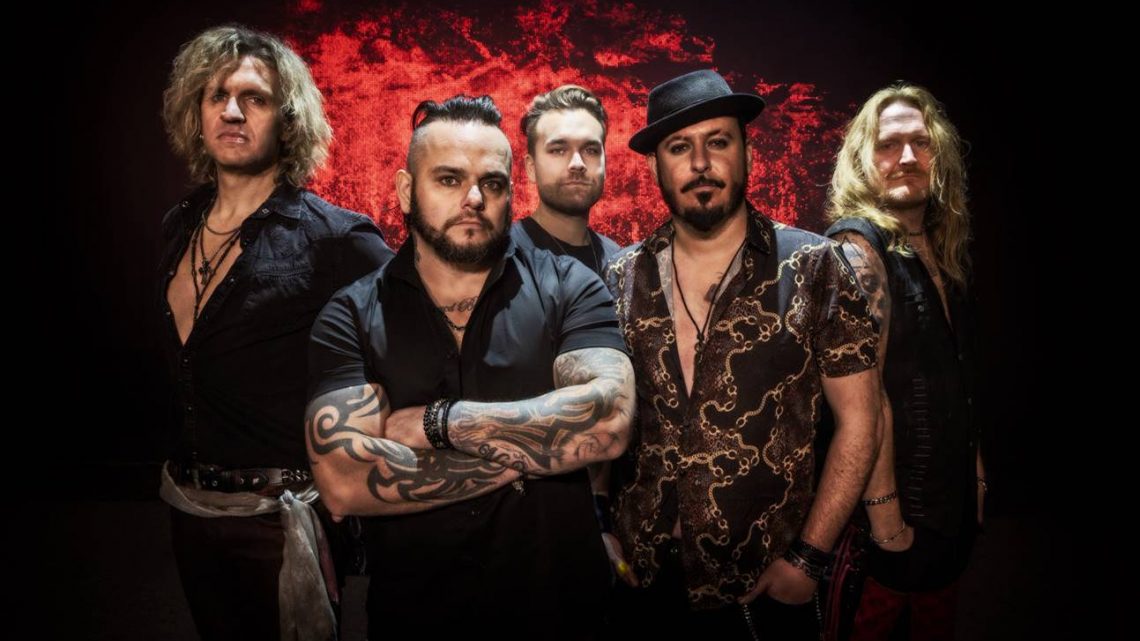 Gin Annie Release their Storming Single ‘Devil in Me’ and Premiere Video!

Hitting the 2021 ground not just running, but with the force of an oncoming hurricane comes Gin Annie, releasing their brand new  single and accompanying video. Formed in the Black Country and hailing from the Midlands of England, Gin Annie are a five-piece powerhouse hard rock band imbued with what’s technically known as one Hell of a lot of oomph. Definitely a band and single one to check out, pronto!

Formed by cousins Foster and Garbett, Gin Annie quickly established themselves on the local club circuit as a high-energy act. They started recording their debut album ‘100% Proof’ in the Spring of 2018 at SLL Studios, then released it on Off Yer Rocka Recordings in January 2019. On release, ‘100% Proof’ entered the Top 10 of both the i-Tunes and Amazon Rock Charts.

Despite their busy schedule, Gin Annie released two more singles in 2019, both of which gained airplay on Planet Rock Radio. The 2nd Single ‘Dying to Live Again’ earned the band their BBC Radio 2 debut on the Johnnie Walker Rock Show. Both singles also peaked at Number Two in the Amazon Rock Charts, with ‘Dying to Live Again’ remaining in the Top 50 for over a month.

‘Devil in Me’ is a one-off single release from the band. It boasts a big sound, the immediate impact of a meteorite strike, and a video full of light, colour and energy, capturing the essence and experience of the band’s live performances.

Gin Annie are releasing this one-off single off the back of their very successful show ‘Locked DOWN & Loaded’: a livestream from one of their favourite venues — KK’s Steel Mill in Wolverhampton —where the band performed their entire debut album, ‘100% Proof’ on 29th December, 2020.

‘Devil in Me’s explores that powerful point where flirtation becomes seduction: when a connection is made, built on raw desire alone. A ‘look’ and a ‘smile’ can tell so much and that initial spark of connection kindles quickly from flirting then flares to full flame. Tension builds. Ardour and fervour. You know exactly where the night is heading…

It’s a moment full of adrenaline, serotonin and dopamine: a kick people can get addicted to — or at the very least, most can remember a time when eyes have locked across the room and that instant magnetic attraction has taken hold.

“We wanted the music to reflect this,” the band explain, “That’s why this track is something you can actually dance to as opposed to a regular rock track where fist pumps, headbanging and jumping around are the only forms of dance needed. We wanted the music to take you to the very ‘club’ or ‘dance floor’ where this seduction is taking place. We want you to join that dance.”

Making the video for ‘The Devil in Me’, Gin Annie didn’t just push the boat out, they rocket-launched an ironclad battleship into the mid-Atlantic, with high-octane, kickass visual spectacle.

“We needed something visually vibrant and stimulating, so we used a huge video screen background and as many lights as we could get our hands on,” say the band, “We didn’t want the video to tell a story: we wanted it to reinforce the song’s vibe and feel.” And it does that in spades.

“We also wanted the video to reflect our live performance,” they go on, “We are an energetic band and we understand the importance of letting people get a taste for our stage show, who haven’t yet had the opportunity to see us live. Plus, it was an excuse for us to get on stage and have some serious fun during lockdown!”

Full of what MY GLOBAL MIND Online Magazine called the “Swagger and attitude of a band fresh off the Sunset Strip in the late 80s, with a modern edge that is bound to appeal to rockers of all ages…” Gin Annie are one to watch

You can stream/download single on all digital Platforms https://backl.ink/144054401

SUZI QUATRO releases new album “The Devil In Me” in March!