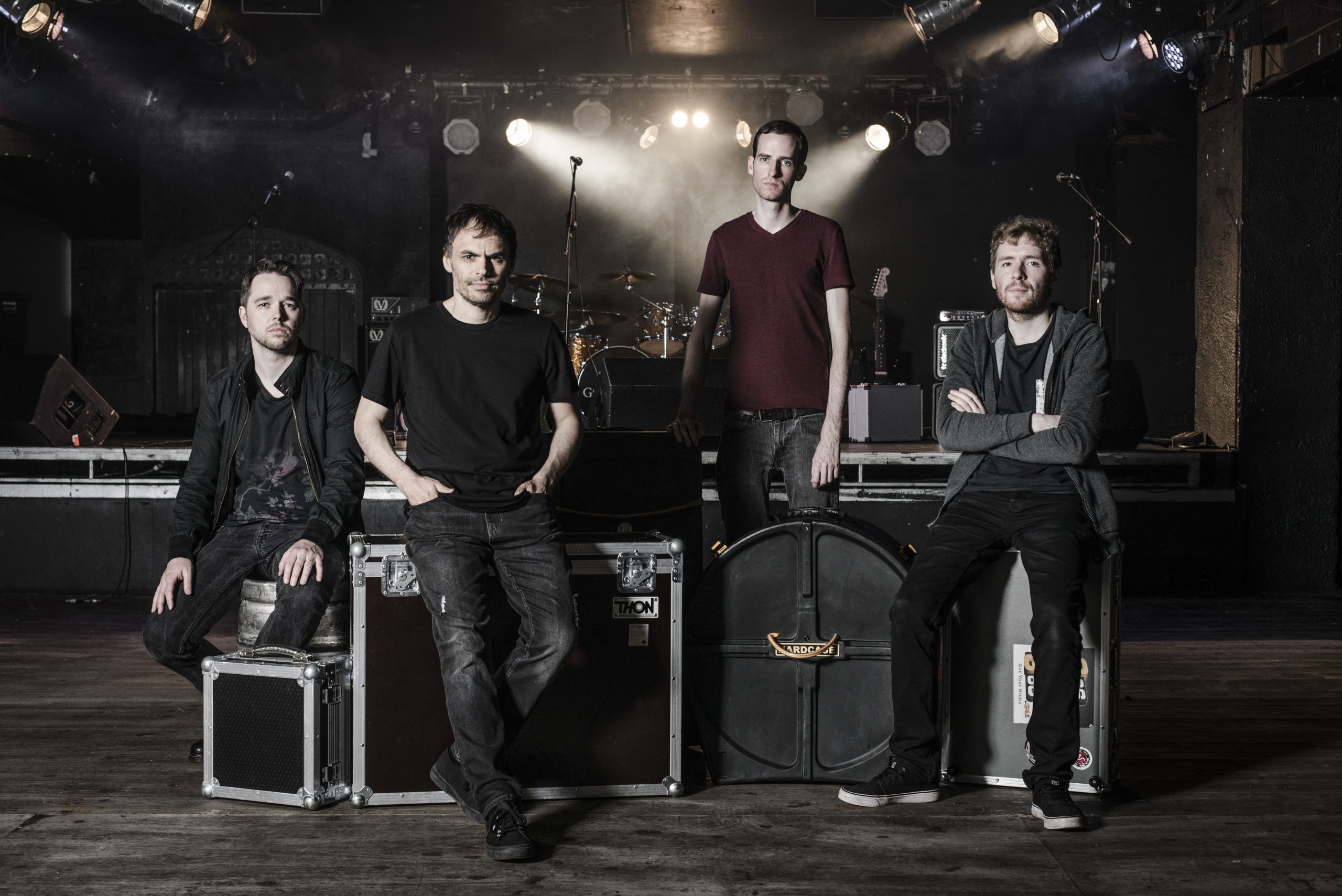 Following the release of Welsh rockers Godsticks’ new studio album –  Faced With Rage the band have released a video for the song “Angry Concern”.

The clip was filmed during the recording sessions for Faced With Rage at the world-renowned Monnow Valley Studio in Wales. Darran Charles, Godsticks vocalist, guitarist and main writer talks in depth about the track and their time at Monnow: “‘Angry Concern’ is probably one of our most experimental sounding tracks to date and testament to how integral each band member’s contribution is these days. Dan and Tom’s bass and drums are key to keeping an aggressive edge to what is a deceptively vocal-heavy track. I remember that this was one of the first tracks we recorded drums for at Monnow Valley and unusually for us, we ended up tracking drums for the entire song rather than section by section. This ensured a certain dynamism to the performance and I remember that after Tom’s very first take of this track we were all stunned into silence, including James our producer – it blew us away! One of my very favourite drum performances since the band first got together.”

Godsticks, having recently toured with The Pineapple Thief and appeared at Planet Rockstock festival, have also confirmed they will playing two headline shows in the UK in May – their hometown of Cardiff and in London.

A rather excited Darran Charles comments on taking that step to headlining: “After spending the best part of a decade as an opening act you can imagine we have been chomping at the bit to finally do our own headline shows. We’ve more than paid our dues I think, and with 4 albums behind us it’s time to stand on our own 8 feet! We’ll be performing tracks that we’ve never played live before and rehearsing harder than ever to ensure these are the best two Godsticks shows you’ve seen to date. We genuinely cannot wait!!”