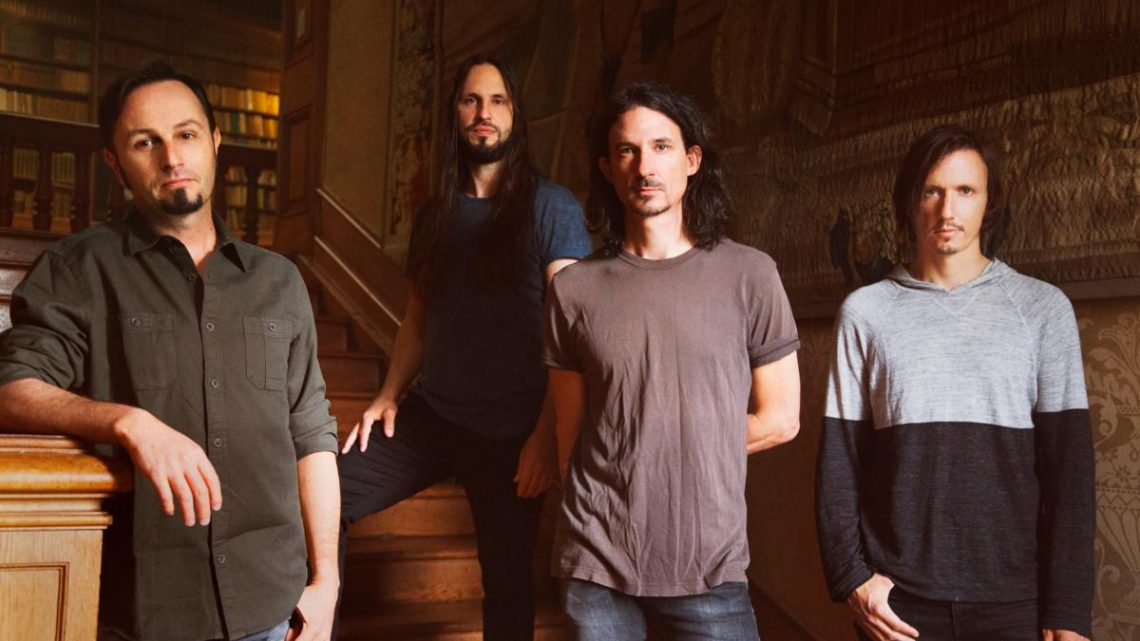 29th October 2021 0 By John Deaux
2x Grammy® nominated band Gojira have shared an official music video for “Sphinx,” a standout track from their acclaimed new album FORTITUDE. Directed and animated by Zev Deans, the music video sees Gojira delivering a pulverising performance at the feet of the infamous Egyptian colossus.
Gojira are currently out on a U.S. headline tour featuring special guests Knocked Loose and Alien Weaponry. Furthermore, Gojira are set for a 2022 U.S. run supporting Deftones in April, with their extensive, eagerly-awaited return to Europe beforehand from January – March 2022. The European dates, which are split into two legs, feature special guests Alien Weaponry and Employed To Serve. The first leg kicks off Jan 17th in Finland and closes in France on Feb 9th, with the second leg picking up in The Netherlands on Feb 20th and wrapping in the UK on Mar 14th.
UK & Irish dates are as follows:
Fri 4th Mar – UK – London, Alexandra Palace
Sat 5th Mar – UK – Nottingham, Motorpoint Arena
Sun 6th Mar – UK – Newcastle, City Hall
Tue 8th Mar – UK – Glasgow, O2 Academy
Thu 10th Mar – UK – Belfast, Ulster Hall
Fri 11th Mar – IRELAND – Dublin, National Stadium
Sun 13th Mar – UK – Manchester, O2 Victoria Warehouse
Mon 14th Mar – UK – Cardiff, Motorpoint Arena
For tickets and for more information on Gojira’s live schedule visit www.gojira-music.com.
Earlier this year Gojira made a stunning global chart impact with their celebrated new album FORTITUDE.  The French band’s new studio album entered Billboard’s ‘Top Albums’ chart at #1, while also claiming the #1 spot on Billboard’s ‘Top Current Albums,’ ‘Current Rock Albums,’ and ‘Current Hard Music Albums’ tallies. The release also marked a career high debut on the ‘Billboard 200’ for Gojira, arriving at #12, with several career high chart positions and Top 10 debuts in countries around the globe including: France (#2), United Kingdom (#6), Australia (#3), Germany (#8), Belgium (#2), Netherlands (#4), Denmark (#3), Portugal (#4), Finland (#2), and Norway (#10).
FORTITUDE is highlighted by the singles “Another World,” “Born For One Thing,” “Into The Storm,” “The Chant,” and “Amazonia” which launched alongside ‘Operation Amazonia,’ a philanthropic effort aimed at ending genocide and ecocide in the Amazon. Working with the social good-focused digital platform Propeller, Gojira launched a charitable campaign raising over $300K through an auction and raffle of one-of-a-kind items from the band and their friends in Metallica, Tool, Slipknot, Slayer, Slash and more. All proceeds are to be donated to the indigenous owned NGO The Articulation of Indigenous Peoples of Brazil (APIB) who advocate for environmental and cultural rights of indigenous tribes in the Amazon. Recently Gojira’s Joe Duplantier journeyed to the Amazon to protest harmful legislation and visit the site of a recently constructed ‘healing house,’ funded by the operation, which will ensure the birthright and health of the indigenous Guarani-Kaiowa community.
Recorded and Produced by Joe Duplantier at Silver Cord Studio – Gojira’s Ridgewood, Queens, NY headquarters – and mixed by Andy Wallace (Nirvana, Rage Against The Machine), FORTITUDE is Gojira’s first album in five years and the follow-up to 2016’s Grammy® nominated LP MAGMA. A collection of songs urging humanity to imagine a new world—and then make it happen, FORTITUDE has been earning widespread critical praise with THE GUARDIAN, REVOLVER, METAL HAMMER, KERRANG!, and ROLLING STONE all naming it one of their “Best Albums of 2021 So Far” as well as further plaudits from CLASH, UPSET, PROG, ROCK SOUND, NME, CLASSIC ROCK, and TOTAL GUITAR, just in the UK.