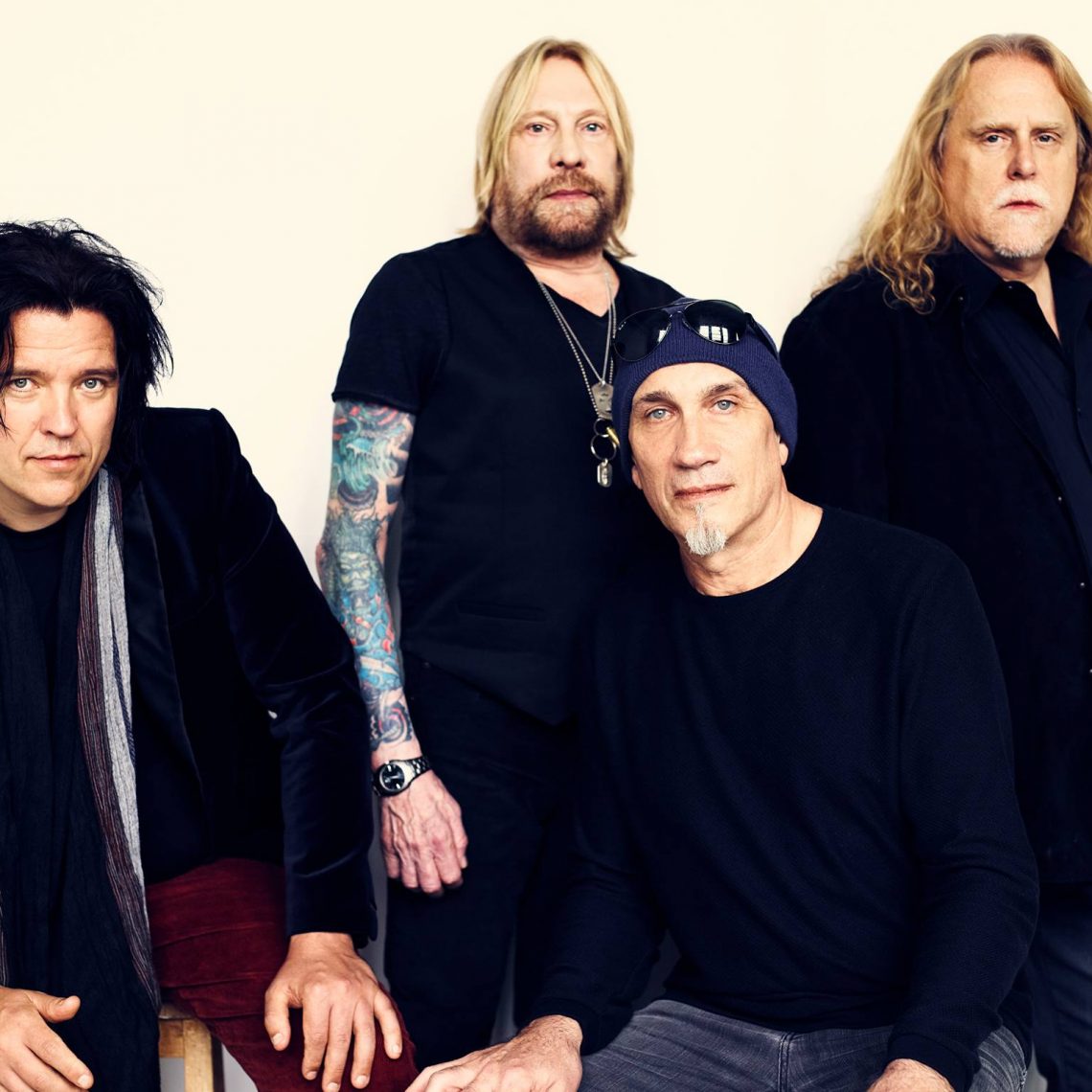 Rock titans Gov’t Mule have announced the release of Bring On The Music – Live at The Capitol Theatre, a brand new live CD/DVD package out June 28th via Provogue / Mascot Label Group. Filmed at The Capitol Theatre in Port Chester, NY, on April 27th and 28th, 2018, the 9-camera video shoot was directed by renowned music photographer and director Danny Clinch (Pearl Jam, Bruce Springsteen, Foo Fighters, Phish). The release features more than 2 hours of live music, a full-length concert film, interviews with the band, behind-the-scenes footage, photos shot by Danny Clinch over the years, and more.

This is the first time that Gov’t Mule’s updated stage set and production have been filmed, bringing the excitement and spectacle of a Gov’t Mule show directly into fans’ homes. CLICK HERE to watch the teaser for Bring On The Music – Live at The Capitol Theatre.

The release will be available in a variety of configurations: a 2 CD/2 DVD deluxe package (the CD and DVD feature entirely different track lists and includes bonus videos of “Soulshine” and “Traveling Tune”), two separate double-vinyl packages, digital, Blu-ray and a 2-CD package (featuring audio from the film). CLICK HERE to pre-order and for more details on each offering.

The title, Bring On The Music, taken from Gov’t Mule’s song of the same name that touches upon the passing of time and appreciating life’s journey, is a nod to the band’s treasured relationship with their fans. The Capitol Theatre has been the backdrop of many unforgettable shows for the band and is one of Gov’t Mule’s favorite venues to play. Inviting longtime Mule photographer and friend Danny Clinch to direct the film was also something of a destined choice, as Clinch’s relationship with Haynes pre-dates the band’s formation. A wide-ranging song selection from Gov’t Mule’s acclaimed catalog is featured on the deluxe release.
PERSONAL MESSAGE FROM WARREN HAYNES ABOUT BRING ON THE MUSIC:
Twenty-five years…. By the time you see and hear the performances from these two shows, Gov’t Mule will have celebrated 25 years as a band — something we never could have imagined. It’s no easy task keeping a band together for 25 years. You don’t get to do that without having built, nurtured, depended on, tested, damaged, and rebuilt important relationships. In fact, with any band that’s stayed around that long, it’s all about relationships. When we made the decision to document where the band is currently (musically speaking), it immediately occurred to us that this would be, among other things, a celebration of a lot of those relationships — starting with the one between the four of us.

The title, Bring On The Music, is obviously taken from the song of the same name that deals not only with loss and the passing of time, but also with our relationship with our audience as well. The same applies to “Traveling Tune,” which opens and closes the main program of the film. Without our audience, there would be no chance or reason for us to be around 25 years later.

It was also obvious that we wanted to film and record at the Capitol Theatre in Port Chester, New York, which is one of our favorite venues. Since its re-opening in 2012, myself and Gov’t Mule (together and separately) have played there many times and have had many magical shows there. To quote Jerry Garcia, “There’s only two theaters, man…. The Fillmore and the Capitol Theatre.”

Bringing in Danny Clinch to direct the film was a somewhat obvious choice as well. Having watched each other’s careers grow in ways that included twists and turns neither of us could have predicted, our relationship pre-dates the formation of Gov’t Mule. On his path toward becoming the “go to” photographer and film director for so many artists in the world of music, Danny would shoot the photos for many Gov’t Mule records throughout our career, going back to our debut album, for which he shot all the photos including the front and back covers. The band shot we chose for the back cover was the “Polaroid” of the first picture he ever took of the original trio, at Bearsville Studios in Woodstock. It was literally the very first photo taken in what turned out to be an 8-hour shoot. As I imagine most of you reading this know, the front cover of Gov’t Mule features the image of a mule draped in an American flag surrounded by trees. Most people I’ve talked with about it assume it was some sort of collage or illustration. No. Danny Clinch rented a mule and dragged it into Central Park in the heart of New York City to get that iconic shot. When we showed all the photos to Gregg Allman, he pointed at that one and said, “There’s your cover.”

Relationships…. It’s also important to point out the people that helped keep Gov’t Mule alive; people like Chuck Leavell, Oteil Burbridge, Dave Schools, Rob Barraco, Mike Gordon, Les Claypool, Jason Newsted, George Porter Jr., Greg Rzab, Audley Freed, Karl Denson and Andy Hess — all who came on the road with us at a time when we weren’t sure if we could continue. Andy, of course, went on to join the band from 2003 to 2008, bringing his own personality to the music.

Music…. The thing that’s helped us, individually and collectively, get through the inevitable hard times. The thing that’s driven every decision we’ve made as a band since our inception in 1994. The thing that’s ever-elusive but worth chasing for 25 years (and beyond), and that we’re all lucky to have as such a big part of our lives. The thing that’s connected all of us, everyone aforementioned, including the audience, and continues to grow like — and along with — the “circle” that’s been here since long before any of us and will be here long after we’re gone that will hopefully inspire and influence musicians, bands, and artists for the future the way we were all inspired and influenced by what came before.

So, bring it on! Everything’s gonna be all right. 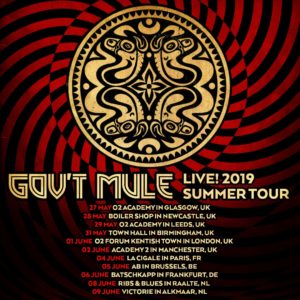 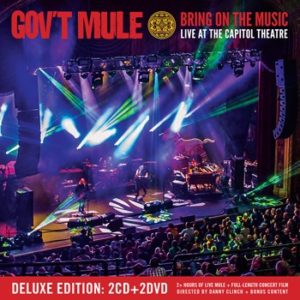 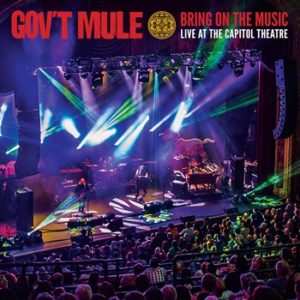 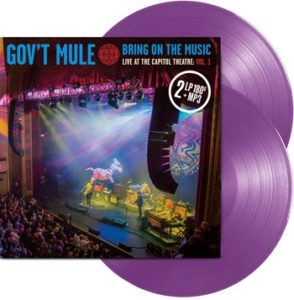 LP 1
A1 Railroad Boy
A2 Fool’s Moon
A3 Revolution Come, Revolution Go
B1 Traveling Tune (alternate version)
B2 Lola Leave Your Light On
B3 Blind Man In The DarkLP 2
C1 Thorns Of Life
C2 Time To Confess
D1 Beautifully Broken
D2 The Man I Want To Be
D3 Mr. Man 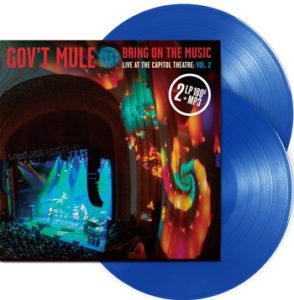 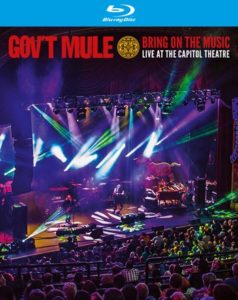