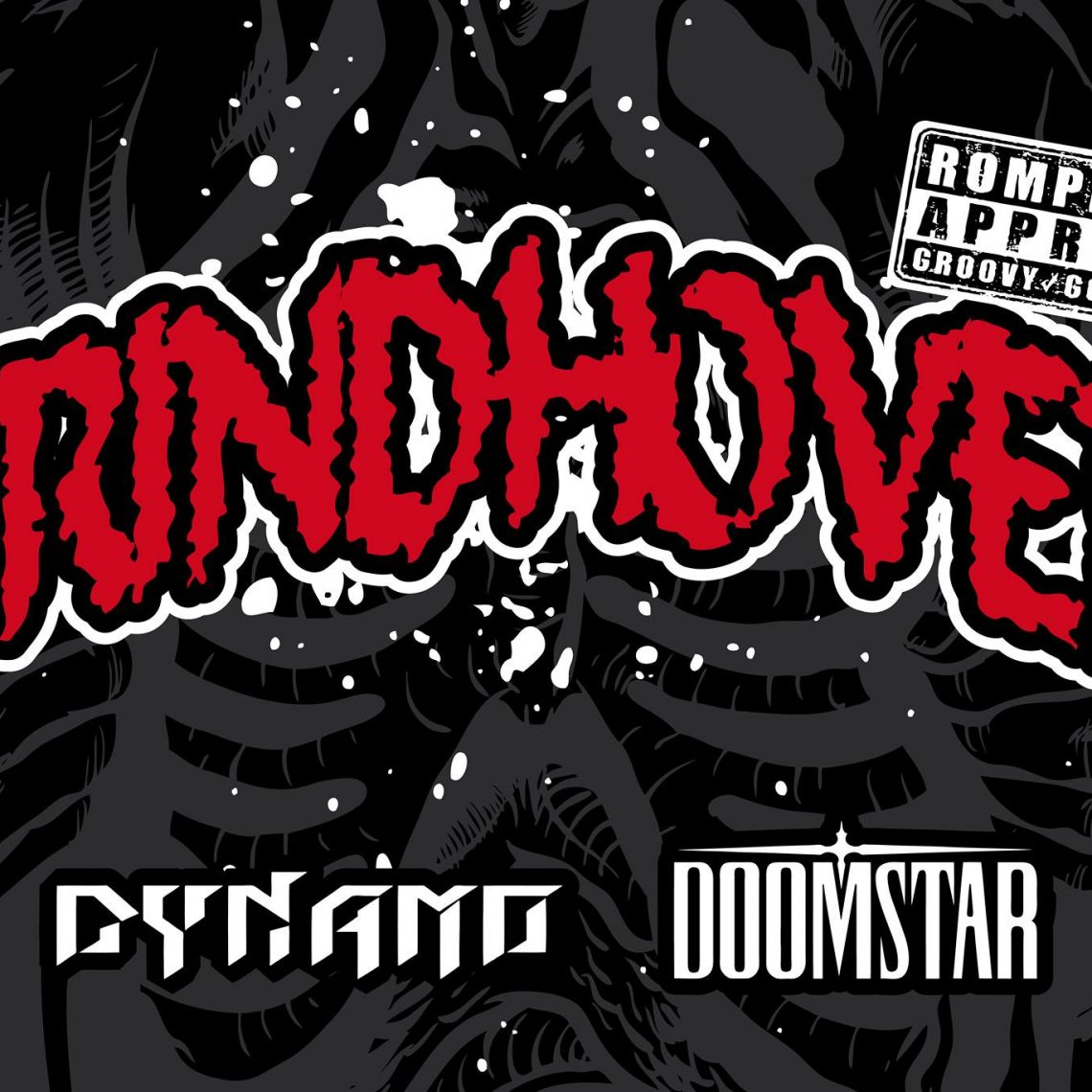 In cooperation with the boys from Dynamo Metal crew, the masters of gore grind Rompeprop present the full line up of the 9th edition of Grindhoven Festival. Grindhoven IX will take place at Dynamo – Eindhoven on April 4 2020 !!

Expect a lot of great, gory and disgusting bands and course DJ Steven Smegma, completed by various bizarre acts, umbrellas, some good ol ‘schlagers and’ smartlaps’, and of course the hosts themselves, the extremely friendly Rompeprop guys!

Entombed AD (SE)
The headliner for Grindhoven IX, none other than LG Petrov and his merry men of Entombed AD will bring their legendary Swedish death metal to our stage and help us clear out all the beer tanks at Dynamo on April 4!

Severe Torture (NL)
Hailing from the Low Lands, Severe Torture has been a bloodthirsty death metal band since 1997. Nowadays the band is cold and calculated with a cadaver or work that shows a lean and mean killing machine.

Rectal Smegma (NL)
Rectal Smegma was initially formed in 2003 by four guys from the west of The Netherlands, who set out to create brutal gore grind with lots of groove, blast beats and a humoristic party vibe all over.

Meat Spreader (PL)
The Polish gore punk band Meat Spreader is the bastard child of gore grind legends Jaro (ex-Dead Infection) and Arthur (Squash Bowels) born in 2016. When these guys take the stage you should prepare on a hefty dose or noisy rotten and old school gore grind core!

Feastem (FI)
Feastem was formed in the small port town of Raahe, on the northwestern coast of Finland in 2005 with one intent in mind: to play the fastest, most pissed off grindcore imaginable. Potentially the fastest band we’ve ever had on our bill!

Bütcher (BE)
Belgian speed metal band Bütcher is metal in the sense of the absolute riffing madness that once ruled underground. Dust off your bullet, squeeze yourself into those spandex pants and don’t forget your battle jacket. Get ready to headbang!

Powernap (NL)
Peter Pan Speedrock’s Bart Nederhand has formed a new band that will rock your guts out. Expect some crusty hardcore punk that will rip your ear drums out!

Heavy Hoempa (NL)
Heavy Hoempa is a Dutch brass band that knows how to rearrange some heavy music!

Kutwyv (NL)
The last but not least the jaw-dropping performance noise by the amazing Kutwyv! 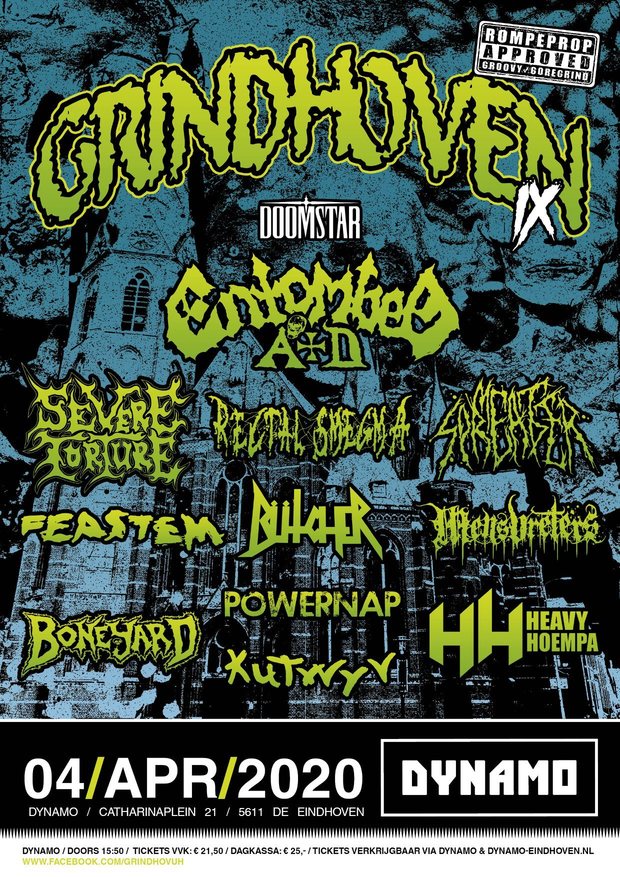