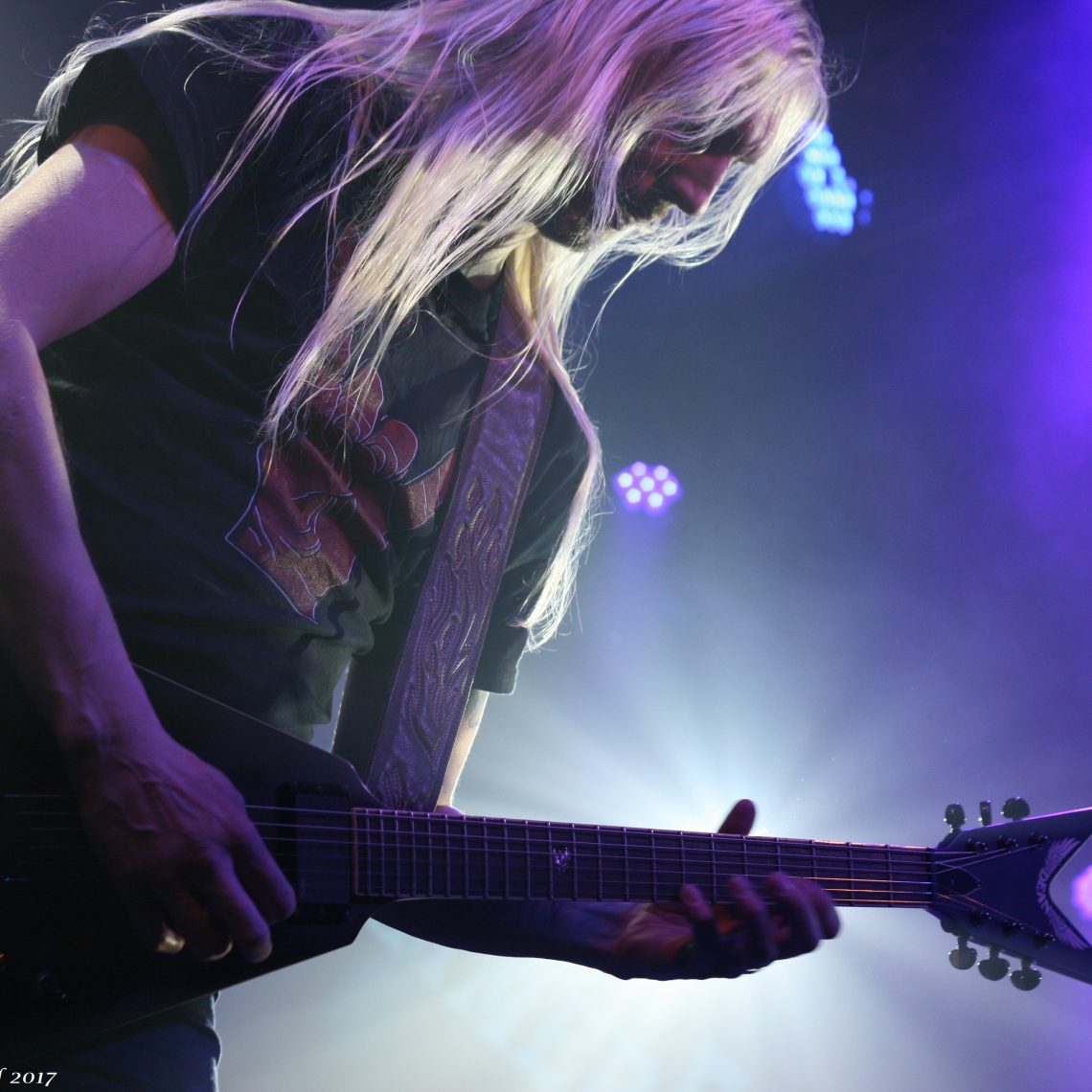 Hi Oscar, glad to see you guys made it here, we hear you have had some problems with gear along the way what happened?

KLM Royal Dutch airlines fucked up and basically our stage outfits and equipment have ended up somewhere like Amsterdam.

Luckily for us Destruction & Grand Magus have been kind enough to lend us their equipment otherwise there would have been no show from us today.

But never have i in my entire career gone on stage in my normal clothes, the clothes i arrived in here at the festival.

We don’t mind, you gave a stunning performance.

Thank you, it’s strange because we have a routine of getting ready in our stage gear and we know our own instruments inside and out so it was very strange for us going on stage in our own clothes.

You guys have just released your new album ‘Built to Last’ through pledge music, do you want to tell us a little bit about this?

Yes it was a new concept for us you know doing things this way, but after reading up on it – it seemed like a great idea! All the fans that came forward and pledged to us, the response was incredible. 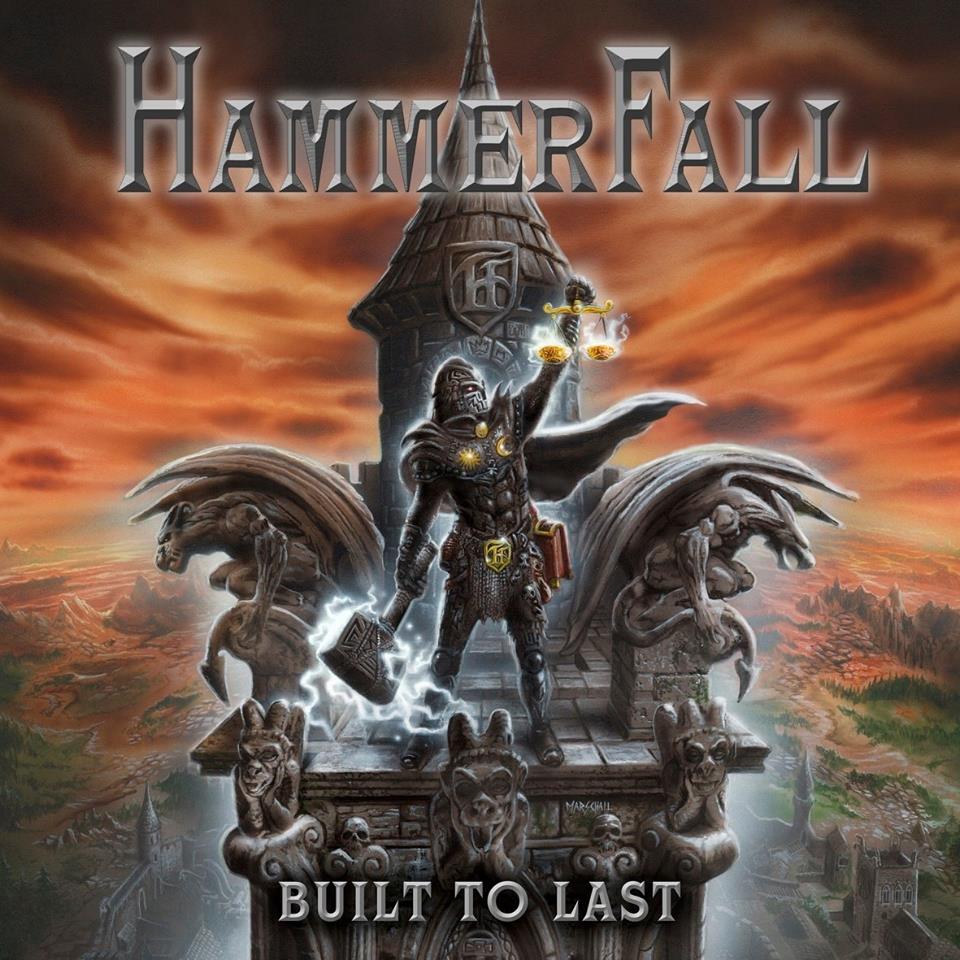 How did you find the recording process?

‘Built To Last’ is really similar to r(Evolution) which we released in 2014, at least recording wise anyway.

The drums and bass were recorded at my studio, Castle Black Studio, and Fredrik Nordström from Studio Fredman was behind the mixing desk.

You have your own studio; i bet that saves you a lot of time instead of going into a studio paid for then having to stick to a strict time line to get things done.

Yes we found it a lot easier doing it this way, and since we got Pontus in the band he is a really talented studio engineer himself, so things ran pretty smooth.

The vocals were recorded in L.A. with James Michael, we worked with him on the “Infected” album and the vocals just sounded so good that we had to continue working with him.

Wow so you guys did some parts of the album in LA that sounds pretty cool.

The chemistry between Joacim and Michael the way they work together that really makes it worth it, it works so well.

Who designed the new artwork for the album?

It was done by Andreas Marshall who painted the first couple of covers for HammerFall and then came back to paint r(Evolution).

It felt natural to ask him to do the new cover as well since it feels like a natural progression for HammerFall.

Does the cover have any meaning or significance to any of the songs?

The title is “Built to Last” and that’s just us HammerFall , we are tight you know just like brothers, a strong unbreakable bond.

Do you have a favourite track off the new album?

I think it has to be “Hammer High”, just the way everyone gets involved with it in the crowds, it’s really energising to play.

What was it like recording the video for Hammer High?

Usually we hate recording videos as it can be a pain in the ass doing the same thing over and over you know, but this one was relatively easy to do.

A couple of takes and we were done.

How did you find the crowds here today at Hammerfest?

It was just incredible, we were running off pure adrenaline, even though we didn’t have our own stage clothes or instruments we went out there and had fun, the crowds reaction to us as always was amazing.

Well thank you so much for your time Oscar we really appreciate it! 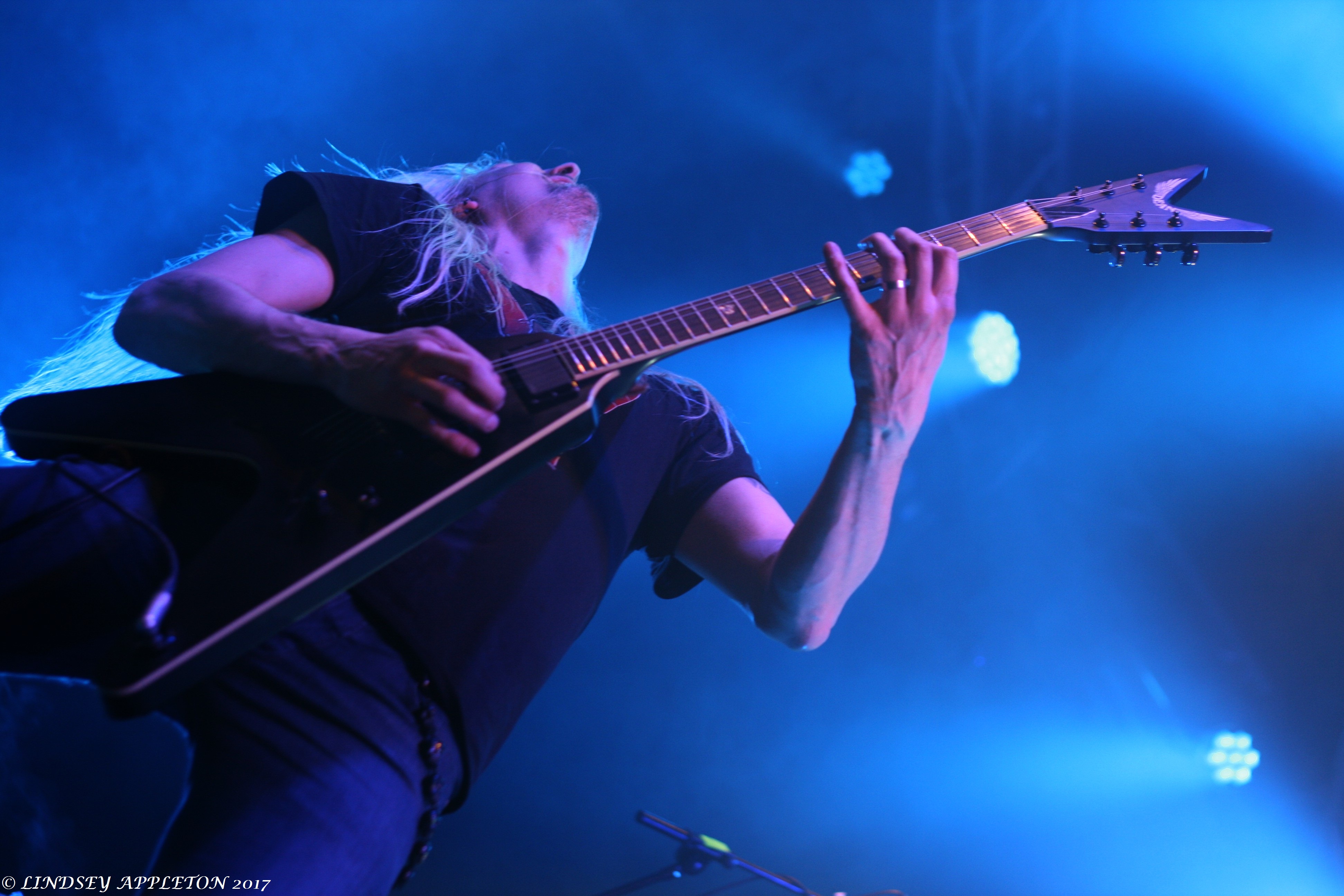