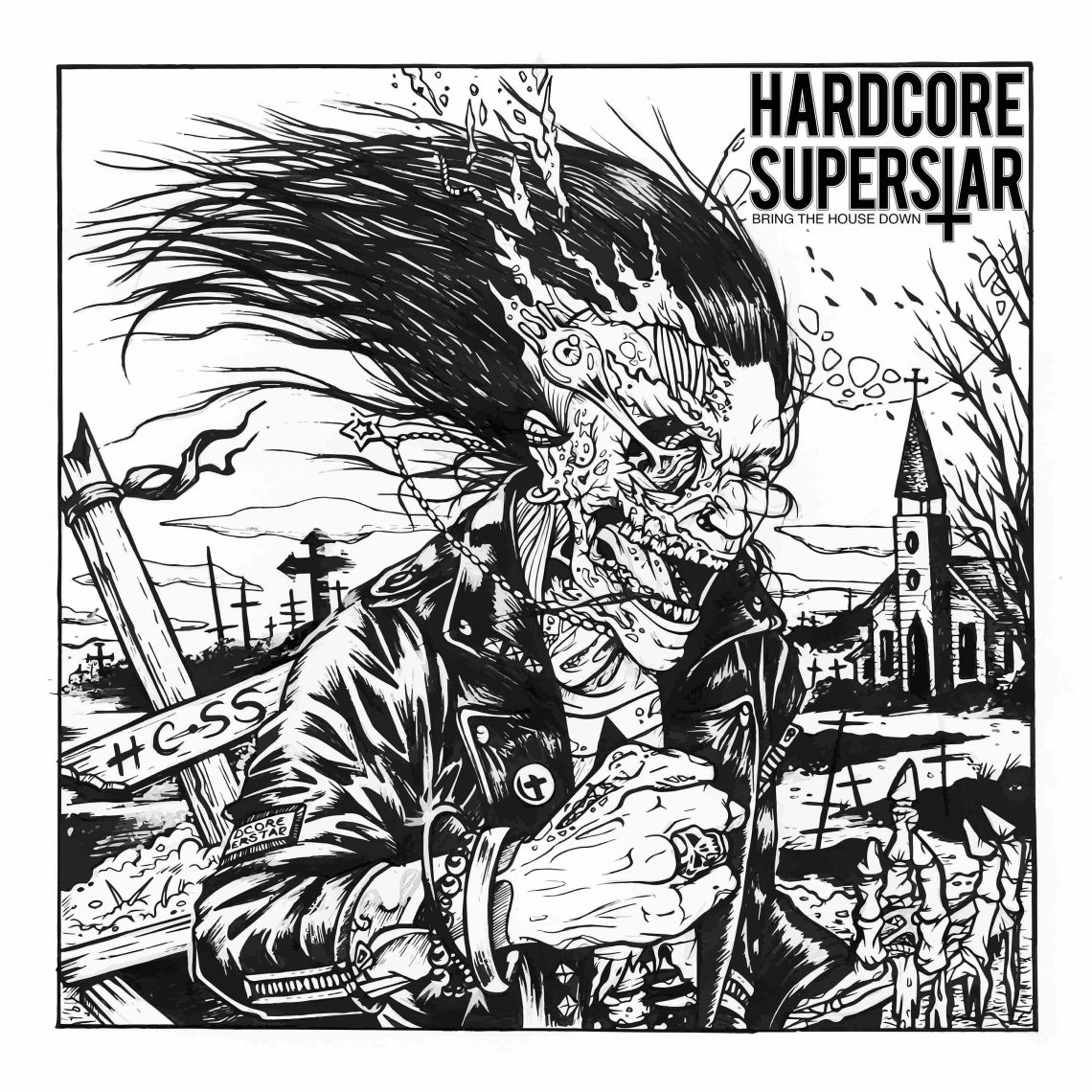 After wrapping up 2017 with their huge radio hit “Have Mercy On Me” and completing a highly successful co-headline tour playing to many sold out crowds throughout the UK and Europe with FOZZY, the original Wild Boys of Gothenburg are set to release their second single and video “Bring The House Down” on 23rd February 2018, via GAIN Music Entertainment.

Taken from their forthcoming full-length studio album “You Can’t Kill My Rock N’ Roll” that is due to be released on 21st September, “Bring The House Down” is bound to become a classic Hardcore Superstar anthem: loud, proud and perfect for blasting out at maximum volume!

The single will be available on all digital platforms on 23rd February and will be followed up as an exclusive, limited edition 7” vinyl single.

To coincide with the release of “Bring The House Down” the band are embarking on a new tour, including selective co-headline dates with fellow countrymen Mustasch, that will take them through all of Sweden before they headline the opening day of the prestigious Sweden Rock Festival in June.

Since the debut album was unleashed in 1998, Hardcore Superstar have crossed the globe multiple

times sharing stages with Rock and Metal Royalty including AC/DC, Aerosmith, Kiss and Motörhead. They have also performed at the world’s largest and most distinguished Rock Festivals such as Wacken, Download, Loudpark, and SwedenRock to name just a few.

Further festival dates will be confirmed soon, alongside additional tour dates that will see the band travelling far and wide throughout 2018 and beyond.

2018 is the bands 20th anniversary as a recording and touring artist and the celebrations will include some very special events. Stay tuned!

“Bring The House Down” will be released on 23rd February 2018, via GAIN Music Entertainment.