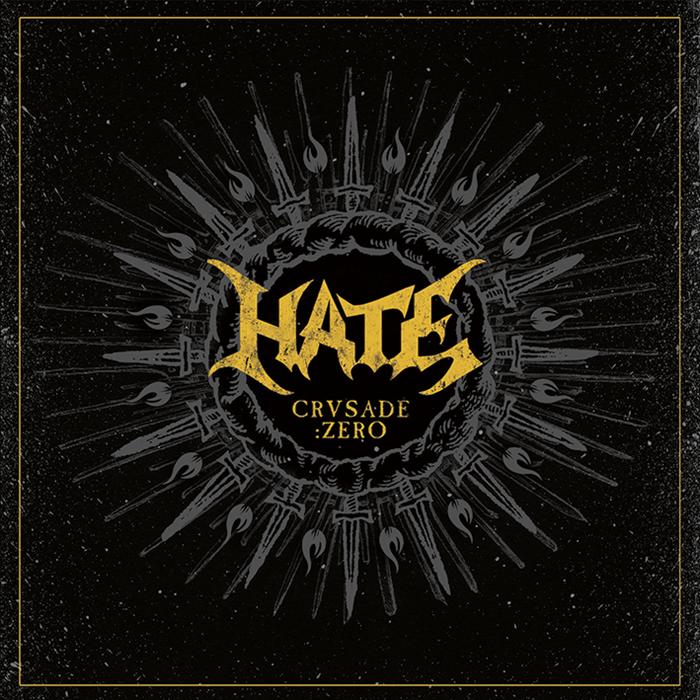 Since their inception in 1990, Poland’s Hate have blazed their blackened trail across the extreme metal landscape and over the course of the previous eight albums have solidified into arguably the cream of the Polish death metal crop.

Crusade:Zero is the ninth full length album from the trio and, as us fully expected, is sickeningly heavy, yet with some genuinely inspired touches.

The scene is set with not one, but two intro’s in the form of “Vox Dei (A Call From Beyond)“and “Lord, Make Me An Instrument Of  Thy Wrath” respectively. This is a bold move and in lesser hands it could have made for a less than exciting opening, but rest assured it serves to set the atmosphere and heighten the anticipation of the ensuing carnage.

The first track to be summoned from the depths is “Death Liberator“, which is a real slow burner, preferring to assault the senses with some taut guitar work and the intense vocal attack of ATF Sinner, who sounds like David Vincent on steroids, before building up to a furious climax amid a storm of double bass drums. Laced throughout this track and indeed the album as a whole are some nice lead guitar flourishes which really give the songs some extra depth and remind me a lot of Reinkaos era Dissection.

Next track “Leviathan” is as colossal as the title intones, with an intro that sounds for all the world like someone pounding on the gates of hell! Built around a crushingly simple yet effective riff, it soon detonates into a searing blast of malevolence with a jaw dropping performance from drummer Pawel Jaroszewicz, who creates an absolute maelstrom of intensity behind the kit.

The production on this album is absolutely first class, which in turn showcases just how tight in the studio this trio are. The guitars are deliciously thick and brutally heavy, the bass hitting you squarely in the guts while the drums relentlessly propel everything along effortlessly.  There is an inherent sense of melody and groove infused in these songs which I feel sets  them apart from a lot of their contemporaries and it definitely makes for a more varied and interesting listen.  Knowing when to go for the jugular and when to take their foot off the gas makes sure that this is an album which hold your interest and keep you coming back for more.

“Valley Of Darkness” is, in my opinion,the standout cut of the album. Simply put, this is a beautiful piece of music,equally dark,somewhat haunting and utterly compelling. The lead guitar on this track is simply outstanding and it’s probably the most epic track on the album.

There’s also an underlying progressive streak here as is evidenced by the track “Rise Omega The Consequence!” which again features some fantastic guitar work coupled with some black metal style riffing.

“Dawn Of War” is the closing track on the album and it’s a full pelt assault which brings to mind Morbid Angel at their most intense, but with an added sense of grandeur. Again, there is a real epic feel to this track which is punctuated by some quality lead playing.

As the outro “Black Aura Debris” eases you back to earth, it really hits home how much passion has gone into the creation of this album and I imagine when the band are touring in support of it there will be a few devastated stages across the world! 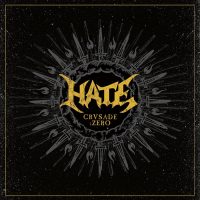 Tracklist
1. Vox Dei (A Call From Beyond)
2. Lord,Make Me An Instrument Of Thy Wrath
3.Death Liberator
4.Doomsday Celebrities
5.Hate Is The Law
6.Valley Of Darkness
7.Crusade Zero
8.The Omnipresence
9.Rise Omega The Consequence
10.Dawn Of War
11.Black Aura Debris