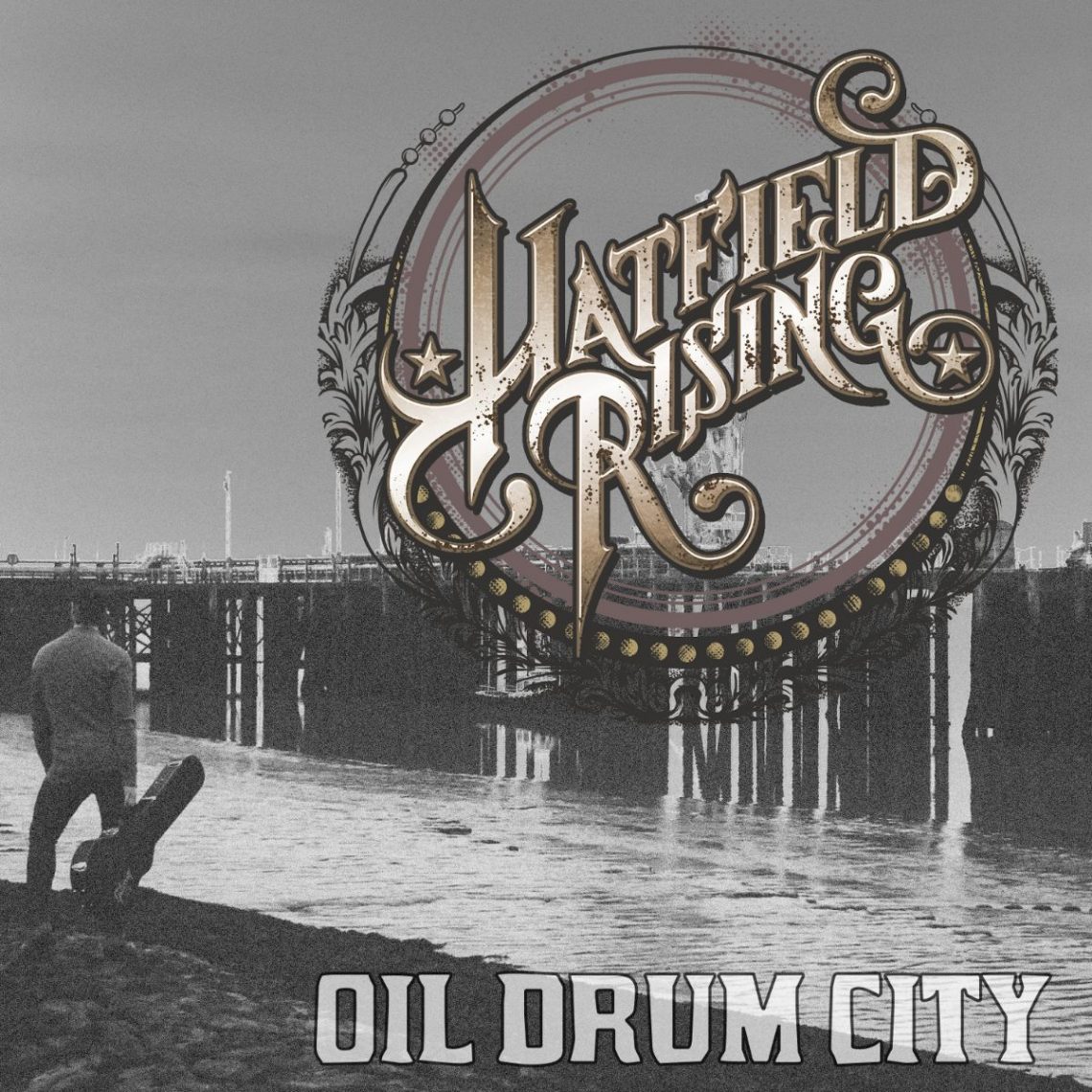 The single is taken from their EP – Possessions or Money and will be available through all reputable streaming and download services and is accompanied by a promo video.

Oil Drum City signals an enormous nod to the legendary British rhythm and blues band, Dr. Feelgood and their first album ‘Down By The Jetty’. Partner that with a father/son experience of the Essex Island that is Canvey, along with the history of the place with it’s landscape of the river banks and it’s musical legacy; Oil Drum City is essentially the result of a guitar driven ride to the Thames Delta.

The track evolved from a scribble of lyrics by bassist, Tiv Taylor who had the words ‘down at the jetty, Oil Drum City never looked so pretty’. Collaboratively Rory (singer) and Tiv put the concept together by taking personal experiences into account. Rory spent his teenage years working in a pub kitchen throughout the summer breaks and spent many a night clocking off work and strolling to the river side near Holehaven Creek with a beer in his hand and looking across the water, while Tiv relived his time spent in Canvey watching live bands in the social clubs, around the time when Feelgood were going strong. There are subtle references to both these points in the lyrics with lines such as ‘sitting by the river watch the ships sail by, underneath that burning flame in the sky’ and ‘watching Dr. Feelgood at The Oysterfleet, moving like Wilko singing with Lee’.

The music, again stemmed from a riff that Rory had, which is what you hear at the top of the track. To give it a slightly heavier, more industrial feel, the song is played in Drop D tuning, (or drop C# as the band play half a step down). Being aware that the track could easily become too heavy and would stray from the southern/country fuzz genre which the band strive to emulate, former drummer, Stuart applied almost a shuffle beat on the snare to drive the verses before unleashing into an open beat, another salute also to the tracks R&B roots.

From a production point of view, Rory describes that ‘the track was fairly straight forward to capture. It was mainly about having the combination of layering both guitars and grouping vocals for a punchy outro, the main goal was to make the song as big as possible’. Both Rory and Ollie (guitarist) have the opportunity to share the lead work; Rory takes the call and response section of solo, whilst Ollie follows up closely behind. Rory adds ‘playing it live, the only real tricky bit is replicating my layered vocals in the latter part of the second verse in which Tiv has to jump in and take the reins. It’s also important that we don’t let the song run away with itself as it needs to still have that rootsy rock n roll feel as opposed to a hard rock metal track’.

Hatfield Rising are now in the studio writing and recording their debut album.