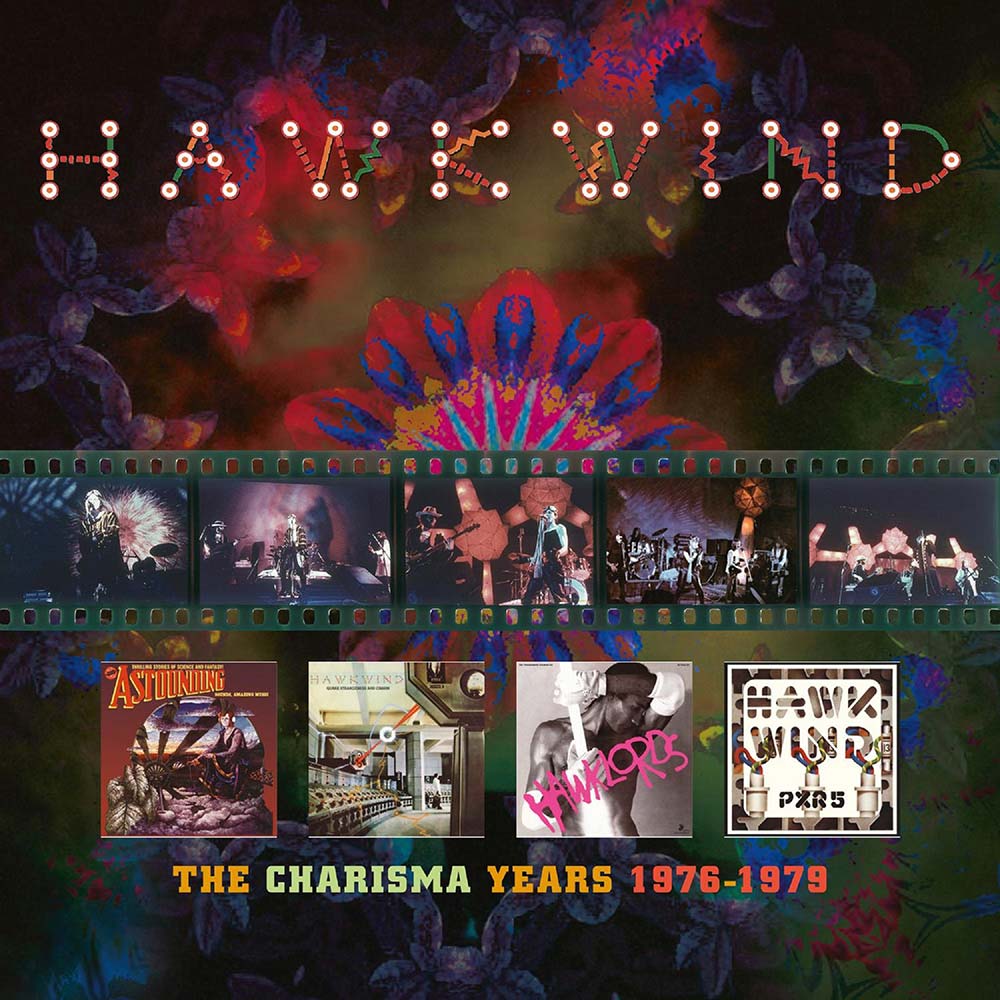 What can be said about Hawkind that hasn’t been said before? Pioneers of space psychedelia rock, Hawkwind are probably one of the most influential bands since Pink Floyd.

Every album is a great testament to not only their songwriting ability, musicianship but also to their story telling skills. Every album is a sci-fi story classic & a masterclass on how to overdub & double track vocals without the use of a computer.

Full of some of the most superb sounding space rock & all lovingly re-mastered. This is the most underrated era of Hawkwind.  Astounding Sounds, Amazing Music had a lot to prove as this was after the departure of Lemmy (RIP) & their hit single Silver Machine.

This was a band with everything to lose but a shit load more to gain. Hawkind weren’t going to rest on their laurels & they made 4 brilliant & inspired albums.
Quark Strangeness & Charm was the 1st album without co-founder Nik Turner. This album alone showed a growth in not just sound but the ability of  Robert Calvert as vocalist.

PXR5 was their 9th album & despite its relative success, Hawkwind split up & went on hiatus.

All 4 discs are housed within a clamshell case, in their own cardboard sleeve which features the original artwork along with a splendid looking illustrated poster.

This is an essential purchase to finally retire the vinyl & update the collection. 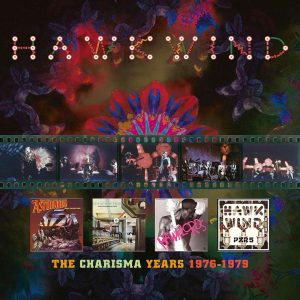 1. SPIRIT OF THE AGE
2. DAMNATION ALLEY
3. FABLE OF A FAILED RACE
4. QUARK, STRANGENESS & CHARM
5. HASSAN I SABBAH
6. THE FORGE OF VULCAN
7. THE DAYS OF THE UNDERGROUND
8. THE IRON DREAM