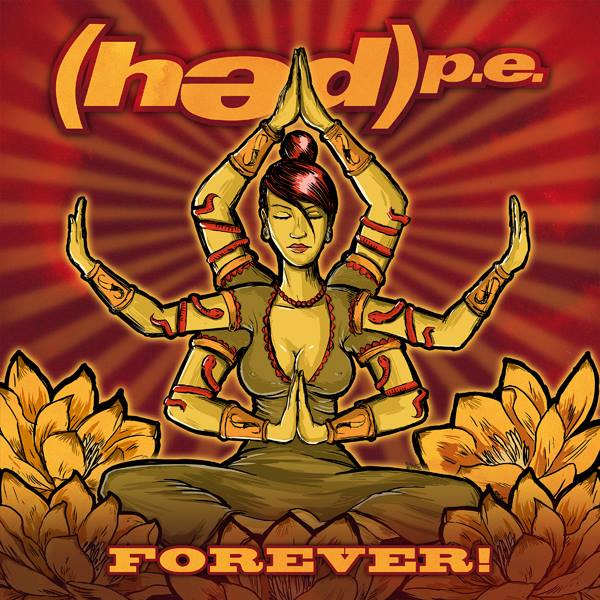 (hed)p.e. are back with their 10th studio album (I couldn’t believe that either) & as with all (hed)p.e. albums, Forever! is completely different to what has gone before. How they come up with new ideas for an album is beyond my comprehension.

A complete fusion of rock, metal, funk, reggae, hip hop & even death metal, this is a blinder of an album.

Kicking off proceedings Live grabs you right by the short & curlies & doesn’t let go. A crescendo that brings in Jahreds first death metal growl which then gives way to his signature rap style.

This opus is littered with a tonne of social comment. This album packs a hell of a punch with loads of home truths especially with the track Pay Me.

There are tracks that trip you up too. One of a Kind is exactly what it says on the tin. Starts with Rasta style music & vocal before slapping you in the face with the force of a 10lb hammer.

The flute laden instrumental of The Higher Crown is the only reprieve you get before the remainder of the album takes you on an incredible journey to the Caribbean.

Gregzilla shows that he’s not just a solid rythym player but can shred with the best of them. There’s also an abundance of pinch harmonics from Gregzilla as well. A well-rounded guitar player. It would be interesting to hear a solo record of his.

Jahred goes from death growl to clean melodic vocal with an unsurpassed ease.

Kurtis on bass & Traumas drums have such a rumble that you’ll think there’s an earthquake happening when you crank the hell out of this album.

It’s going to be a tough choice to pick a single off this record. They’re all so strong & I certainly wouldn’t want the job of trying either

This is the record that Papa Lazarou would be playing right before the midget clowns scare the children. It’s that much of an insane album & live it’s going to be absolutely mental.

If you thought Evolution was a good album, this blows it out of the water.

Definitely hed p.e.s most eclectic album to date & it’s a real contender for my album of the year.