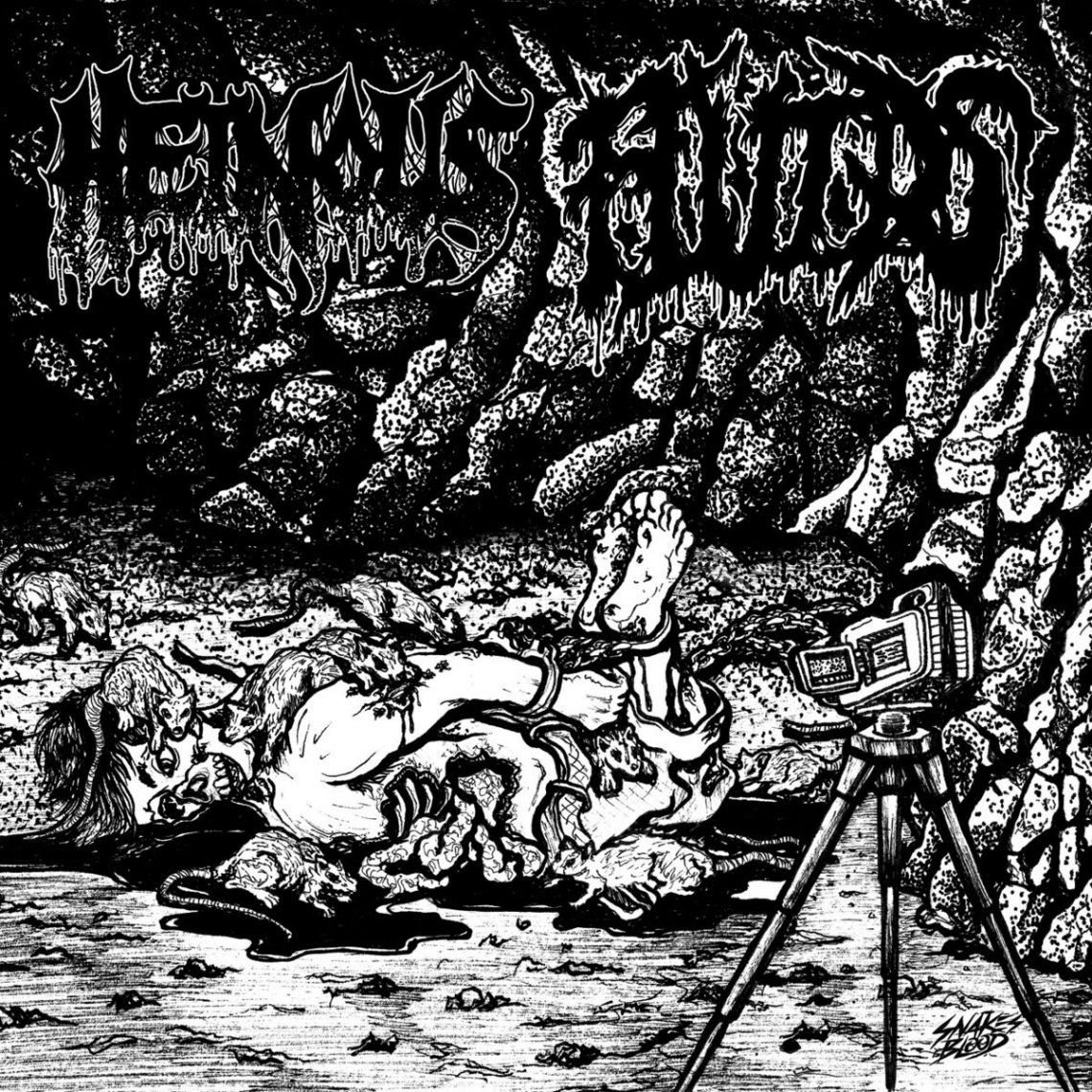 24th April 2020 0 By John Deaux
Horror Pain Gore Death Productions is proud to unleash one of the dirtiest, most disgusting, vile atrocities to emerge in the underground! Snuffed / Torture Euphoric is up now for pre-order and will be released May 29 on CD and Digital formats, along with merchandise and bundles.
No-huss maniacs HEINOUS make their HPGD debut spewing forth four new tracks of groovy goregrinding Death Metal with a nod to Dead Infection, Bile and Cock And Ball Torture.
Mortician-obsessed Deathgrinding killers FLUIDS also make their HPGD debut on this filthy split with a double dose of chunky, gore obsessed, NO HUSS Deathgrind for when you want a little shot of Dick Dale with your Mortician!
For fans of Birdflesh, Carcass, Exhumed, Gruesome Stuff Relish, Haemorrhage, Impetigo, Lord Gore, Machetazo, Napalm Death, Noisem, Pissgrave, Regurgitate, Rompeprop and Torsofuck.
TRACK LISTING:
HEINOUS
1. Severed
2. Shrunken Head
3. Mortuary
4. Killdozer
FLUIDS
5. Capped
6. Chunked