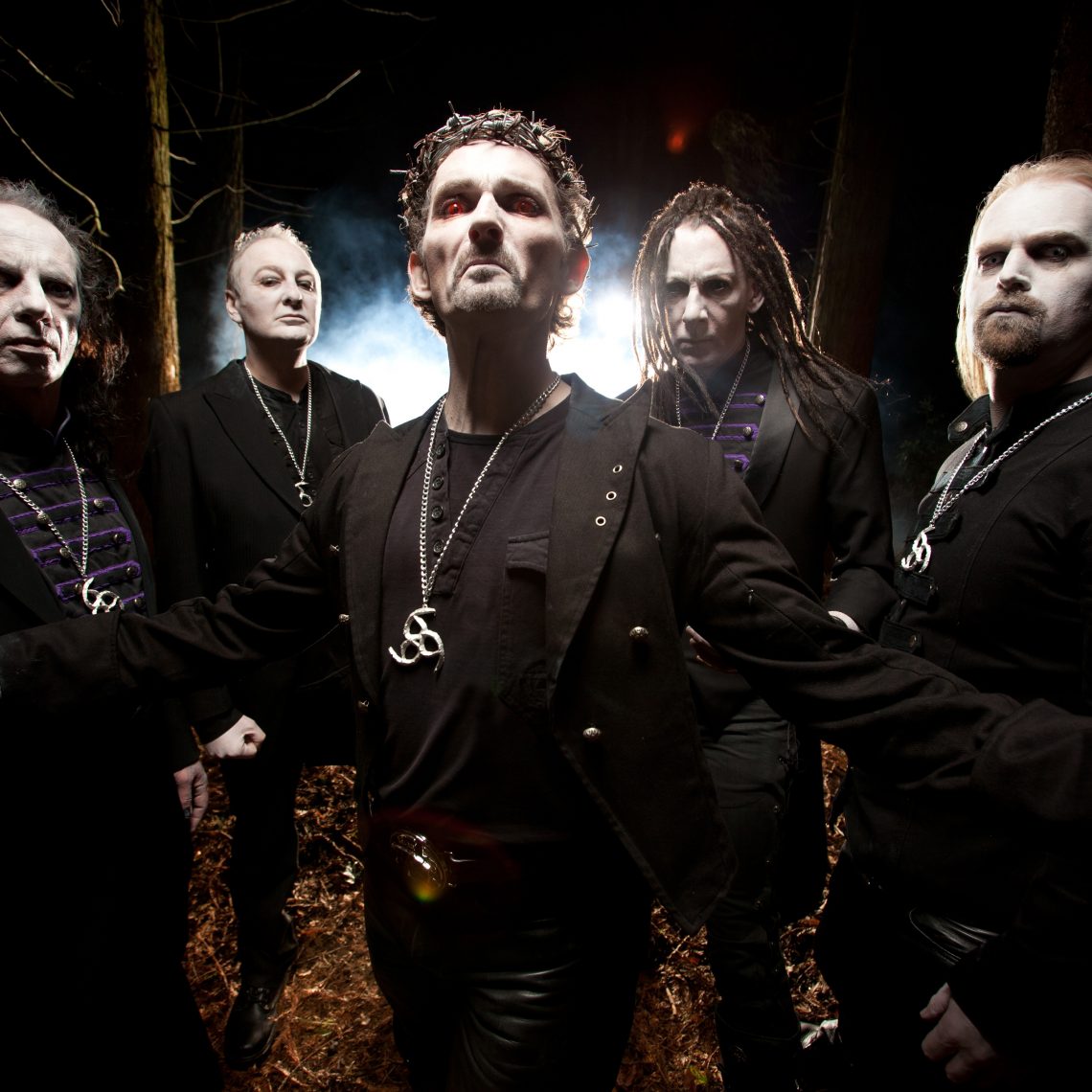 Hell :: Details on their new album

Risen from their own legacy, having disbanded in 1987, HELL were reincarnated  in 2011 with the addition of Andy Sneap (guitar) and David Bower (vocals) joining original members Kev Bower (Guitar and Keys), Tony Speakman (bass) and Tim Bowler (drums). Now the British quintet is about the release the follow-up to its highly acclaimed debut ‘Human Remains’ (Nuclear Blast 2011). The sophomore offering of the band, ‘Curse And Chapter’ will also be released via Nuclear Blast on November 25th 2013.

‘Curse And Chapter’ will include a bonus DVD, offering 6 songs from their show at the Darwin Suite Assembly Rooms in Derby, on February 23rd, 2013.
As a first lead-off single, HELL will release ‘The Age Of Nefarious’.

Commented Sneap on the upcoming release: “We’ve been working solid on the album for the last couple of months between gigs, although we’ve been demoing to a good standard over the last year or so. This time around the album consists of around 50% old material 50% new. We really see this as a band that’s moving forward rather than a nostalgia trip, obviously there’s a lot of history within the band, but there’s also a whole world of ideas we want to get out. We have this week left tracking, 4 more vocals and bass to get down, 2 more songs of guitar and then mix. I’m super happy with how things are shaping up, it feels more like a band on this record to me than the first, which I guess is just a natural progression of everyone playing together a lot more over the last couple of years.”

Concerning the lyrical content, vocalist David Bower added: “Alongside some of our favourite themes of historical, political and religious persecution, intolerance and prejudice, you will find some good old fashioned myths and legends being invoked and reinterpreted in our own inimitable way. We also have some songs in which the listener will be implicitly invited to solve the clues contained in the lyrics in order to find the meaning of the stories for themselves. Being completely aware that many people interpret things in ways that writers do not expect as a matter of course, it seemed logical to take that idea a little further. “

About the album title Bower explains: “It’s a hellish play on words of the English saying chapter and verse, and also a reference to a song lyric in ‘The Age Of Nefarious’, the opening track on the record.”

HELL will also be playing the Metal Hammer ‘Defenders Of The Faith’ Tour alongside label mates Carcass and also Amon Amarth and Bleed From Within.