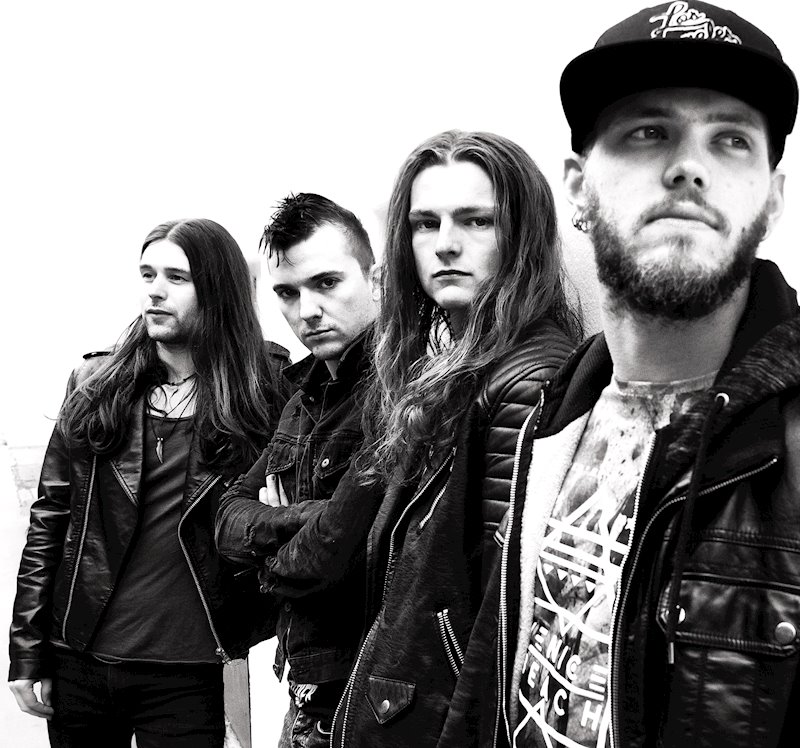 27th June 2018 0 By John Deaux
Oxford hard rock four piece Hell’s Gazelles have released a music video for ‘Take Your Medicine’, the title track from their new ep out 27th July. Ballsy riffage with foot to the floor drive and groove, Hell’s Gazelles deliver a truckload of ROCK ahead of their slot at Amplified Festival this July.
Whilst sonically monstrously fun, the lyrics cast a slightly darker shade on society today. “This song is about second guessing the duplicity of others, and fighting what lurks in the shadows, both within and without“, explains vocalist Cole Bryant. “Musically it represents so much of what we’re here to do as a band and as soon as it was written we knew it should fly the flag for this EP.”
Recorded and produced by Chris D’Adda (Wayward Sons, Toseland) at Vale Studios and mixed / mastered by Neil Kennedy (Creeper, Milk Teeth) at The Ranch Production House, the forthcoming ep ‘Take Your Medicine’ features five high-energy slabs of modern hard rock goodness tinged with metal influences! Hell’s Gazelles have been making a name for themselves on the live circuit supporting the likes of Black Moth, The Treatment, Desert Storm plus playing Bloodstock Open Air, HRH Roadtrip and more with their own brand of big hooks, bulldozer riffs and soaring vocal acrobatics courtesy of enigmatic frontman Cole Bryant. The new five track offering is set to heighten this young band’s profile and strengthen them as a British rock group to must see!
Hailing from Oxford, (“It’s more than just a university city; musically it has an extremely varied scene, with Rockers, Punks, Metalheads and even Blues fans all making up a rich and diverse undercurrent of alternative music”, says frontman Bryant), Hell’s Gazelles sonic delivery on the new ep will satisfy fans of classic rock/metal music with an edge , whilst the band hungrily continue to evolve.
“As musicians we made a point to embrace our modern heroes, not just those of days past, and we think the new ep is better for it. It all boils down to one simple thing: we’re always looking at how we can craft the best songs possible. With ‘Take You’re Medicine’ we’ve lost nothing in the transition since the release of our debut, we’re four guys who love Rock music and are always looking to invite mass hysteria whether possible. Come join us!” – Hell’s Gazelles.

To celebrate the EP launch Hell’s Gazelles will play a special hometown show at The Bullingdon, Oxford on Friday 20th July. Herman Terrance Aubrey Boyce (better known as ‘Boycie’ from popular classic sitcom ‘Only Fools And Horses’, played by actor John Challis) had this to say about the event and new ep:

Tickets for the show are on sale now: http://www.wegottickets.com/event/439464 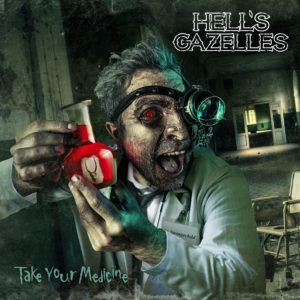 Frontman Cole Bryant talks about the new songs on the ep: “Much of the record deals with mental health, faith, faithlessness, and disillusionment, both in politics, and in our own personal experience of life. A lot of people feel disillusioned right now, I wanted to tap into that. With almost any Hell’s Gazelles lyric I’m generally making at least two points at the same time, so you have to read between the lines.”
Encapsulating the energised, thought provoking and wild delivery of ‘Take Your Medicine’; the EP artwork (by Very Metal Art) features the maniacal scientist ‘Dr. Strangechild’.